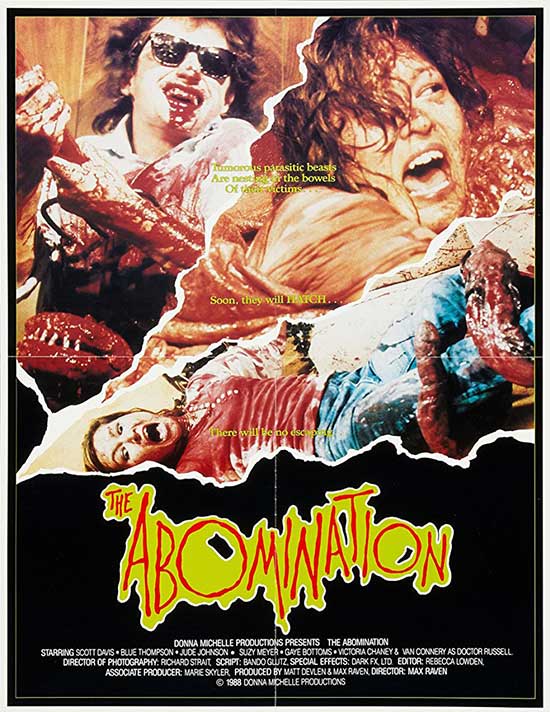 An old woman coughs up what she believes to be a tumor. While asleep, the thing crawls inside of her son and reproduces inside him, then causes him to go on a killing spree to feed it.

The Abomination is the first full-length movie written and directed by Bret McCormick (see also One Man War and Repligator), but for whatever reason he decided to do so under not one, but two aliases, and so on paper this is a film written by Bando Glutz and directed by Max Raven. This movie is the quintessence of 1980s low budget horror found on the shelves of the local video rental store, from the blood-soaked, attention-grabbing VHS box art and tagline hype that is never fully realized to the amateur acting and low-quality sound. And, much like so many of its brethren, it ends up feeling uneven and incomplete, a good, even great, idea that simply loses its way. 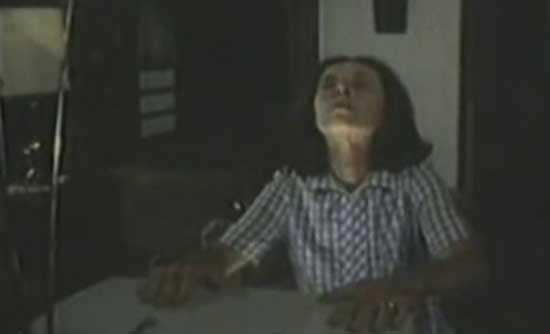 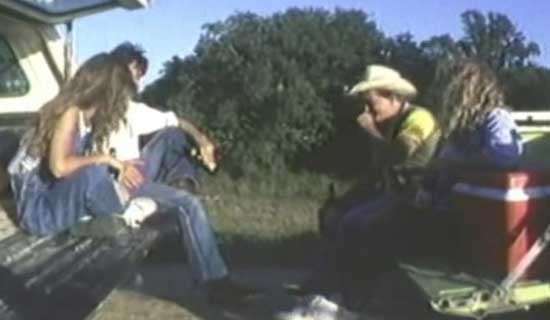 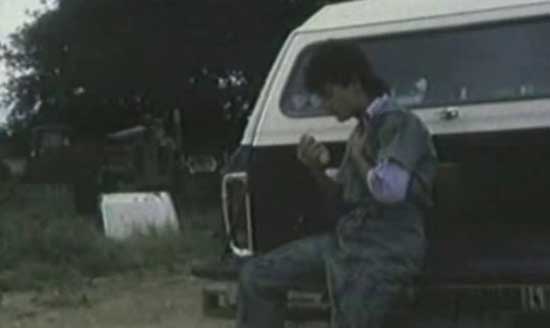 The movie opens with Cody (Scott Davis; Witchcraft III: The Kiss of Death, Roller Blade, and even Necessary Roughness) talking to a doctor about his violent reoccurring dreams. It all started back when his mother, Sarah (Jude Johnson), told Cody that televangelist Brother Fogg (Rex Morton) let her know she has a tumor growing inside of her. Of course, he is as skeptical of the phony televangelists as Otto from Repo Man, so he storms out. Shortly thereafter, she coughs out a large, pulsating chunk of tumor. Once Cody’s come home and gone to bed, the tumor wriggles its way out of the garbage and down his throat. Soon he is coughing out tumors – plural – and hiding them around the house, where they grow into larger creatures which demand to be fed. And they prefer the taste of human flesh, which is where Cody’s murderous impulses/dreams come into play, bringing us almost full circle.

The Abomination – the title referring to the book of Revelation in the Christian bible, with the tumors symbolizing/embodying “the abomination of desolation” – deals with some deeper concepts than might be expected from a low budget horror film shot in Texas on Super 8 film in the 80s. It could be read that the tumor that grows inside of, and is then expelled from, Sarah was put there intentionally by Brother Fogg via Sarah’s consistent viewing of the televangelist’s show on TV. This idea of televised content physically infecting and/or harming the viewing audience harkens back to a film from just three years prior: David Cronenberg’s Videodrome. And this isn’t the only time the work of Cronenberg comes to mind while viewing McCormick’s film. The design of the coughed-up tumors as well as their behavior resembles the parasites from Shivers (1975), both of which find their way into their victim and take control of their faculties. There is no doubt also a religious aspect to the film, although which side it presents (pro or con) may depend on the viewpoint of the audience. 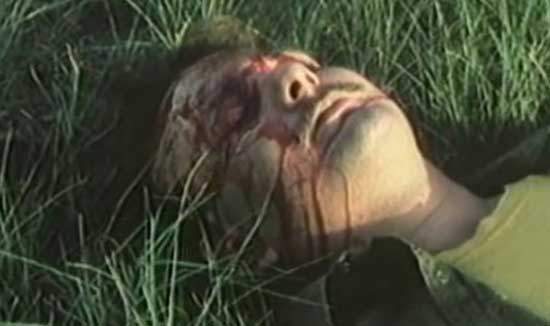 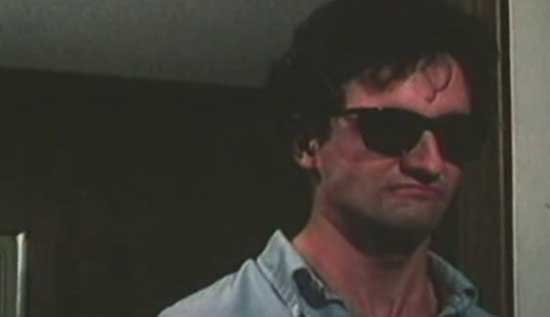 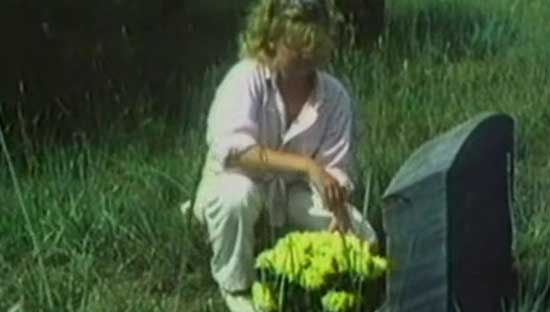 Deeper than expected subject matter and comparisons to Cronenberg aside, The Abomination is far from perfect. The sound quality throughout the film is rough, with many sound effects not matching up and the dialogue clearly overdubbed. This overdubbing links directly to the next problem: the acting. Now, these are not seasoned actors, and many list this film as their only acting credit (sidenote: a number of the cast also appear in Matt Devlen’s Ozone: The Attack of the Redneck Mutants of the same year, a film produced by McCormick), so perfection is not expected. And it is certainly far from perfect. For example, there is an early voiceover between Cody and his doctor where it sounds as if the doctor might actually fall asleep mid-word, he’s so bored by his own line reading. Luckily, the effects and creatures (made by Dark Fx, LTD), while obviously low budget, succeed in delivering some creepiness and grotesque imagery (despite occasionally bringing Little Shop of Horrors to mind).

And then there’s the weird. The parts that seem unexplainable. The scenes that leave the audience scratching their collective head. The movie opens with an inexplicable three and a half minute montage featuring much of the blood and gore and violence that fill out the following 85 minutes, intermixed with shots of Cody waking violently from a nightmare. It starts to almost feel a little Inception-ish, but without any of the style or substance and double the confusion. 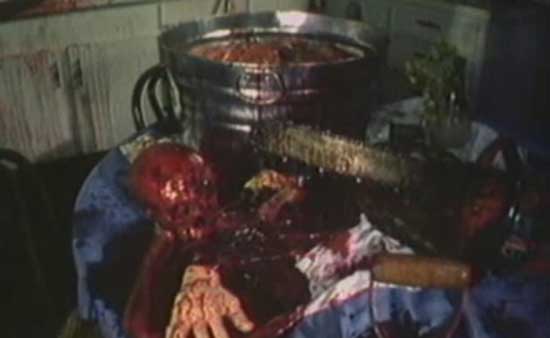 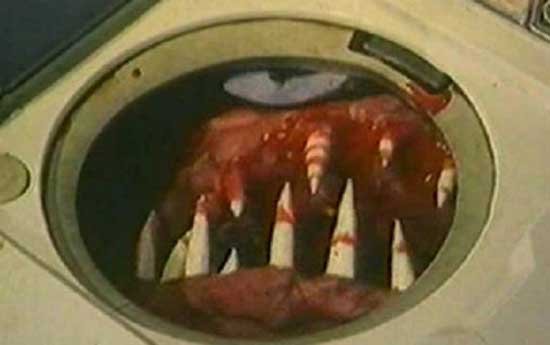 Eventually the audience will no doubt lose track of whether the film is showing present time, or is still following Cody explaining his dream to his doctor, but the Wizard of Oz-style ending will quickly clear that up and at the same time feel completely unnecessary and more like a cop-out than a resolution. Add in the extremely angry toilet sounds produced by Brother Fogg both times he is seen outside of TV (for real, what did he eat?) and the regular cutaways to random farm animals in completely unexpected times, and it’s easy to forget the bad acting and technical faux pas in favor of the bizarre. 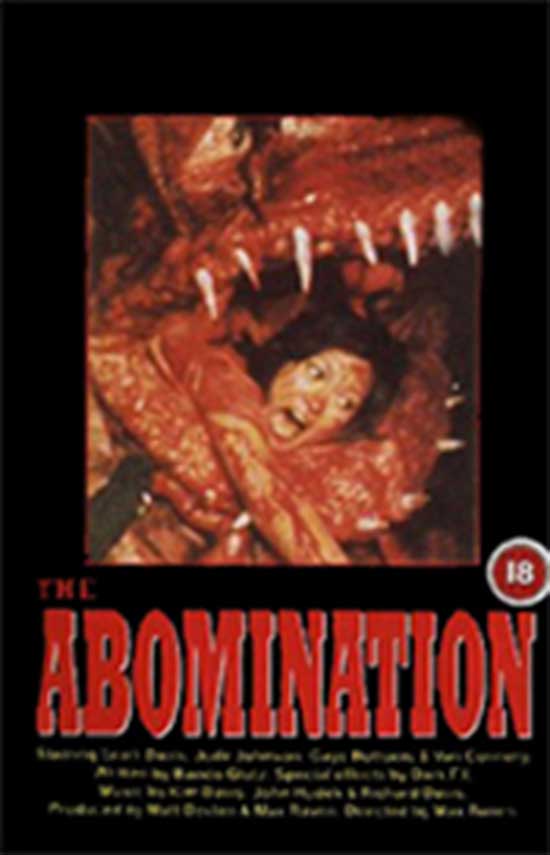 The Abomination is a film that has at its core a solid, even creative, premise, but ends up causing the viewer to ask a number of “What if?” questions. What if the filmmaker had a larger budget to work with? What if the director had a more experienced cast of actors in the lead roles? What if the editor had cut the first few minutes as well as the last minute or so? All of the answers tend to point to writer/director Bret McCormick’s debut feature having greater critical success. As it stands, the film is enjoyable, with an interesting concept, some fun, nasty effects, and a handful of weak points. But if you can get around the problems, it is definitely worth checking out.