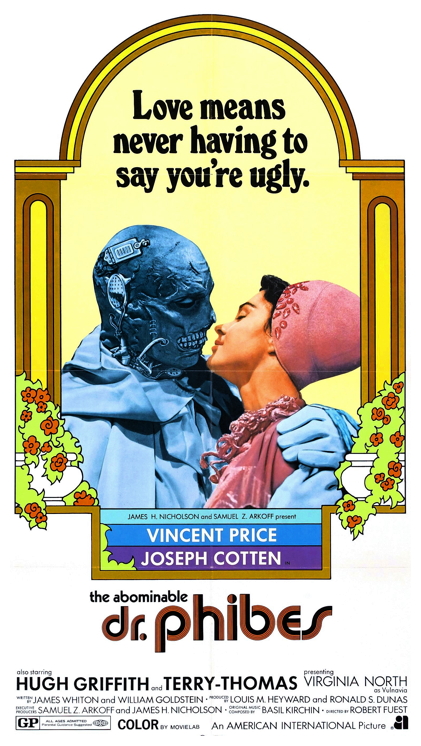 SYNOPSIS:
“Doctors are being murdered in a bizarre manner: bats, bees, killer frog masks, etc. which represent the ten Biblical plagues. The crimes are orchestrated by a demented organ player with the help of his mute assistant. The detective is stumped until he finds that all of the doctors being killed assisted a Doctor Vesalius on an unsuccessful operation involving the wife of Doctor Phibes, but he couldn’t be the culprit, could he? He was killed in a car crash upon learning of his wife’s death.” (courtesy IMDB)

REVIEW:
As Hammer Studios expired (as a producer of feature films) in a blaze of nausea, other low-budget horror films were being made in Britain in the early seventies. One of the most successful was The Abominable Dr. Phibes (1971) directed and co-written by Robert Fuest, who specialised in trendy, rather camp fantasy such as The Avengers television series and The Final Programme (1973) also known as The Last Days Of Man On Earth. The Abominable Dr. Phibes is a black comedy starring Vincent Price in the sort of tongue-in-cheek role he obviously most enjoyed. He plays the dreadfully mutilated Phibes, avenging himself on the doctors who failed to save his wife’s life in a series of bizarre murders which recapitulate the ten plagues of ancient Egypt. 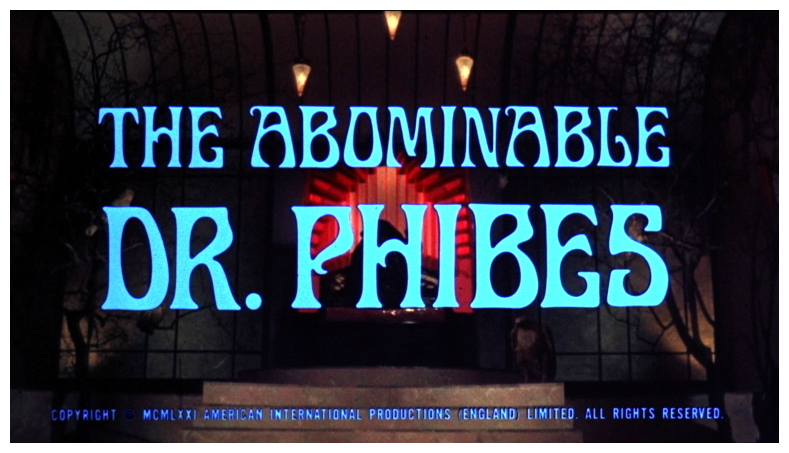 These murders have a Grand Guignol comic air about them which renders them more amusing than disturbing, and they are the point of the film – apart from Price’s own melodramatic performance: mugging for the camera, playing the organ, talking hollowly through a voice synthesiser plugged into his neck, and living chastely with the beautiful-but-blank Vulnavia (Virginia North) in an art-deco paradise. Not as well made or as lively as the later Theatre Of Blood (1973) – another camp British horror film starring Price with a revenge motif – but The Abominable Dr. Phibes is still very enjoyable. This was a period when camp comedies ruled, from Batman (1966) and Modesty Blaise (1966) to Doc Savage (1975). I find their attempt to have it both ways – to be both shocking and cutely lovable – a little revolting at times, but many people seem to like them. 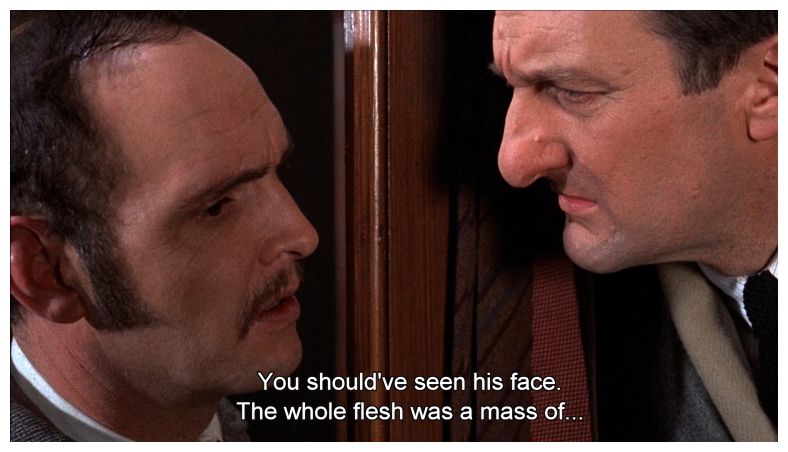 It is the year 1925, and Professor Anton Phibes (Vincent Price) is a horribly disfigured genius thought killed in an automobile accident, who is convinced that his beloved wife died on the operating table a victim of incompetent doctors, and plans to kill them all. Using methods based on the ten plagues that befell ancient Egypt in the Old Testament, and wearing amulets representing the plagues, Phibes kills seven doctors and a nurse with the help of his beautiful and silent female assistant Vulnavia (Virginia North). Inspector Harry Trout (Peter Jeffrey) suspects Phibes, but finds little support from Scotland Yard. Eventually Doctor Vesalius (Joseph Cotten), the head surgeon who operated on Phibes’s wife, begins to believe Trout and aids him in the hunt for Phibes. 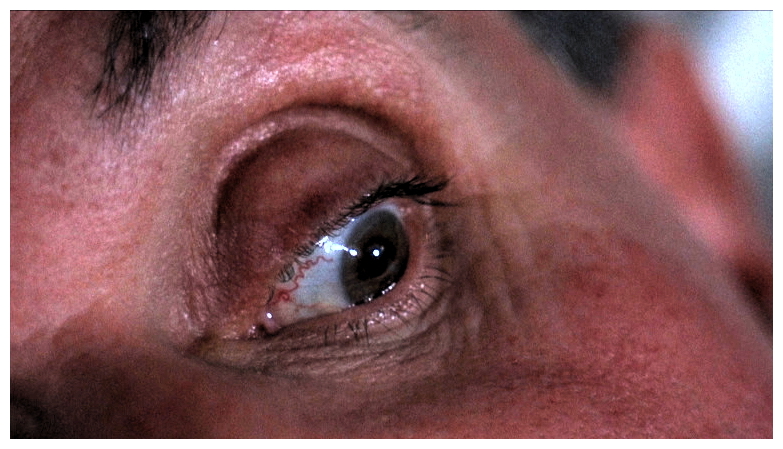 Phibes has reserved the final punishment for Vesalius. He kidnaps the doctor’s son and places him on a table on which a container full of acid is waiting to destroy the boy’s face. A small key implanted near the boy’s heart will free him, but Vesalius must perform the surgery within six minutes to get the key before the acid falls. Vesalius succeeds and instead Vulnavia is sprayed with the acid as the police arrive. Convinced he has accomplished his vendetta, Phibes retreats to a stone sarcophagus beside the embalmed body of his wife. He drains out his own blood and replaces it with embalming fluid as the coffin’s inlaid stone lid slides into place, concealing them both in darkness. Trout and the police arrive to discover that Phibes has mysteriously disappeared. They recall that the tenth and final curse was darkness and wonder if they will encounter Phibes again. 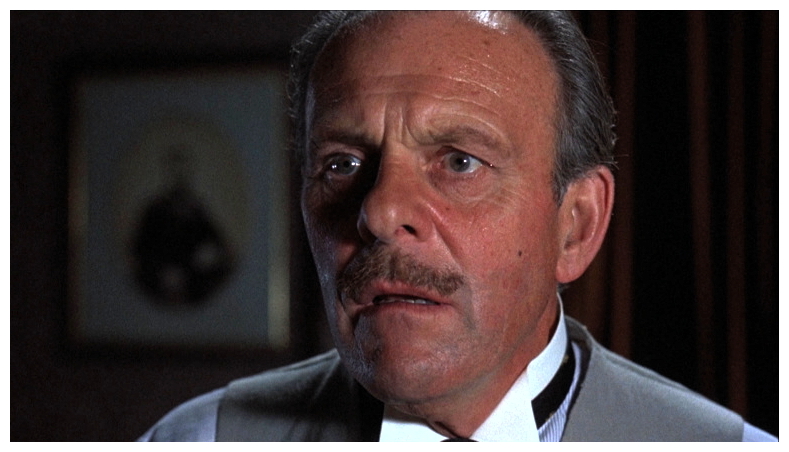 The character name ‘Vesalius’ refers to Andreas Vesalius, a Flemish physician and the founder of modern anatomy. William Goldstein and James Whiton wrote the original screenplay, and Peter Cushing was their first choice for the role of Vesalius, but had to turn down the role due to his wife becoming seriously ill. Veteran Hollywood actor Joseph Cotten was brought in to play Vesalius instead but, in order for him to know his cues, Phibes’ dialogue had to be read aloud by an assistant. Cotten also grumbled that he had to remember and deliver lines, while Price’s lines were all to be dubbed in later. Price responded, “Yes, but I still know them, Joe.” In fact, Cotten was so obviously uncomfortable during these scenes that Price intentionally made faces to make him laugh. The actors apparently went through hours of extra makeup, which often had to be reapplied as they kept laughing. 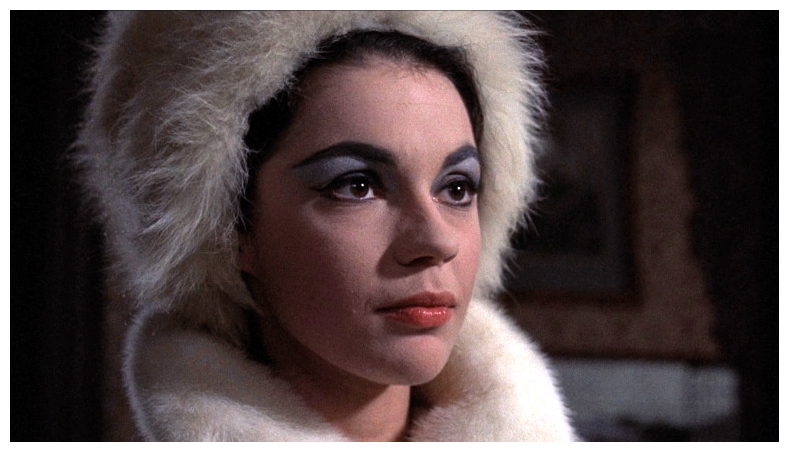 Price is well cast as the methodical, obsessed Phibes but sometimes I wish he’d go a little more over-the-top. The murders may be too grisly for some young children, but the film benefits from the stylish direction of Fuest and a funny script, much of the comedy coming from the two police detectives assigned to the case, Trout and Crow (Derek Godfrey), who are at one point ordered by their superior: “Next time try to arrive at the murder scene before the murder takes place!” The murders are inspired by the ten plagues of Egypt found in the Old Testament (for visual reasons the plagues of flies and gnats are replaced with rats and bats): 1. Boils – 2. Bats – 3. Frogs – 4. Blood – 5. Hail – 6. Rats – 7. Beasts – 8. Locusts – 9. Death Of The First Born – 10. Darkness. The rat curse was originally intended to take place on board a boat, but director Fuest changed it to inside a plane, because he thought a boat would have been too easy to escape from. 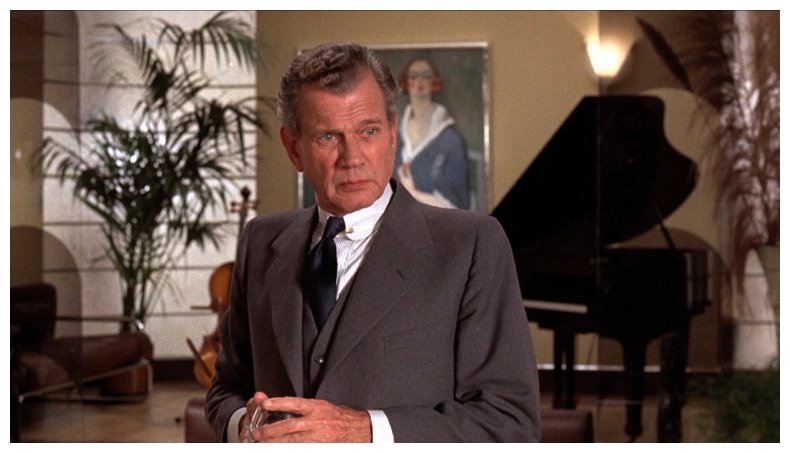 There are many comments on the Internet Movie Data-Base and other sites concerning the many anachronisms in the film, but these are actually stylistic choices, not unlike a Steampunk story with art-deco sensibilities. The character of Phibes is a certified genius, a professor of music and innovative inventor, writing songs and creating devices long before their time. Vulnavia, for instance, was originally meant to be another clockwork device who simply looked human, Phibes’ mechanical masterpiece. In the original script Phibes abuses Vulnavia and eventually stabs her to death, then escapes the burning house in a hot-air balloon with the body of his wife, but It was decided to make Phibes a more sympathetic character, so these sequences were removed. Vulnavia’s name is spoken only once, ten minutes before the end. Speaking of which (pardon the pun), the first word of dialogue in the film is not spoken until more than ten minutes into the movie, and Phibes’ first words are spoken thirty-two minutes in. 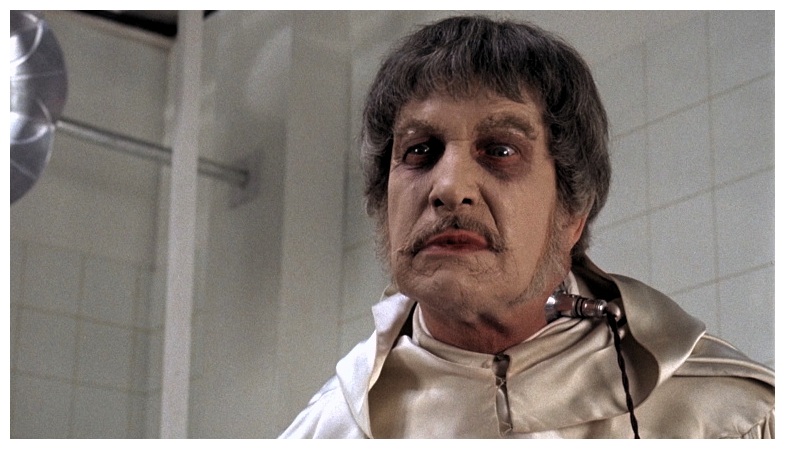 In order to gain more publicity the film was advertised as Price’s 100th feature, and promoted it with the blurb ‘Love Means Never Having to Say You’re Ugly’ – a play on the blurb for the enormously popular romance Love Story (1972): Love Means Never Having To Say You’re Sorry. That particular tagline had to be replaced after the first week of release, however, not due to any copyright problems, but because audiences had no idea what sort of film it was supposed to be! A new advertising campaign made it quite clear that The Abominable Dr. Phibes was a horror-comedy, and it soon became a huge box-office hit. The inferior sequel was Dr. Phibes Rises Again (1972) in which a sinister obsessed Egyptologist (Robert Quarry) who, like the re-animated Phibes, is searching in the desert for the lost elixir of life. Fans who enjoy Fuest’s stylistic direction and Price’s over-the-top performances may rank this one higher, but some of the grotesque deaths are contrived by the sympathetic Phibes whom one somehow never blames for his homicidal behavior. 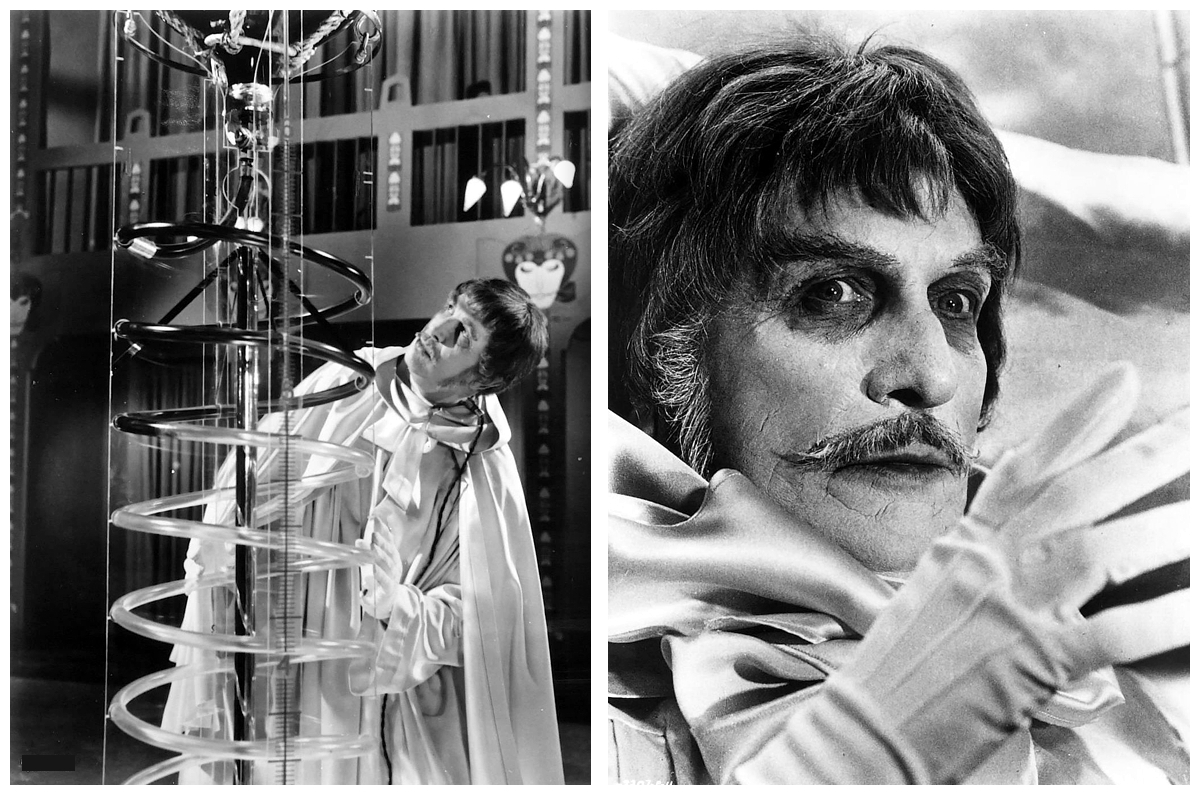 Over the next two decades several other sequels were considered including Phibes In The Holy Land, The Brides Of Phibes and The Seven Fates Of Phibes, but the one that came closest to production was Phibes Resurrectus (1984) with a cast that included Orson Welles, Paul Williams, Donald Pleasence, John Carradine, Sam Jaffe, and David Carradine as Phibes! Unfortunately, the best laid plans of mice and men often go awry, and Phibes Resurrectus was postponed and shelved indefinitely. It’s with this sad thought in mind I’ll bid you a good night and look forward to your company next week when I have the opportunity to put goose-bumps on your goose-bumps with more ambient atmosphere so thick and chumpy you could carve it with a chainsaw, in yet another pants-filling fright-night for…Horror News! Toodles! 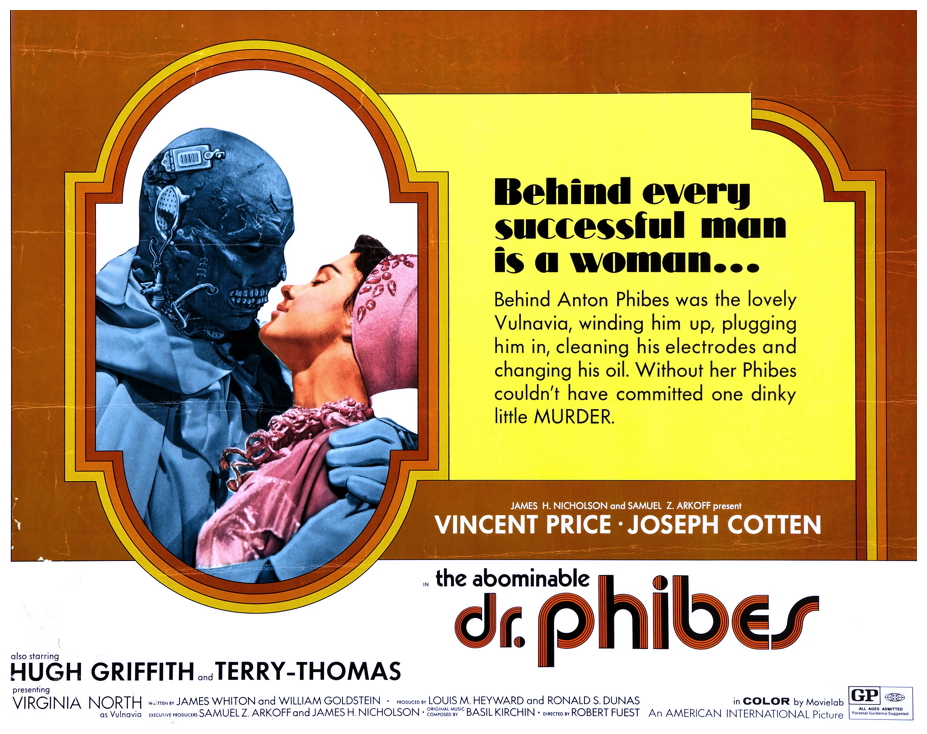