Three youths of differing walks-of-life develop an unhinged friendship after witnessing the gory slaying of a young girl and ultimately turn into murderers themselves on a night filled with bad karma.

The Examination: Hard-to-find Japanese extreme series makes its way to DVD courtesy of Tokyo Shock in the first of three films overseeing the violent side of human nature.

A chronic theme about J-Horror, Cat III films or even anime is a shared morality play concentration, in particular the corruptibility of apparent innocence. 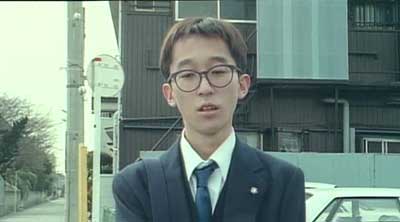 Director Katsuya Matsumura is regarded in Japan as a boundary pusher and while his All Night Long series grows more graphic by the numbers, the inherent message from these frank movies is that anyone in society can turn ugly given the appropriate (or inappropriate in this case) set of circumstances.

The original All Night Long from 1992 would be nearly as deceptive by its hopefulness and charm as the later-released Audition had it not plunged into a random act of senseless violence fairly quickly into the film. As we meet the principal characters of the story, a bookworm Saito Shinji, (Ryosuke Suzuki) a rebel-turned-would-be-working man Tanaka Tetsuya (Yoji Ietomi) and a disaffected rich boy poser Suzuki Kensuke (Eisuke Tsunoda), All Night Long becomes a chaotic “what if” study in which these youths are improbably united in friendship after witnessing a barbaric murder while stopped at a train guard.

Though its Clockwork Orange-esque intent is clear, All Night Long doesn’t quite sieve the necessary glue between these lads to prove why they eventually run the gamut of aggression together in the film’s malicious finale. A small party following the supposed trauma the three boys allocate amongst themselves isn’t a strong enough bond to plausibly bring them to the brink of communal destruction. Nevertheless, Matsumura shapes the lives of his characters and then plunges them into a night filled with hellish ramifications. By sending them scurrying for dates once another party is proposed, their fallacies are quickly exposed. Under the circumstance of a severe atrocity particularly committed upon Tanaka Tetsuya, the union forged between this shaky trio is put to the test, a test where nothing but a blazed failing mark is going to be permitted. 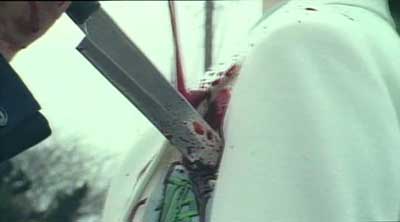 As we’re routinely swept beneath the industrial squeal of airplane takeoffs and ushered to outlying Tokyo sprawls from which the boys live in All Night Long, Matsumura instinctively creates a cold steel environment from which to provoke his intrinsically hedonistic youths into a night filled with bloody pandemonium. The condominium-dwelled Kensuke already displays hints of profligacy as All Night Long unravels his dark nuances. His apparent boredom and desperate need for a social life is revealed through certain glares, expressions and gesticulations indicating he’s already on the teetering edge of mental collapse. The fact he would lavish two apposite strangers and then naively chase down what ends up being a callous feminist posing as a call girl becomes his undoing.

When left in a state of humiliation by the overpowering man hater, Kensuke snaps, conveniently as the nerdy Shinji pukes nervously all over his date, a gorgeous girl out of Shinji’s league and “secretly” boinking the pork soda slob of the film who has made the arrangement out of his own cruel intentions. Also grossly convenient to the development of the plot is Tetsuya’s plight. He seems to be on his way up the ladder of success when he scores an interview with a prestigious airline as a mechanic understudy, then finds the love of his life within the same timeframe. Tetsuya’s romance is one of the few nurturing graces to All Night Long (even as his girlfriend attests to having a set of gloomy, inhibited emotions about life), yet his world is ripped in two just as instantaneously as it seams together. His job venture fizzles and then he is beaten to a pulp while his girlfriend is raped to death by a street gang. 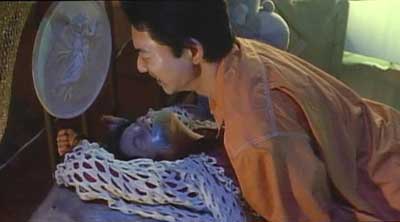 All Night Long gets quite messy as our antagonists go too far to prove their point, taking out the gang in topsy-turvy exchanges with a dénouement bearing deranged sex and violence melodrama. We’ll leave you to find out who the last man standing is, but the final frame of All Night Long sweeps above the Tokyo streets where our survivor tosses a smarmy got-away-with-it expression to the viewer and mingles into the mindless ant farm of the streets. 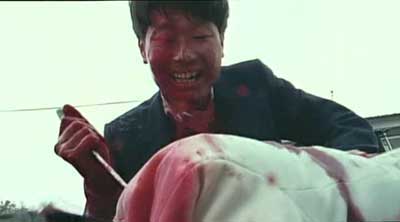 Herein lies Katsuya Matsumura’s ultimate memorandum: anyone in society no matter their background has the propensity for bloodshed if aggravated enough. Granted, the sequences of events here are a bit troubled and you still wonder at the end how these three kids ever got together in the first place. At the end of the day though, Matsumura’s chief concern is to present a tragic expression of violent behavior cast under a beguiling industrialized veil of enmity. As beautiful as Tokyo is presented in certain scenes, Matsumura chooses the dank, dreadful underbelly many people don’t see from which to tweak his characters. Survive all night long through Matsumura’s vision, that’s saying something for you…