Home | SyFy Channel Gears Up For The Halloween Season

Love it or hate it, we all watch it. Don’t try to say you don’t.

The SyFy Channel has become a staple of Halloween season TV viewing with its annual ’31 Days of Halloween’ programming slate and they have sent out a press release outlining some of the high points of what is heading our way.

Syfy’s 2014 Fall Programming primetime lineup will feature the series premieres of “Z Nation” on September 12 and docuseries “Town of the Living Dead” on October 7.

For the seventh consecutive year, Syfy will celebrate the Halloween season with nearly 600 hours of ghoulish programming during the month-long “31 Days of Halloween” (October 1-31).

“HAVEN” (SEASON 5 PREMIERE)
Returns Thursday, September 11 at 10PM — When the series returns for its fifth season, Haven’s protectors are thrust into uncharted waters: Duke (Eric Balfour) is now a ticking time bomb, fighting to contain the Troubles within him, while Nathan (Lucas Bryant) faces his greatest fear that Audrey (Emily Rose) — the woman he’s fought so desperately to save — may be gone forever. Haven, which rose 11 percent among Adults 18-34 and 3 percent among Adults 18-49 during its fourth season, is based on the novella The Colorado Kid from renowned author Stephen King.

“Z NATION” (SERIES PREMIERE)
Premieres Friday, September 12 at 10PM — In Z Nation, three years have passed since the zombie virus has gutted the country, and a team of everyday heroes must transport the only known survivor of the plague from New York to California, where the last functioning viral lab waits for his blood. Although the antibodies he carries are the world’s last, best hope for a vaccine, he hides a dark secret that threatens them all. With humankind’s survival at stake, the ragtag band embarks on a journey of survival across three thousand miles of rusted-out post-apocalyptic America. Z Nation stars Harold Perrineau (Oz, Lost) Tom Everett Scott (Southland, Beauty and the Beast), DJ Qualls (Supernatural), Michael Welch (Twilight trilogy), Kellita Smith (The Bernie Mac Show) Anastasia Baranova (The Darkness II) as Addy, Russell Hodgkinson (Big Fish) as Doc and Keith Allan (Rise of the Zombies) as Murphy. Karl Schaefer (Eerie Indiana, Eureka, The Dead Zone) serves as executive producer and showrunner. Acclaimed action director John Hyams (Universal Soldier: Day of Reckoning) will direct the pilot. The series is produced by The Asylum and sold internationally by Dynamic Television.

“TOWN OF THE LIVING DEAD” (SERIES PREMIERE)
Premieres Tuesday, October 7 at 10PM — The colorful folks of Jasper, Alabama are determined, once and for all, to complete their zombie movie, Thr33 Days Dead… now six long years in the making. Based on a town urban legend, their film centers on a group of friends trying to survive a zombie apocalypse in rural Alabama. The series will follow the intrepid and motley crew of amateur filmmakers as they struggle against every obstacle imaginable to get to a final cut of their film…which could someday become a Syfy movie. The production company is True Entertainment (The Real Housewives of Atlanta, Season 25: Oprah Behind the Scenes). Executive producers are Glenda Hersh, Steven Weinstock, David Stefanou, Todd Hurvitz, Tony Biancosino and Cherie Kloss.

DARK HAUL (ORIGINAL MOVIE PREMIERE)
Premieres October — A team of secretive guardians transport a deadly creature and its half-human sister to a secure location, but the beast escapes and threatens to fulfill a prophecy – by destroying the world. Dark Haul stars Tom Sizemore (Saving Private Ryan, Black Hawk Down), Rick Ravanello (The Cave, Hart’s War) and Evalena Marie (Remains, Serena and the Ratts). A production of Synthetic Cinema International.

FINDERS KEEPERS (ORIGINAL MOVIE PREMIERE)
Premieres October — A child becomes obsessed with an evil doll left behind by the previous occupants of her new home. Finders Keepers stars Jaime Pressly (My Name is Earl, Two and a Half Men). A production of ARO Entertainment.

“ASCENSION” (SERIES PREMIERE)
Premieres Monday, November 24 at 9PM — Ascension is an ambitious original drama following a covert U.S. space mission launched in the 1960’s that sent hundreds of men, women and children on a century-long voyage aboard the starship Ascension to populate a new world. Halfway into their journey, as they approach the point of no return, the mysterious murder of a young woman causes the ship’s population to question the true nature of their mission. 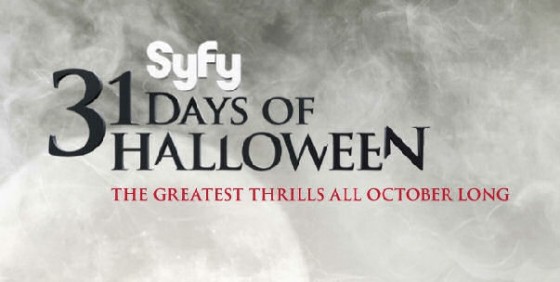 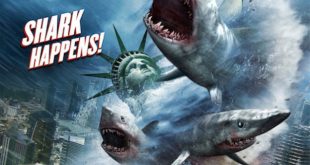 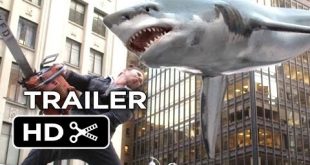 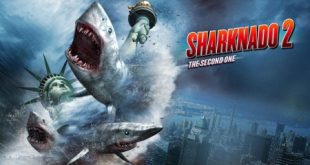 New ‘SHARKNADO 2’ Featurette Goes In Depth About Filming In NYC