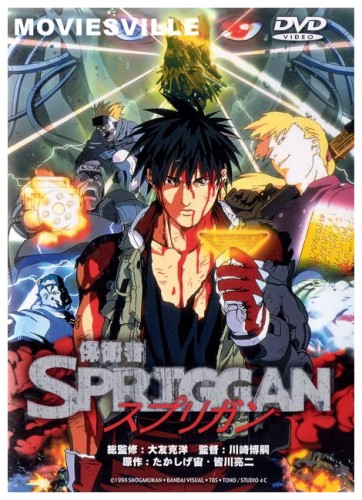 “Yu is a young man who has a past he desperately wants to forget. At present he is a superhuman top agent for ARCAM, an organisation dedicated to protecting ancient artifacts to prevent them from falling into the wrong hands. However, he receives several bloody messages, culminating in the suicide of a friend, stating that Noah would be his death. In response, Yu travels to Turkey to visit the ARCAM dig at Mount Ararat, where Noah’s Ark is supposed to have rested. Along the way there and at the destination, he learns of forces of his past have returned to stop him and seize control of the Ark, which turns out to be an alien device of ultimate power.” (courtesy IMDB)

Spriggan (1998) was undoubtedly the most eagerly awaited Anime DVD release at the turn of the century and, coming from such a fine creative lineage, the anticipation was no surprise. The most recognisable name associated with the production is Katsuhiro Otomo, the creator and director of the seminal classic Akira (1988), probably the most famous and standard-bearing Anime film outside of Japan. Otomo opted for a production supervisory role on Spriggan, entrusting the directorial reins to his most promising protégé, anime wunderkind Hirotsugu Kawasaki. This was by no means a gamble on Otomo’s part, as Kawasaki had previously worked on Akira, Laputa Castle In The Sky (1986) and Ghost In The Shell (1995) in key animation supervisory roles. Along with fellow animation prodigy Hideaki Anno (Neon Genesis Evangelion), Kawasaki became one of the most lauded young animation directors in Japan. After supervising Kawasaki’s work as an animator, Otomo chose the talented young artist to make his feature directorial debut with Spriggan. 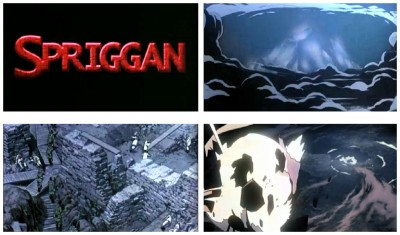 Comic book writers Chu Takasige and Ryoji Minagawa created the original Spriggan story as a serial adventure appearing in the monthly magazine Shonen Sunday from 1989 to 1996. A success with subsequent paperback re-release sales of a stunning six million copies in Japan and distributed throughout Europe, Australia and America, with hundreds of thousands of copies sold in the United States alone, the series was destined for development as an animated feature. Many producers engaged in a furious war over the right to make a film out of this incredibly popular series, but it was ultimately the powerhouse team of Otomo and Kawasaki that won out. 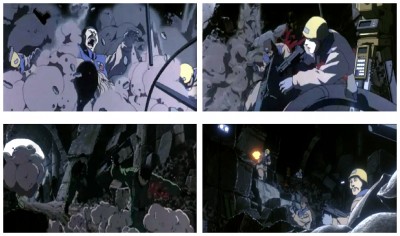 Many years ago, an ancient civilisation known for their advanced technology once ruled Earth, but were destroyed in the end by their misuse, so they left messages for later generations in the form of indestructible message plates written in ancient Hebrew, informing them that if they could not find a good use for their creations, they should be destroyed. Various government and privately-funded forces began to secretly search for these mysterious artifacts in order to be used for their own good and against their enemies. The ARCAM Corporation’s private army attempt to stop these forces from destroying themselves with their elite secret agents known as Spriggans, also known as Strikers. 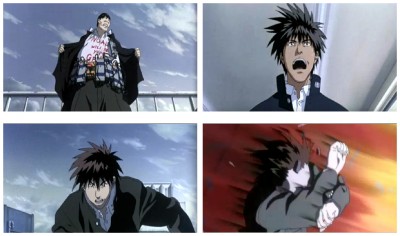 As a matter of fact, the film’s title was going to be ‘Striker’, the title created by western publishers Viz Manga, simply because they didn’t think ‘Spriggan’ was exciting enough. Two years later Viz Manga re-released it under its proper name, Spriggan, then Studio 4C attained the film rights and liked the name Striker so much that they were going to use it as the title for the film. The publishers hastily re-letttered their re-release of Spriggan back to Striker, hoping to benefit from the cross-promotion, but then Studio 4C changed their minds without informing Viz Manga and used the original Spriggan title instead. 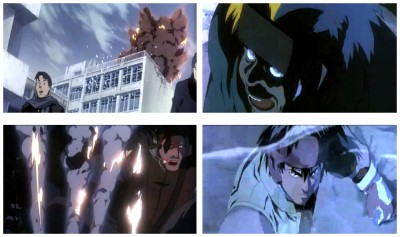 Spriggan was inevitably compared to Akira and Ghost In The Shell by some audiences, however, for the most part it’s an epic science fiction adventure, a popcorn blockbuster at that, and is mostly free of the metaphysical or psychological elements present in its predecessors. Moreover, Spriggan is a fun action romp with some clever over-the-top set-pieces, humour and gun-play that makes many of its Hollywood contemporaries look positively tame. The animation is, of course, simply stunning and the reproduction of locations like Istanbul, for instance, is difficult to fault. There are some computer-generated elements present but, as in Ghost In The Shell, these blend seamlessly into the traditionally animated sequences. 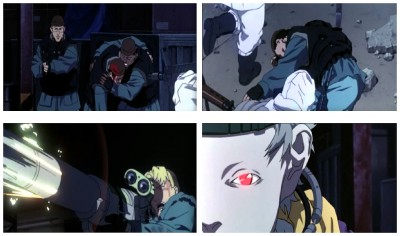 The DVD I viewed was the NTSC release and features an audio commentary by Matt Greenfield, who not only wrote and directed the English-language version, he’s also the CEO of American distributors ADV Films. Accompanied by sound engineer Christopher Bork, Greenfield’s love and enthusiasm for Japanese animation is evident in this very interesting and informative commentary. Other special features include Character Designs (a visual montage of black-and-white drawings of the key characters from the film, complete with the stirring Spriggan soundtrack by Kuniaki Haishima playing in the background), Vehicle And Equipment Designs (same format as Character Designs with highly detailed technical drawings of the many different types of equipment such as aircraft, snowmobiles, jeeps and weapons), and Key Backgrounds (a collection of locations and backdrops highlighting the meticulous planning and attention to detail afforded to Spriggan by its creators). 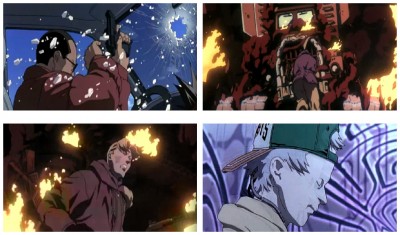 Katsuhiro Otomo has since been working with noted animation studio Sunrise, acting as producer on Steamboy (2004), Freedom Project (2006), SOS! Tokyo Metro Explorers: The Next (2007) and, more recently, Short Peace (2013), an anthology of four award-winning short animated films: Combustible (a tragic love story set in the Edo period), Possessions (everyday tools morph into supernatural things), Gambo (a battle between a goblin and a polar bear), and Buki Yo Saraba (combat amongst the ruins of Tokyo). Combustible won the Grand Prize at the Japan Media Arts Animation Festival and was short-listed for the 2013 Oscar for Best Animated Short, and Possessions was nominated for the 2014 Oscar for Best Animated Short. And it’s on that rather upbeat note I’ll vanish into the night, but not before inviting you to rendezvous with me at the same time next week when I discuss another dubious treasure for…Horror News! Toodles! 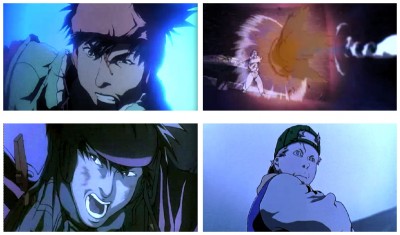 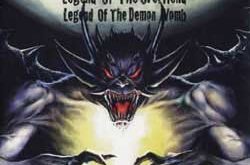 Film Review: Legend of the Overfiend (aka Urotsukidôji) (1989)