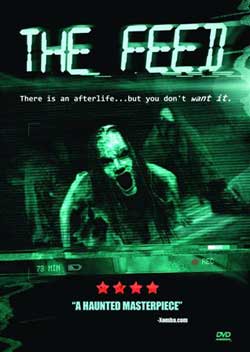 The wildly popular TV reality series, Ghost Chasers, is hitting its 4th year on the air; to commemorate this milestone, the members of the Ghost Chasers team have decided to broadcast their anniversary show out to the world live.

As I headed out with my wife to go shopping, which I hate to do, I knew that there was one place I wanted to go, my local video chain store, and by local, I mean a half hour drive. So since I don’t make it out that way much, every time I get there I know I’m going to buy a couple of DVD’s. Yes, I’m one of those people who still likes to own my movies, instead of downloading or streaming them. As I walk into the store, I only head to one area, the horror/sci-fi section.

Now being as I own over a thousand movies, it gets harder to decide on a movie that I might want to buy, most of the well known movies are already in my collection. So the first two things that grab my attention are the title and the cover art, then if something catches my eye, I’ll flip it over and read the back synopsis. This is how I came across The Feed, the front cover grabbed my attention, but it was from the much worn out haunting/ ghost sub-genre. Taking a chance at another bland ghost movie I ended up purchasing it. Would The Feed be able to stand apart from the others, or would it just be another bad entry from an already over saturated genre?

The movie starts out in a typical fashion, were we are introduced to the crew from a very popular television show called Ghost Chasers (Wonder what that’s supposed to mimic). This is their anniversary, celebrating the beginning of their fourth season, so they want to do something special and do a live broadcast from the Brenway movie house. They then show you an old news story that was done on the movie house, to inform you of the history and all the tragedies that have accrued there. This is done in a believe way, not going over the top with a crazy amount of stories, just a couple that peak your interest. 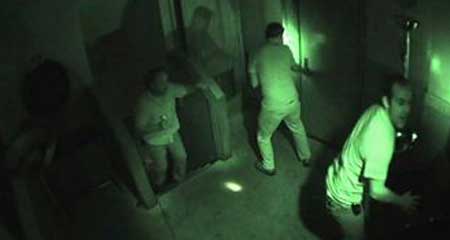 After all the introductions, including a psychic brought on for this specific case, and also the current theatre owner, Scott Monahan, they lock the door and turn out the lights, waiting for some sign of the ghosts there. So they start out the investigation in the basement, where a family of three was killed. The psychic starts getting terrible visions about the family and what had happened there, she starts to feel a dark presence and they all go back to the lobby where they are meet by another surprise in the theater room. This is basically how the movie goes, the suspense continues to build up and the occurrences get bigger and bigger, leading to a climatic ending.

Some of the great parts about this movie is that it feels real, not scripted, not acting. All the characters interact really well with each other, feeding off of one another. Also the suspense builds at a nice, even pace not having low points where you become uninterested. Another thing I loved about this movie is that the second it starts they make you believe that you are watching a live television show, they came up with a phony television station name and included some great commercials for a pizza shop, a home gym, and a very familiar looking lawyer played by mister Lloyd Kaufman.

Now I can’t say this movie was perfect, and that there was nothing wrong with it, because the truth is the ending feels brought on too fast and almost thrown together to keep the movie at a respectable 73 minutes. The one other thing that really threw me off was the CGI ghost at the end, it looks creepy and well designed, but it looks very out of place for a movie that was using practical effects for all its scares. 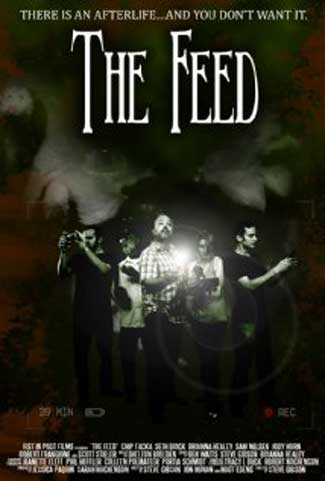 This is a good movie and in my opinion is definitely worth a watch, but do just take my advice, this movie has quite the pedigree already; Best Feature, 2011 Atlanta Horror Film Festival, 2011 EMPIXX Platinum Award for Best Feature, Audience Choice Award, 2011 Horrorfind Weekend and so on. This film shines in its acting, writing, and directing, and also helps show that with a well thought out story you can be successful and stand out in a sea of other bland ghost movies.