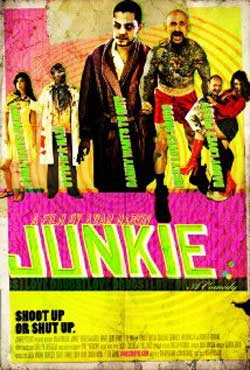 When Danny wakes up one day to realize his world has hit rock bottom he makes a vow to come clean of his addictive lifestyle. One obstacle presents itself after another, namely his brother Nicky who will stop at nothing to ensure they get their next fix.

Director Adam Mason’s Junkie is a dark, gritty, foreboding atmosphere consumed with utter dread and despair. Instantly the audience is lured into the abyss of addiction, buying into an alternative lifestyle that is void of consequence or circumstance. We sympathize with Danny (Robert LaSardo) as he pledges to purge the drugs from his system and make good on all the things and people lost in life.

The plot moves at an intriguing pace with an imaginative premise. With one unexpected twist after another one cannot deny the spirit in which the script was penned with a reminiscence of Chuck Palahniuk’s Fight Club. While relenting on divulging too many spoilers, suffice to say that viewers will be rendered awestruck as the conflict escalates with one disturbing scene after the next.

Once again the setting is dark and grim oozing with a predominant theme of desperation, loss of innocence and abandoned hope. We collectively feel for Danny as he clutches to restore his lost relationship with Sonja and grapples to interact effectively with his estranged father. Some of the dialogue between Danny and Nicky played by Robert LaSardo is most memorable. LaSardo truly steals the show as his appearance alone is enough to unnerve the average, hapless viewer let alone his over the top antics and sociopathic behaviour. Danny’s true plight begins to unravel as one bizarre character is introduced after the next.

Director Mason illustrates time and again that an effective production can be made with tremendous impact on a micro budget reinforcing that independent productions are increasingly on the rise and more compelling than ever. The use of Id, ego and superego as a subtext breathes life into the picture in its own right. On a subconscious level, the audience abandons the need for an extravagant volume of special effects, blood and gore and simply is consumed with what unfolds around them. While the film is not entirely void of any graphic scenes it should be commended the make-up and special effects team did an extraordinary job of portraying the ill at ease, particularly Otto, among other characters. 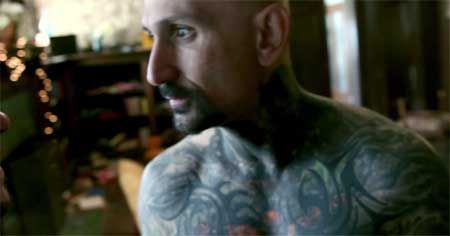 The acting across the board is top notch, award nomination worthy. LaSardo’s performance of Nicky is perhaps most endearing. One particular emotion fuelled monologue sticks out that is revealed later in the disc’s extras that is mostly improvised by the actor himself.

A special documentary is found within the DVD’s extras that are enlightening and informative. A bird’s eye view into everything about Junkie including the brainchild, conception, writing, shooting and distribution can be found here. 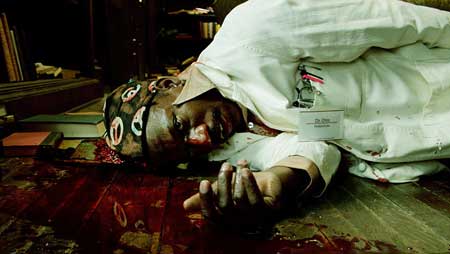 Junkie may not be exactly for every viewer out there, but for the discerning fan of the cinematic experience that like to think outside the box, most definitely worth dabbling into.