Home | HELLRAISER Remake May Bring Originals Back Together

HELLRAISER Remake May Bring Originals Back Together

Been talking about remakes a lot these last few days and lets face it, that’s just the way it’s going to be for genre followers for the foreseeable future. Today’s news is a little more solid then most as it comes directly from the creator of the franchise. Clive Barker has taken to Facebook to announce his plans to take over the reins of arguably his best and certainly most popular franchise HELLRAISER. He’s got some big plans and he outlines them below:

HOT FROM HELL! My friends,I have some news which may be of interest to you. A few weeks ago I had a very productive meeting with Bob Weinstein of Dimension Pictures,in the course of which I pitched a remake of the first HELLRAISER film. The idea of my coming back to the original film and telling the story with a fresh intensity-honoring the structure and the designs from the first incarnation but hopefully creating an even darker and richer film-was attractive to Dimension. Today I have officially been invited to write the script based upon that pitch.

What can I tell you about it?

Well, it will not be a film awash with CGI. I remain as passionate about the power of practical make-up effects as I was when I wrote and directed the first HELLRAISER. Of course the best make-up in the world loses force if not inhabited by a first-rate actor. I told the Dimension team that in my opinion there could never be a Pinhead without Doug Bradley,and much to my delight Bob Weinstein agreed. So once the papers are signed, I will open a Lemarchand Configuration, dip my quill in its contents and start writing. I promise that there will be nowhere on the Internet where the news of my progress will be more reliable than here ,because the only author of these reports will be Your Infernal Corespondent ,me.

My very best wishes to you all,my friends. Clive.

Interesting, no? He makes a strong case for letting him take care of things and really pleased to read of his instance of Doug Bradley’s return to the iconic role. Really interested in your thoughts, take a few seconds and let us all know your thoughts on this interesting and surprising development. 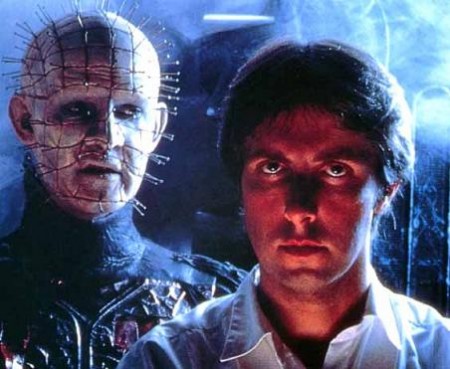