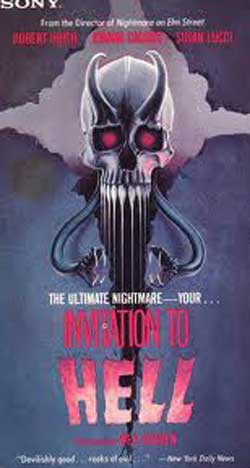 A family moves to a suburban town only to be coerced into joining a suspicious club.

Less than five minutes into Invitation to Hell, we see a distracted limousine driver cruising through the parking lot of a posh country club where he accidentally runs over a glamorously attired and dramatically coiffed woman. Has she been killed? Hardly. Director Wes Craven (yes, that Wes Craven) isn’t going to kill off his Special Guest Star (the treacherous club director, one “Jessica Jones,” is played by former All My Children star Susan Lucci, then in her heyday) so early. Yet they are willing to give away whatever surprise twist this made-for-TV movie might have otherwise held for audiences when it originally aired on ABC in May 1984. 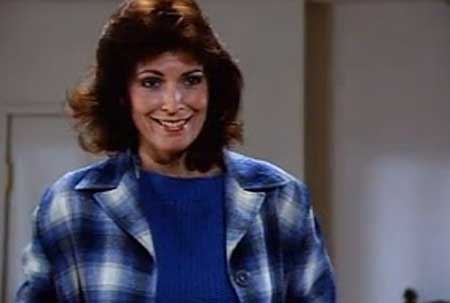 In this case, that happens to be a “surprise” reveal before the main credits that Jessica is some sort of demonic being as she rises unscathed from the asphalt, puts her hands on her hips, and points a menacing finger at the driver, causing the offending vehicle’s rear window to explode and somehow incinerating the driver instantly. At least we know what we’re dealing with, which is Poltergeist (1982) meets The Stepford Wives (1975) by way of Rosemary’s Baby and The Devil’s Advocate (1997) as told by 1980s prime time soap Knots Landing. I seriously expected La Lucci to triumphantly cry out “I am Erica KANE!” at any moment during the opening proceedings.

Of course, she isn’t our protagonist, so shortly we meet a nice upwardly mobile white bread mid-1980s family: aerospace engineer Matthew Winslow (Robert Urich) is moving his wife Patricia (Joanna Cassidy) and their two young kids (Barret Oliver and Soleil Moon Frye, 80s child star overload) into an exclusive suburban community after getting a big promotion at the office. As it happens, Winslow’s business happens to be inventing and perfecting a fireproof space suit for going to Venus and yes, it’s a plot point.

These people are on their way up, throwing around statements about “wanting a piece of the pie” and “this is our castle!” and about how “it’s time we had a taste of the good life!” which means something terrible is going to happen any day now. We expect the house to be haunted or for the kids to play with a Ouija board, but instead it turns out that there is this magnificent country club that everyone who is anyone in the community joins. It’s the center of social life and nearly everyone Matthew works with belongs. Patricia resents her husband’s reluctance to join and becomes hyper-aware of social status and keeping up with the neighbors, demanding new furniture and receiving a makeover that turns her into a sexually predatory vixen ready for the next episode of Falcon Crest. 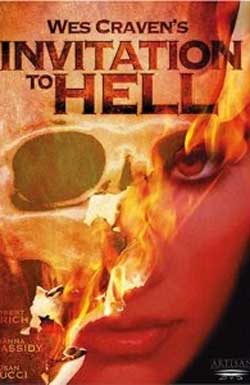 Meanwhile, Matthew is becoming increasingly suspicious of the charismatic club director, the previously mentioned demonic enchantress Jessica Jones, who turns out to be Satan (or one of his employees), using the elite country club as a front for collecting souls. When she initiates Matthew’s family into the club, he must don his fireproof spacesuit (don’t worry, this suit is so handy, it even provides exposition at one point) to walk into Hell (through the club’s sauna, naturally) to rescue his family, presumably by going to Hell to free  their trapped souls, it isn’t especially clear. 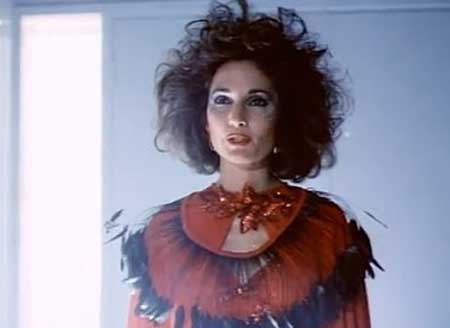 As mid-80s made-for-television horror, Invitation to Hell is everything you would expect from something with a title like that, starring Susan Lucci, and having aired on network television thirty years ago. There’s a rather ham-handed critique of the 1980s American Dream: the greed and conformity associated with the country club mirrors an increasingly wealth and status-obsessed society of “Haves” and “Have-Nots” in the 80s. The Winslow family starts out ready for the cover of the Sears Wish Book catalog, sunnily sailing up the socioeconomic ladder, only to be corrupted by their brush with fortune and the demonic. This is a good place to talk about the film’s biggest problem: the Devil herself. 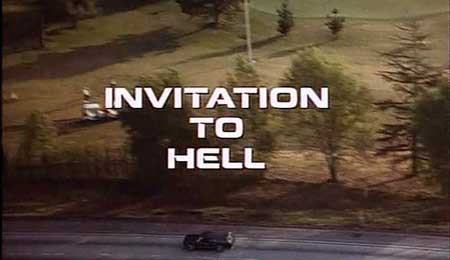 I didn’t even watch All My Children, and I still find La Lucci’s presence as club director Jessica distracting. What could have been a middle-of-the road thriller instead becomes pure camp, especially when the conspicuously sinister woman turns up to either intimidate or flirt with Urich’s protagonist (again, it’s hard to tell). Lucci is entirely suited for soaps, but her acting doesn’t work here. In her defense, I will say that she does seem to be performing in a different movie than everyone else and perhaps in another genre entirely. This movie’s premise is laughable enough as it is, which puts more pressure on the “big bad” of the club director to be scary and she’s not. She’s not scary, she is just Erica Kane, and despite an otherwise workman-like job by director Craven and the rest of the cast, that is the biggest reason why Invitation to Hell fails to deliver.