Been talking about FRESH MEAT for a while here at horrornews.net so I wanted to keep you in the loop as far as any movement with the project and movement we do indeed have.

The film has wrangled itself a screening at the prestigious Tribeca Film Festival followed by a VOD roll out and I would suspect a Blu-ray – DVD debut not long after. Pretty nice for this indie style project that folks really seem to love.

I’m sure you need reminded what FRESH MEAT is all about so….

Synopsis:
A dysfunctional gang of criminals invade the home of a middle class Maori family and take them hostage. But this seemingly normal family has a deep, dark secret and when the fugitives discover the home abattoir, the tables are turned and the hunters become the hunted. There’s fresh meat for dinner (washed down with a nice Chianti of course).

You’re basic bad guys end up being hunted and eaten by the very folks they were looking to terrify.

To celebrate their Tribeca score a new trailer has been put together and it’s actually pretty damn fine, check it out:

The kinda cool thing is that FRESH MEAT will make its VOD bow first! You’ll be able to see the film starting April 16th at home and then the Tribeca debut happens on April 23rd. Kinda goofy but, whatever.

Check you local program guide and hit this one up as soon as it pops up on the menu. 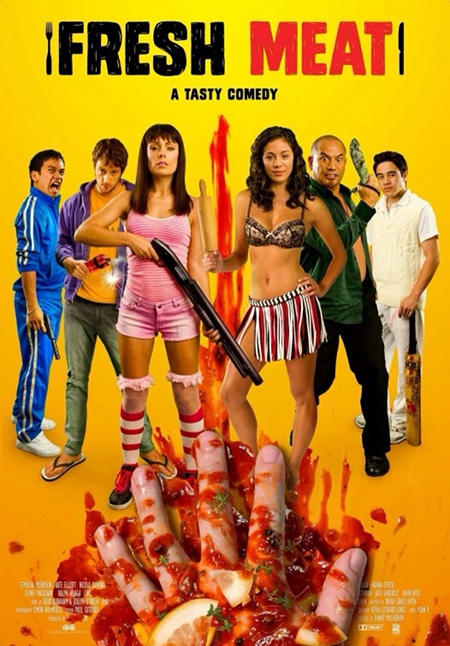