The sun will come out to-morrow! Bet your bo-ttom dollar that to-morrow! Oh, hey kids. I didn’t see you guys there. Sorry for that. Well, today we have a treat for all you artists and art lovers out there. Last week, in passing, I mentioned Jan Svankmajer in a sentence regarding strange and interesting stop motion animation. Today, we’ll be taking a peak at something from the man himself.

For those of you who’ve never heard of Jan – and don’t feel bad, because unless you’re huge movie geek or way into stop motion, you probably haven’t – I’ll toss you a little bit about him. Jan Svankmajer is a crazy surrealist from Prague. Which is to say that he believes in the creative potential of the unconscious mind. Which you can translate as “I’m about to see some weird ass shit.” His feature films and short work mostly revolve around stop motion animation, not simply Claymation, as the objects are usually household items, food, or even actual people, using a technique called “pixilation,” where the person becomes the puppet. They are always interesting and always off the wall. His most famous work, at least according to The Professor’s research (read: 6 years as a video store clerk) is probably his feature length film “Alice” which is a loose interpretation of the book “Alice in Wonderland.” Fans of this story might want to give it a peak just to soak up more crazy Alice-ness, but don’t expect a “stop motion version” of the book by any means – its definitely it’s own beast.

I have heard both Terry Gilliam and Tim Burton sing his praises. The American stop motion masters The Brothers Quay (whom we’ll get to soon) have cited him as a huge influenced on their work. This guy even got banned by the Commies (those red bastards) back in the early 70’s. Talk about reverse blacklisting – these asshole wouldn’t even let him make movies much less let people see them. If that doesn’t give you an idea as to what this guy’s all about, I don’t know what will.

The clip we’re about to check out is from a longer film he made in 1982 called “Dimensions of Dialogue.” The 12 minute film is shown it 3 parts. This clip is the last two parts, which are both mostly claymation. The first part, which you can also see on youTube (though I couldn’t find the whole 12 minute movie altogether), is a bit more indicative of his usual style. I like the other two bits more though, so if I can’t show the whole thing, I’d rather show these portions. 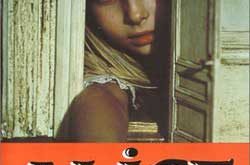 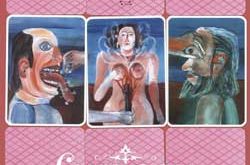