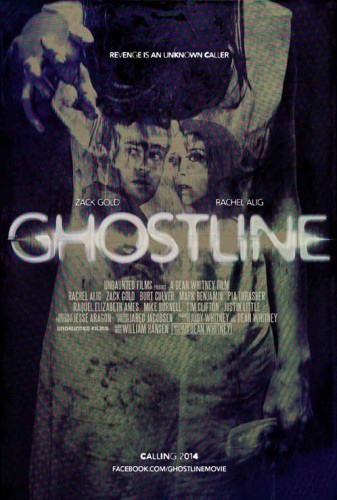 Life takes a terrifying and unpredictable turn for Tyler & Chelsea when they begin to receive menacing phone calls from a seemingly unstable woman who insists that Tyler’s her ex-boyfriend.

Trends come and go in the movie industry. A movie will come along and hit a note in audiences that makes it extremely popular. Other filmmakers use the popularity to make copycats for a quick buck, or finally get backing behind a similar story that they wanted to make. Jaws spawned a bunch of other animal attack movies in the late 1970s. X-Men and Spider-Man ushered in the wave of superhero movies that is still going strong. Another movie to be a big influencer was Paranormal Activity. It brought haunted house stories back into the mainstream horror landscape. 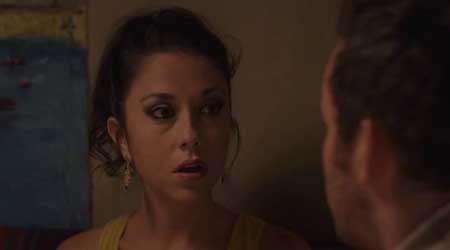 One movie inspired by the success of Paranormal Activity was the 2015 movie Ghostline. It wasn’t found footage, but it took major story elements from the hit horror movie. Tyler Jantzen (Zack Gold) inherited a southern California home after a relative passed away. He and his girlfriend Chelsea Watkins (Rachel Alig) planned on moving into the house for two years. The wanted to flip the house when the housing market improved. Soon after moving in and setting up a landline, they began receiving calls from a woman named Ellen (Andrea Bensussen) who claimed that Tyler was her ex-boyfriend Eric. These calls manifested into ghostly happenings and violent acts. 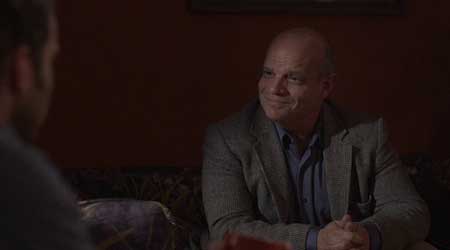 Ghostline was about the ghostly happenings in the house. This aspect is what the Paranormal Activity inspiration was. The events began simple. Noises sounded in the dark house at night. Things moved around. Doors opened and closed on their own. As the movie progressed, the ghoulish force got more violent. It attempted to cause harm to the main characters. Both the events and progression are similar to the structure of the earlier movie. The only difference is how it was presented, this time in a standard narrative form rather than found footage. 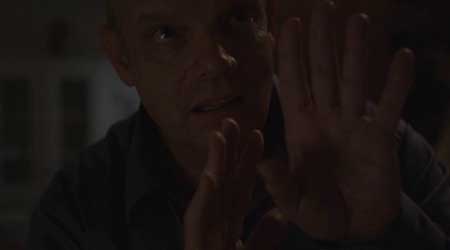 There was an episodic nature to Ghostline that didn’t always work in the movie’s favor. Many movies involving supernatural forces in a house tend to play out this way, though some hide this story structure through fluidity. Other movies play into it by presenting the story with defined chapter breaks. Ghostline attempted to merge the two methods by not giving direct chapter titles, but instead opting for a black screen to transition between segments. It’s an awkward way of going from one scene to another, cutting the flow of the movie with no understandable reasoning. Most movies that put the little buffer are naming chapters, whether they’re actual chapter titles or time stamps. In this case, it’s a break that feels like where a commercial would be added in a television airing. 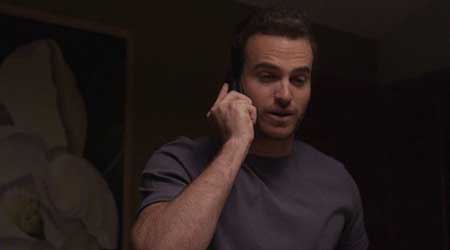 The story wasn’t bad. It was simply fragmented by the frequent chapter breaks. The story was a linear tale of the escalating supernatural events similar to many other movies about haunted houses. The events started. They did something to stop them. The events continued and got worse. They called in someone to help. The events kept getting worse. They confided in friends, brought in some experts, and took it into their own hands. It’s a basic modern haunted house story. For the most part, it works. It was a story that you could easily sit through. 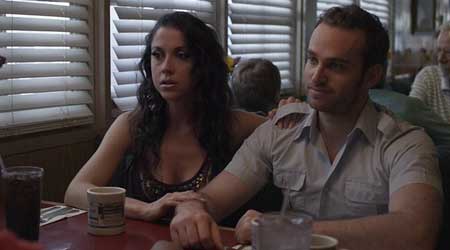 Outside of the story is a movie that felt like it was made by a college film student. The look was very standard. It was clean without having any stylistic touches. The acting was the same way. The actors all felt like this was their first time in the movie rodeo. It wasn’t, but it felt like they were passably performing in their first movie. They played their characters well enough. There just wasn’t a lot of power to the presentation as a whole. I guess that comes down to the direction. There was no vision to bring out any interesting qualities. It was just made and put out there for people to watch. 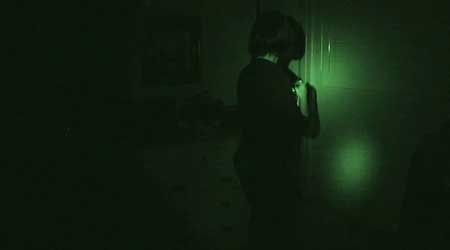