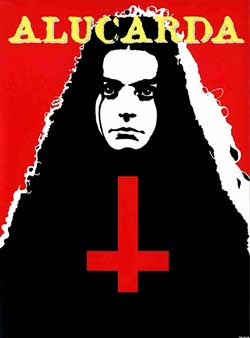 A young girl’s arrival at a convent after the death of her parents marks the beginning of a series of events that unleash an evil presence on the girl and her mysterious new friend, an enigmatic figure known as Alucarda. Demonic possession, Satan worship, and vampirism follows

Alucarda, la hija de las tinieblas (Alucarda, daughter of darkness) is another in a line of movies made in the 1970s dealing with demonic possession. Based on a novel by Sheridan Le Fanu (who also wrote the book that would become the 1932 German classic Vampyr), Alucarda is an English language, Mexican horror movie directed by Juan Lopez Moctezuma. Having directed only a couple smaller horror movies before this one, Moctezuma had been best known for his role as producer of Jodorowsky’s El Topo. 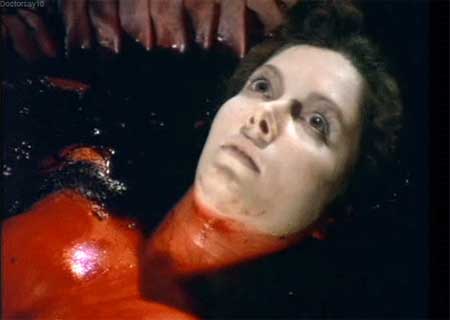 Set in the late 1800’s, two young girls meet while staying at a convent (due to the loss of their parents) and hit it off in a very Heavenly Creatures kind of way. One day, while wandering about, the two girls (Justine and Alucarda) run into a hunchbacked gypsy who offers to sell them an amulet that will keep away the evil spirits. Feeling a bit spooked, they run off like a bat out of hell (rimshot please), ducking into an old building (a room the viewer will recognize from the opening scene as the place where Alucarda was born). Just about to become “blood sisters,” they become distracted and open a grave, unleashing an evil that takes control of them. Seeing as how they live in a convent, you can imagine where this might become a problem. 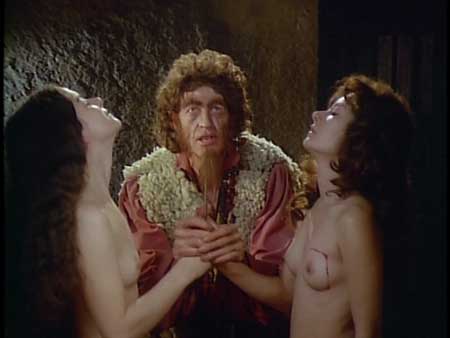 When Justine falls ill, a medical doctor is called in, but the nuns at the convent tend to fall back on prayer as a means of healing. During their regular gathering of flagellation, Father Lazaro and the nuns discuss the girls recent troublemaking, coming to the conclusion that an exorcism will be in everyone’s best interest. But when things go wrong, all hell breaks loose (that one was too easy). 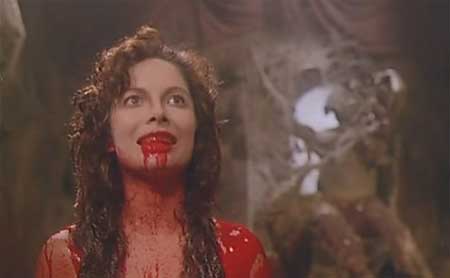 Alucarda is a movie I’m ashamed to have not seen until now. It fits all of the best categories of a golden era (aka 1970s) horror movie. It has the gritty, imperfect look that draws the viewer in closer, leaving them vulnerable to anything that may appear on the screen (phrasing credited to SGJ). It has a sexiness that cannot be recreated within today’s high-octane, higher-budgeted blockbusters. And it has a no holds barred, take no prisoners attitude that says no one is safe and no topic is off limits.

In their roles as true scream queens, Tina Romero and Susana Kamini (Alucarda and Justine, respectively) surely give Marilyn Burns (Sally of The Texas Chainsaw Massacre) a run for her money. It’s a shame neither of them rose to the same “legendary” status. In fact, all of the acting in this movie is fairly solid, and aside from the somewhat cartoony feel of the hunchbacked gypsy (his role is so small, I’m not entirely comfortable that this is his third appearance in this review), the movie keeps a consistently dark and doomed feel throughout. 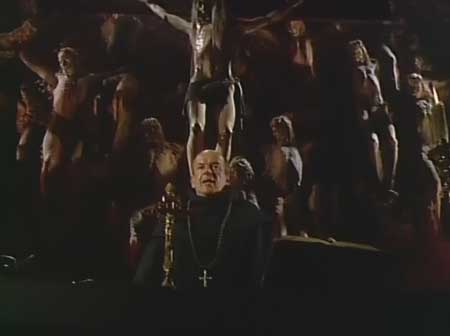 In my opinion, Alucarda can hold its own among its predecessors and peers (The Exorcist, The Omen, etc). It’s not just a re-hashing of the same story with slightly different kill scenes, Alucarda offers the viewer something different in both story and substance. In particular, the scene where a blood-drenched, feral-like Justine rises from a blood filled grave and attacks a nun is one that will remain forever saved in my mental database of horror movie greatness. Not to mention the Carrie-eque finale, where Moctezuma replaces a prom full of high-schoolers with a convent full of nuns. 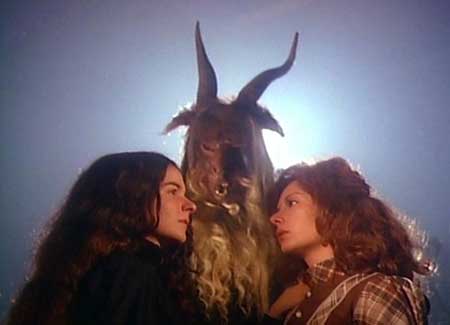 Alucarda appears to also be known in the United States as Innocents From Hell, Mark of the Devil 3, and Sisters of Satan. I mention these other titles so that you will have an easier time finding this movie for sale. It is worth it. Solid acting, enough scares and blood to keep the run of the mill horror fan interested, and more than enough awesome to grab any avid horror psycho. The story is good and consistent throughout, but at the same time there is just enough weirdness to keep you on your toes. I give this movie a rating of four pentagrams out of five. 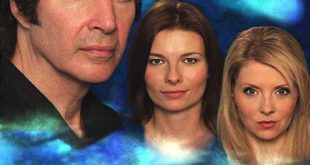