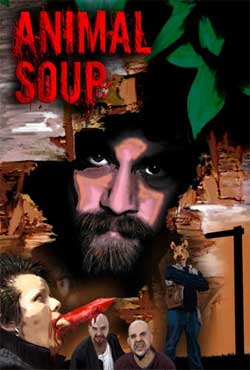 Three groups of hikers embark on a hike across the beautiful countryside, they quickly discover the local inhabitants are anything but friendly.

Some films just head out of the gate pure nasty never letting let up. “Animal Soup” is one such film. Directed by David V.G. Davies and a fella who calls himself J.A.K., “Animal Soup” really doesn’t have alot to it. The film seem ok with just simply being crude using the much overdone theme of a few campers who stray “too” far into the woods. 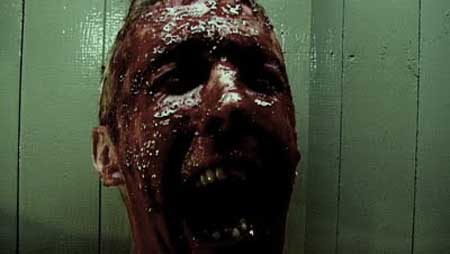 Pain and violence run rampant in this independent release that takes its torture and actions to the extreme. From what I could gather, there was an epidemic of mad cow disease a while back that infected a bunch of severed pig heads (I’m guessing to be used for food). Those pig heads were disposed of but not all “that” completely. So a few of the backwoods pioneers who lived in abandoned sewers or such feasted on some thinking they had some tasty pork eating (and were driven insane).

“This” premise is hinted at but never really quite conclusive to the fact that we just have a bunch (ok maybe 2) of psychos who like to do odd things. The conflict is really focused on a set of hikers (2 goth girls and 2 male campers) who each encounter these wackos in the woods. One of these nut jobs seems to fashion himself after “Leatherface” with a collection of face skin masks hanging about. The other “seems” brighter but loves his nudity, playing with himself and the joy of excrement (cool, eh?). Our Leatherface fellow, doesn’t talk much and only seems to indulge in capturing stray folk, fastening them to a chair and then having his way with them. A power drill to the knee is pretty effective, but mouth clamps holding open the victims jaw so he can pee into it is a bit worse. The torture sessions are keep basic with only the idea that this nut bag likes to inflict pain for no apparent reason. 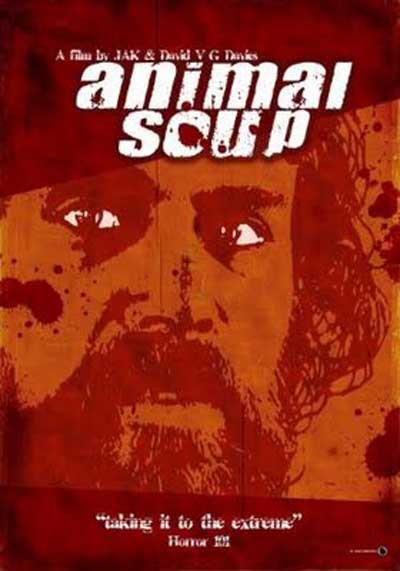 This theme of body waste is seen once again with a girl who is captured and then sh*t on from an open hole above. This trend of exploitation grossness runs pretty rampant thru this whole movie. Our opener “sick gag” has a man who is captured and then removed on his nipple per a Cenobite-style hook (The nipple is then eaten to add more sickness to the segment). One clever scene has our psycho ramming a rod thru one of the ladies until it pokes out her other end. “Animal Soup” has plenty of low budget “disturbing scenes” to talk about which take precedence over its missing storyline. 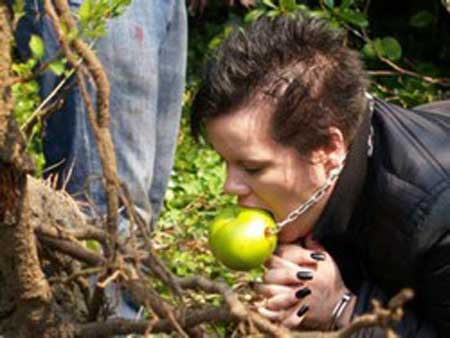 From what I could gather…..these psychos just “love” to mess with folks in their sector of the woods and drag them down for a hearty torture and abuse session. Highly graphical gore and excess make for an odd movie that in many ways holds a dark comedic overtone to its execution of silliness.

Though I will add that we probably could of done “without” the full frontal whacking-off which I believe was performed by “Hamish”. The derelict badman is of this film fashions the title, “Mad Tom” played by actor David Pliskin. Now if I got these 2 confused, then I’m sure you’ll sort it out on your own. There is some excess animal cruelty which is the reason for the title “Animal Soup”, however, most will recognize this scene as simply being a prop and nothing else. 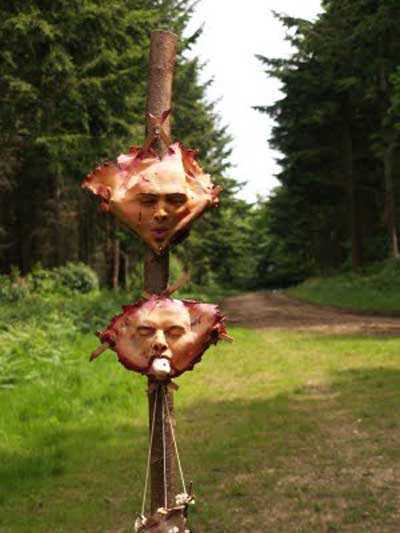 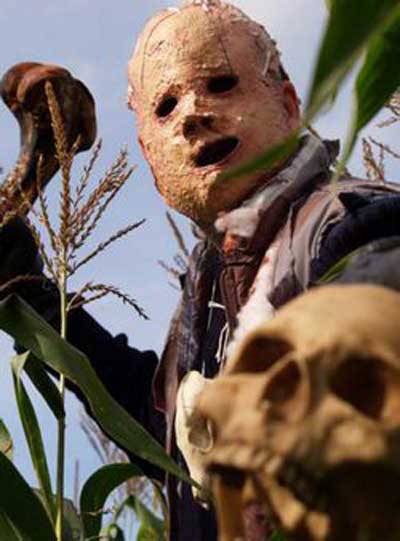 This UK created film, although very crude has its place within the sub-genre for those who like shock and nasty circumstances. You’ll find that the fx work here was pretty decent and “felt” at times such as the drill-to-the-knee scene. Creator David V.G. Davies and company have pulled off an effective experience, even if it is brutal to watch. You may find humor in a few bits or reminded of past horror icons who inspired this whole she-bang!