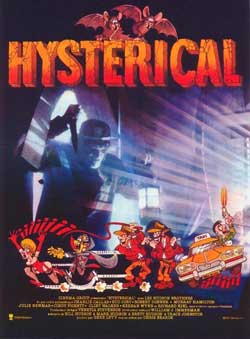 A burned out writer retreats to a northwest town called Hellview to write the great American novel. Unfortunately for him, the lighthouse he is renting is inhabited by the spirit of a woman who killed herself there one hundred years before and now wants him to replace her lost love, Captain Howdy. When Captain Howdy is resurrected, two daring adventure seekers are brought in to solve the case and find out the secret of the lighthouse

In horror movies, one must be careful naming a film something like Hysterical – the jokes practically write themselves for critics, especially if the film is egregiously terrible. Going into Hysterical, it’s a difficult task to not mentally prepare oneself to continuously think of puns with the word “hysterical” in them. And during the opening of the Hudson Brothers’ movie, the awful acting, stiff dialogue, and very poor special effects indicate that what’s to come in the next hour and a half will be hysterically bad. 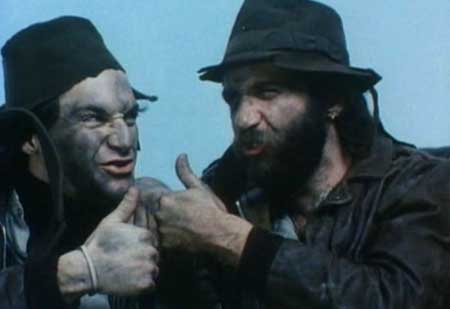 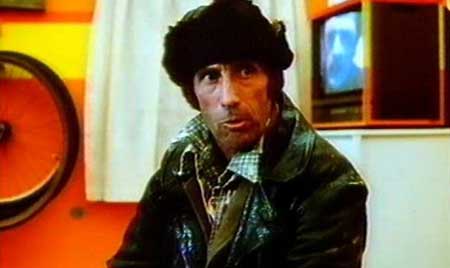 But once the narrative gets back to normal and focuses on main character Frederic Lansing/Casper (Bill Hudson – the character changes his name in the film), it’s obvious that Hysterical’s opening section is meant to be extremely tongue-in-cheek. The rest of the film follows this idea, opting for many scenes that riff off of horror movies and slapstick humor that apes Abbott and Costello.

The film centers around the small town of Hellview, where Lansing, a budding writer in the smarmy genre of erotic fiction, travels to get away from all of the hustle and bustle of the city. He stays in a lighthouse, and he’s sufficiently warned away from it by the looney of the town who continues to reappear with his signature phrase, “You’re doomed!” And so Lansing is – the lighthouse houses a ghost of a woman who killed herself, her lover the lighthouse captain, and his wife after an affair went awry. Now, she wants to raise the dead of the town and take a man back to the grave for her. 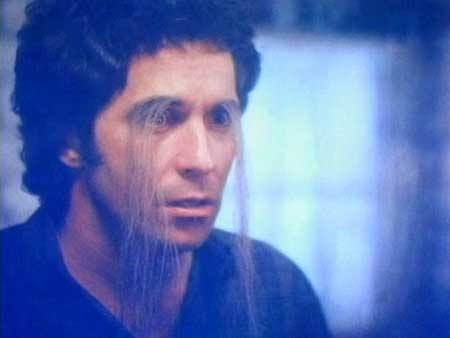 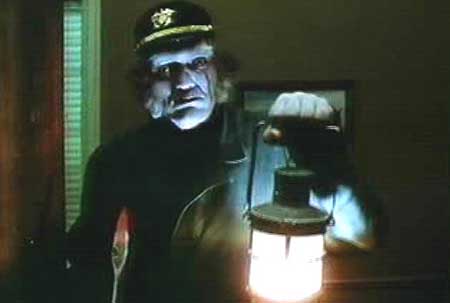 Enter the other Hudson brothers, Mark and Brett Hudson, as Dr. Paul and Fritz, respectively. They’re called in to investigate the missing body of the lighthouse captain, who has come back from the grave to kill off the residents of the town.

From then on, slapstick humor ensues. The Hudsons’ brand of humor involves wordplay, inane situational comedy, and the slapstick mimicking the Three Stooges; it’s fairly juvenile stuff, and if not for the nudity, some cursing, and a bit of violence, youngsters might have been able to enjoy Hysterical as a film that slowly envelopes them in the world of horror. 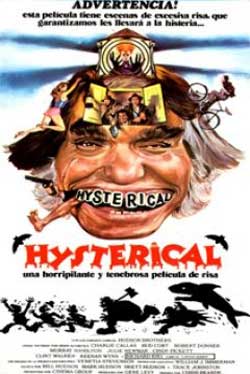 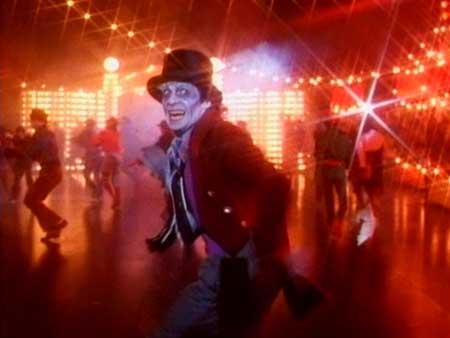 Your enjoyment of Hysterical, then, depends on how funny the Hudsons’ comedy is to you. I found it often hilarious, and sometimes hit-or-miss; however, it does take a bit of childish humor to work, and the film doesn’t really sustain this situational comedy over time. By the end of the film, it’s obvious that the Hudson brothers’ brand of humor works better over short periods rather than film-length storylines.

There are numerous references to films throughout Hysterical; the obvious warnings by the town crazy stem from Friday the 13th and other slashers, while an exorcism scene rips entire pages from The Exorcist. Ghost stories are reused; the Zomboogie, a lengthy scene where the zombies fall into choreographed dance, apparently predates Michael Jackson’s “Thriller” video.

There’s a lot for fans of horror to enjoy. With that said, those who don’t have a deep background in the genre might find Hysterical less than humorous; it really takes a love of the genre and a juvenile sense of humor to enjoy the film. Because the plot is fairly shoddy, there’s not much point in watching Hysterical only for the story – it rarely takes itself seriously, and some events just don’t make sense entirely. There’s a love story in here somewhere, but it’s a completely distracted and sarcastic affair that’s mostly meant to mock other movies rather than enhance the film. 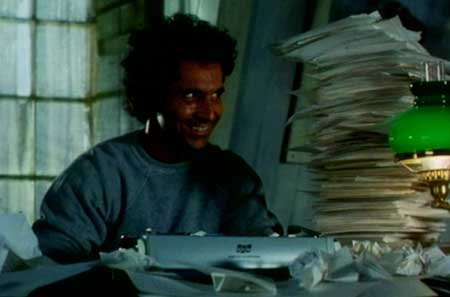 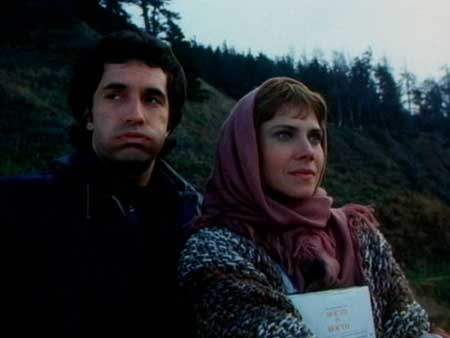 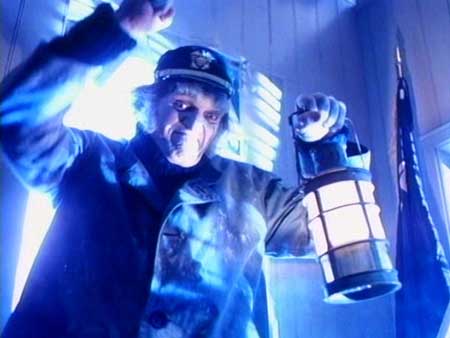 The Hudson brothers never really made a dent in film; even Hysterical seems fairly overlooked by the masses, although one look at IMDb shows that it does have its fair share of cult followers. While Hysterical isn’t as funny, or as suspenseful, as its title suggests, it does have its charm and its moments of humor. Whether one will enjoy it depends on their own sense of humor and their fascination with horror. It’s obviously dated since its release in 1983, but the homages it presents come from some great horror films. Hysterical is definitely worth a look, as long as you can get into its brand of humor. 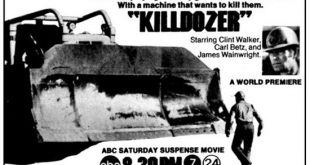