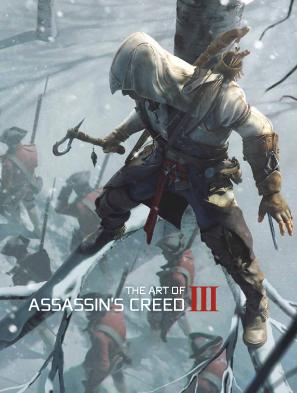 With the world of gaming being such an important factor these days and many core audience crossovers, it’s easy to forget about some of the essentials that go into their creations. This is why a book like “The Art of Assassins Creed” is such a marvel to view with its elaborate, detailed, and (frankly) beautiful illustrations paving the way for its more intricate programming aspects.

“The Art of Assassins Creed III” is an art book dedicated to the artistry behind the game with several full color pages of sets, ideas, concepts, characters and weaponry. It is a look into the process, one that gets overlooked when its comes to how a character might evolve from a European flavor to a suggested American Indian motif. It’s an ode to the virtual sets and the paintings that inspire their creation. It’s a fantastical walk thru in how artistic minds take an idea from year 2010 and see it thru 2 years later become a virtual environment where characters can roam, experience, and interject decisions.

It was clear from the start that the book would feature its greatest art pieces presented by its designers to inject a bit of “how it all comes together” presenting. While there is an introduction and liner notes surrounding its pieces, this book is simply taken in with an admiration for the creation process and artistry.

Characters are featured and accompanied with various designs, alterations and intentions. Paintings reveal the environment of this fantastical game that borrows its inspiration from histories own makeup. thee are not 3D renderings here, but rather the echoes of the lives, living quarters and times brought to life thru careful conceptual realizations. An entire section illustrates the ships and waters of the Assassins Creed world with other sections taking on a more character focus. It’s a great way for future game designers to see what kind of thoughts and detail go into bringing a creative process full circle from concept to deployment.

Hardbound, and in full color, The Art of Assassins Creed is a wonderful art book and tribute to the game it helped create. Fans of paintings and fine art can appreciate this collection, whether its the beauty of the seas, or forestry or landscaping there is much to see here. This edition arrives from the creators at Titan Books, of whom are noted for their impressive releases. 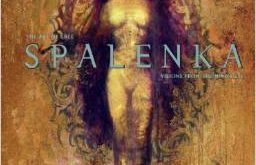 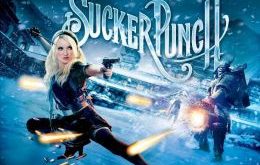 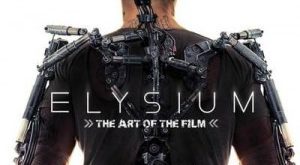