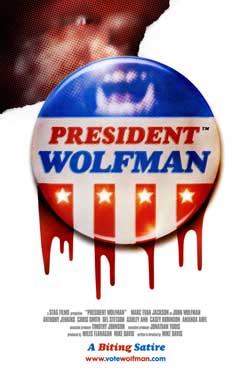 The President of the United States has been bitten by a werewolf and is loose on the streets of Washington on a killing rampage! This comedy/horror/political satire is also a ‘green movie,’ created entirely out of recycled stock and public domain film footage culled from over one hundred grainy government instructional shorts, classroom education movies, vintage stag reels and features that have fallen out of copyright as well as from the favor of the public

From the first nearly unwatchable moments of “President Wolfman,” I was transported back to my early teens, when I’d first begun my journey into the magical realm of Movies Nobody Else Has Ever Seen and Probably Never Will.  During these early years of reckless film watching experimentation (how I wish it had been drugs and/or sex instead), a friend introduced me to an oddity entitled “A Man Called . . . Rainbo,” a 1990 direct-to-video re-dubbing of an awful Sylvester Stallone flick from 1970, “No Place to Hide.”  Utilizing that dated and obviously out-of-copyright forgotten stinker while incorporating other public domain and stock footage into the editing process, the creators had done something I had, indeed, never experienced before.  We laughed from start to finish at the sheer audacity of the venture, and even tried our hands at replicating the same giddy vibe by recording an old Godzilla flick off the television onto a blank video cassete (our version of Tivo in the days of yore), then inscribing our voices to a tape recorder. 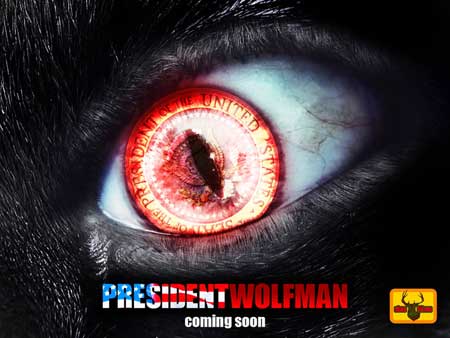 Our goal was to play both simultaneously with the TV muted for a group of what we were certain to be delighted and impressed fans.  I believe my recorder ate our only tape, thus we had to scrap the project before it ever saw fruition.  Or, we watched “Tetsuo: The Iron Man,” and decided we wanted to filch that film’s themes for our own personal gain.  Or, we discovered girls.  Whatever the motive happened to be, we were wise in abandoning the fleeting dream.

As brilliant as we’d considered the gimmick at the time, the unofficially entitled “green films” movement never really caught fire.  The closest entity in spirit would be “Mystery Science Theater 3000,” which if you happen to be unfamiliar with, dear reader, then I refuse to extend you the courtesy of an explanation, and in fact request that you leave this website forever.  You read correctly, you’re banned.  “MST3K,” however, poked daft fun at their unwitting celluloid victims whilst leaving the piece predominantly intact, sound and all.  Though I admittedly would most likely find “A Man Called . . . Rainbo” insufferable twenty years after that initial youthful viewing, I could give it the one adulation that it still remained a unique moviephile moment in my existence.  Until, unfortunately, today.

“President Wolfman” (Didn’t think I would ever get around to the actual review, did you?) takes precisely the same green film concept and fails miserably in both approach and execution.  Like the other previously mentioned entry in this underpopulated genre, it blends stock footage (in this case, old educational reels and stag films) with a long-forgotten obscurity that serves as basis for the brunt of the action.  It took me nearly as long as the movie’s runtime of 80 minutes and no shortage of Internet savvy to hunt down the core film, a 1973 potboiler starring Dean Stockwell called “The Werewolf of Washington.”  Unlike “Rainbo”, which turned the meandering hippie theme of its source into a wacky government conspiracy involving World War III, radioactive dog feces and the worst Nixon impersonator since Rich Little, “President Wolfman” plods along in uninspired banality.  It merely regurgitates the exact plot of “The Werewolf of Washington,” incorporating footage of topless dancers and pot-smoking teens for no apparent reason other than to lay claim to the hyperbole of originality.

The overdubbed deliveries are equally feeble, substituting vulgarity and drug references for humor.  Two African-American characters are voiced by obviously white people doing their best jive impressions, which would be racist and unsettling even if it was the scarcest bit funny.  The one standout in this motley crew of “actors”, and the only vocal talent I will bestow the honor of mentioning here, is Ashley Ann, who articulates the role of President Wolfman’s son Bobby with a hilarious, self-aware zeal that only a woman laying tonality to a young boy can accomplish. 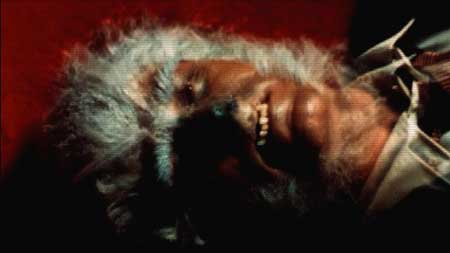 In spite of myself, I did find myself charmed by “President Wolfman” on a few sporadic occasions.  Writer/Director Mike Davis, who had proven himself a witty and subversive talent with the little-known cult gem “Pervert!” in 2005, throws a heaping handful of spagetti at the proverbial wall here, and of course a sparce dollop of noodles sticks.  This is merely the theory of one thousand monkeys at one thousand typewriters inadvertantly crafting a masterpiece, though.  It reminds one of a classic scene from “The Simpsons”, in which Mr. Burns recreates that said scenerio within his labyrinthian mansion, only to berate one of the enslaved primates for producing the opening line, “It was the best of times, it was the blurst of times.”  In other words, a failure.

I still hold firm to the ideal that a fledgling filmmaker could splice together something wonderful and subversive in this virtually untapped medium, but “President Wolfman” is certainly not the way to turn that conceit into reality.  In that air of good sportmanship, and the nostalgia it forced upon my memory, I’ll be more fair than the film deserves in my final grade.  Actually, I now have the unbending urge to track down “Tetsuo: The Iron Man” again, if not “A Man Called . . . Rainbo.”  Some things, like most vague and fond recollections, are better left as they were. 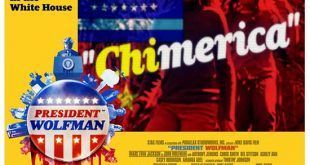 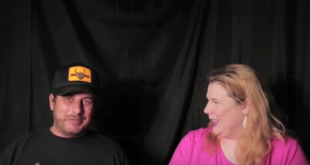