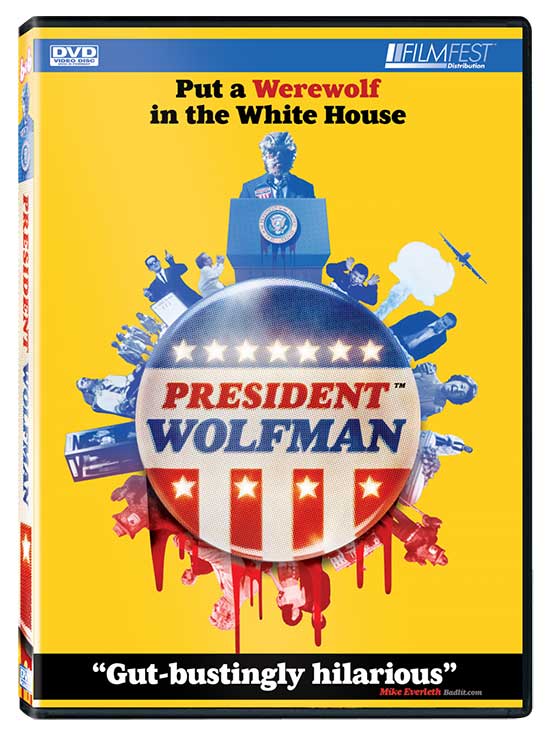 Do you suffer from election tension and anxiety at the polls? The new indie film release, “PRESIDENT WOLFMAN” puts politics aside to give everybody something to laugh at in this outrageous and timely comedy satire. Voters of all stripes can sink their teeth into this midnight movie mashup on a dogged campaign to play fetch with your funny bone.

The President faces a tough re-election bid as his first term comes to a close. The economy has tanked. Civil unrest rules the streets. China threatens American independence. And on top of it all, the commander in chief is bitten by a werewolf while on a hunting trip out West. Now, John Wolfman must save the country while fighting off the instinct to kill his opponents one by one. Add his unofficial duties as a single father to young son Bobby, a budding romance and judge of the Miss America Junior Miss beauty pageant, and this Commander in Chief is left howling, “Hail to the teeth!” 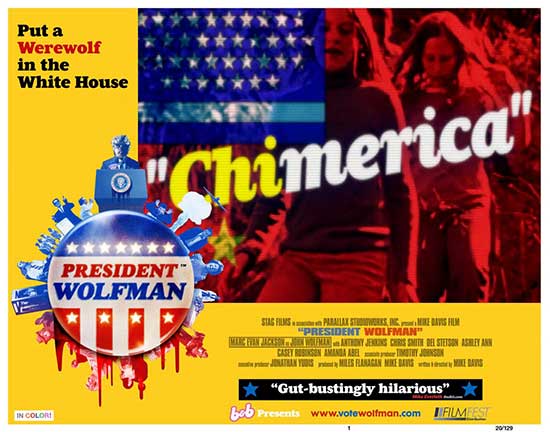 “I’m able to create the entire movie remotely from my home,” says DAVIS. “No filming, no crew. As we like to say at my production company, Stag Films, ‘No lights, no camera, ALL action.” “We’re the little film that exists against all the odds,” continues producer MILES FLANAGAN. “We basically made the film from our spare rooms in L.A.” 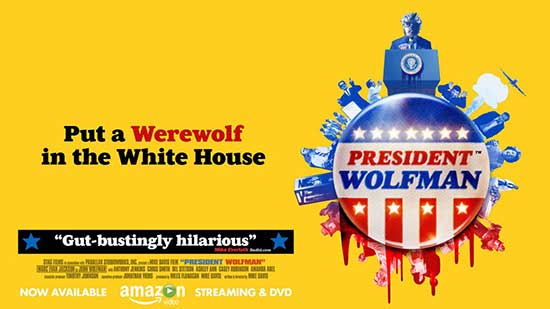 Writer/director DAVIS used hundreds of bits and pieces of footage sourced from forgotten feature films, industrial shorts and educational classroom reels to create “PRESIDENT WOLFMAN,” building backwards to create a story out of what images were available. The movie has been awarded high approval ratings from festival audiences around the world. “I love the look of grainy old film from that time. It gives me the visceral feeling that whatever I’m about to see is going to be weird and wonderful.”

Hail to the teeth.

“PRESIDENT WOLFMAN” (the Director’s Cut) is available on DVD and streaming worldwide on AMAZON and all leading platforms. Released through FILMFEST DISTRIBUTION. 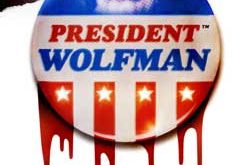