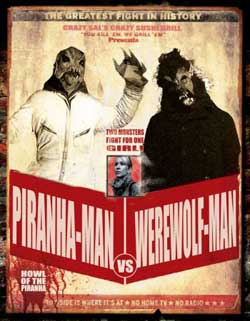 Piranha-Man Versus WereWolf-Man: Howl of the Piranha details the epic generations-long battle between two of natures most perfect killing machines! The rivalry between the fish-like Piranha-Man and the canine WereWolf-Man is one of brutal murder, familial kidnappings, stalking, and incest! When the decades old fight begins to affect the life of investigative journalist Lexi Glass, she finds that sometimes you need to become the story in order to report the story. She discovers the battle of a lifetime along with the horrible secret of her family’s past! Piranha-Man Versus WereWolf-Man: Howl of the Piranha, the inter-species battle you’ve been waiting for!

I was sincerely considering an option of foregoing the review and filling this page with one of my absolute favorite pieces of literary twaddle, Lucky’s speech from Samuel Beckett’s stage masterpiece “Waiting for Godot.”  Then, dear reader, you would be introduced to (or enjoy once again) one of the true iconic moments in modern theatre.  Instead, out of stark raving fear that I may never be allowed to post a review for HorrorNews again, I soldier on with a cornucopia of rambling, run-on sentences in testament to “Piranha-Man Versus Werewolf-Man: Howl of the Piranha.”  I promise to keep it pithy and to the point, therefore referring to the tawdry campaign as “PVW” from here in.  You will receive no ill will from this direction if you click on that upper left arrow right now.  No?  You’ve been warned. 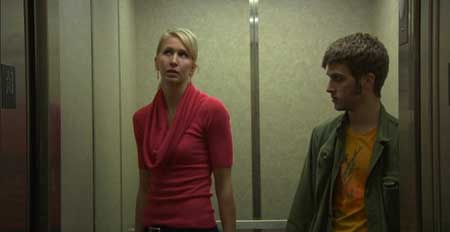 The extensive title is the funniest thing about “PVW”, a film which doesn’t seem to be even slightly in on its own joke.  Did screenwriter Steve Goldenberg and director Dorian Knight never once pause to read the top of the screen as they tap-tap-tapped away at the script?  “Howl of the Piranha!”  That was not a drunken typo on my part, I assure you, because I went back to rewatch the opening credits just to ensure I had read it properly.  That in itself instantly elicited a hearty guffaw from yours truly, and I settled in for what I assumed would be a cheeky throwback to the deliciously awful basement budget monster mashes of the 1950’s.  Current indie filmmakers Christopher R. Mihm (“Attack of the Moon Zombies”) and Larry Blamire (“The Lost Skeleton of Cadavra”) have both carved themselves modest and celebrated careers in this now niche genre, spending what amounts to my weekly beer budget on their facetious little gems.

“PVW” was produced and shot on a shoestring allowance, in that fact there is no debate.  By “shoestring,” I am speaking in literal terms.  The movie looks and feels as if it must have cost less than the price of an actual shoestring.  Also, like the famous monologue from “Godot,” it is utterly incoherent gibberish from start to finish.  The wildly overwrought storyline follows investigative television reporter Lexi Glass (Carrie Long) as she attempts to track down what she believes to be a serial killer through the streets and alleys of an undisclosed and nondescript metropolitan region.  In my own writings, I refer to these locales as “Any Large City, U.S.A.”  She begins to have oddly psychedelic visions which allow her to see through the eyes of the multiple victims, revealing the murderer to be a werewolf (Yoshi Hiro), who must have adored the grunge era of music so much that he never abandoned the fashion.  The Werewolf-Man effects consist primarily of a mask and gloves that I hope for the sake of all involved were shoplifted and not actually purchased.  They wouldn’t win runner-up in a dive bar’s costume contest.  The same sentiment goes for Piranha-Man (Jerry Martin), who is only glimpsed through hallucinations and flashbacks until the last (i.e., “Thank God it’s almost over!”) ten minutes, when he is quickly bested by Werewolf-Man after a brief wrestling match that reminded me of the tussles my younger brother and I had as children, except less violent and not nearly as exciting. 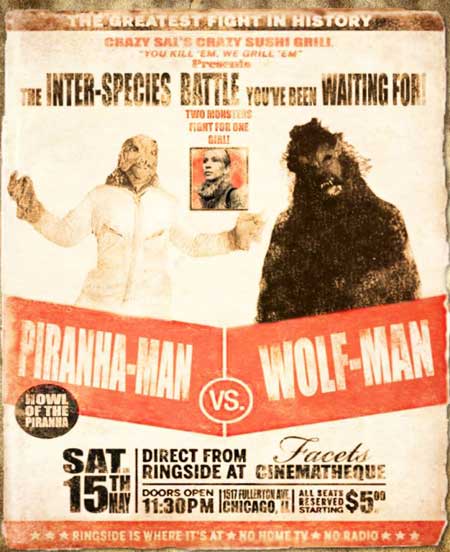 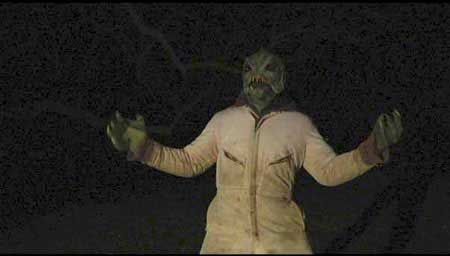 If anything, the most blasphemous sin “PVW” commits is overreaching, which is not oft stated in regards to no-budget horror.  An extended dream sequence binds Lexi to both creatures through her family history, incorporating her horny roommate Gina (Karla Yeh) into the mix as destined role of protector.  This is a plot device designed solely to give Gina a couple of clever one-liners as she puts a beating down on Werewolf-Man that should have been saved for the paramount battle with Piranha-Man.  In our fishy friend’s defense, however, Werewolf-Man didn’t pull a gun on Gina.  No, your eyes did not just completely decieve you.  After relying on teeth and claws for the entire film’s run, our antagonist arrives for his final showdown packing heat.  In all honesty, I got a guilty thrill out of that unexpected turn of events. 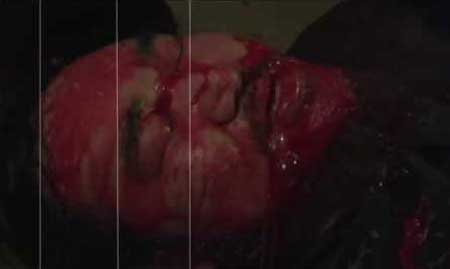 There are all sorts of plot twists and trippy visuals permeating “PVW,” but it all amounts to shinola.  The deaths are insipid at best, with the baddies writhing around atop screaming innocents without so much as a trickle of blood until the jump cut to the corpse.  What it isn’t lacking in is female nudity, though I would have happily traded that for a little viscera here and there.  The better half of our species must be the cleanest beings on this planet, because every woman in the cast either showers or bathes at some point in the film.  If you’ve made it this far in the review (and bless you for doing so) before deciding one way or the other, allow me to reiterate what I’d previously declared in paragraph number two: The name of the movie is “Piranha-Man Versus Werewolf-Man: Howl of the Piranha.”  And it isn’t funny.  I would slap it with my very first grade of F here, but I save that distinct honor for any motion picture in which Julian Sands gets naked.  I’m looking in your general direction, “Siesta.”  Now, to compensate for the time I’ve wasted you, and without further ado:  “Given the existence as uttered forth in the public works of Puncher and Wattmann of a personal God quaquaquaqua . . . ”  Just kidding.  Find your own culture, I have movies to watch.