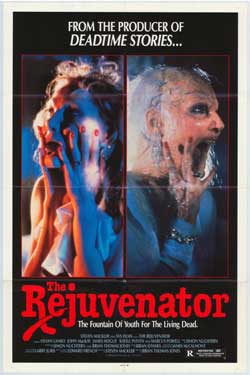 A rich actress who has gotten too old for leading roles employs a scientist who is working on a formula for eternal youth. The formula involves withdrawing certain fluids from the human brain. She takes the serum, but its unforseen side effects turn her into a murderous monster

The Rejuvenator is a mad scientist film about trying to find the metaphorical fountain of youth. Its title sounds a lot like The Reanimator, but unlike that film, the doctors aren’t trying to bring anyone back to life – instead, they’re trying to keep a woman in her youthful state, while also battling the side effects of the serum they inject into her. The main theme here is where to draw the line when attempting to find eternal life, and the obvious ethics of medicine apply here; in all accounts, The Rejuvenator is low-level, B-movie schlock, and its low budget is apparent from the outset. 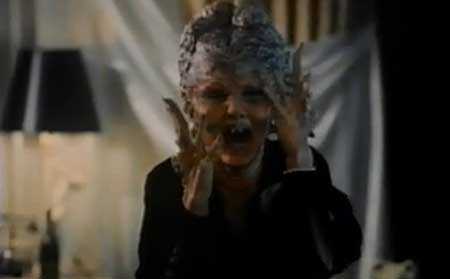 John MacKay plays Dr. Gregory Ashton, who’s been working for years on a serum that should return human cells to their youthful state. The mice that he’s been working on have been exhibiting strange side effects, but that doesn’t really deter him from injecting the working serum into Ms. Elizabeth Warren (Vivian Lanko), an rich older woman who wants to return to the beauty of her younger years. It works splendidly at first, but as expected, the serum changes Elizabeth into a monster once the effects wear out, and her body reverses itself into a state of grotesque varicose veins and a throbbing brain.

The only way to stop the change is for Dr. Ashton to synthesize the serum, which is near impossible since much of The Rejuvenator finds him fretting about what to do while Elizabeth and the mice he injects go on a rampage. There’s a really loose plot within the film that makes it somewhat of a slow drag – nothing really changes about the action in The Rejuvenator except multiple scenes of Elizabeth and Ashton discussing what to do about the problem, with scenes of laboratory experiments spliced in and a really half-hearted attempt at giving Ashton’s assistant, Stella (Katell Pleven), a semblance of character. 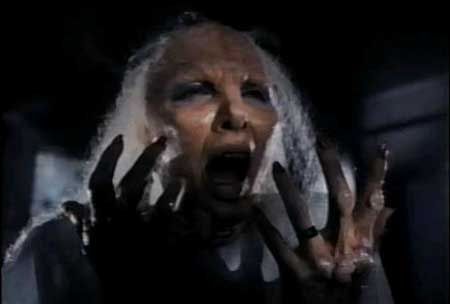 Part of the lack of story has to do with the film’s meanderings; there’s a club scene when Elizabeth tries to find a man, and this allows heavy metal chick band Poison Dollys to riff over scenes of her change as though it’s a music video shoot. It lasts entirely too long, as do most of the scenes where Dr. Ashton broods over the latest problems in his laboratory.

It doesn’t help that the film’s fairly repetitive; first, Elizabeth looks fairly normal and beautiful, but once she picks up a man and brings him home with her, she changes into a hideous monster with a bulbous, veiny head. Cue Dr. Ashton with a vial of serum, then repeat over and over again throughout the film. This happens three or four times before the main conflict really hits home – finally Elizabeth is driven to kill people for brain juice for the serum, but at this point it’s entirely obvious the film has to head in this direction anyway. 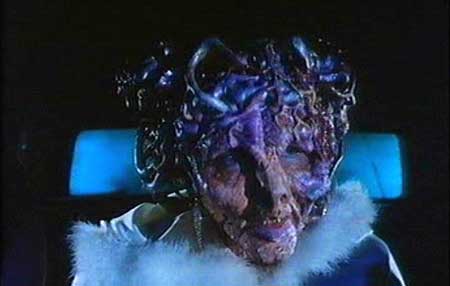 As Elizabeth kills for her brain juice, plucking brains from human heads like grapes off of a vine, The Rejuvenator begins to seem silly; in fact, the screener DVD I received has a problem with the audio where it cuts out for a few minutes, and watching Elizabeth run around with veiny lumps on her head reminded me of an Abbott and Costello creature feature. 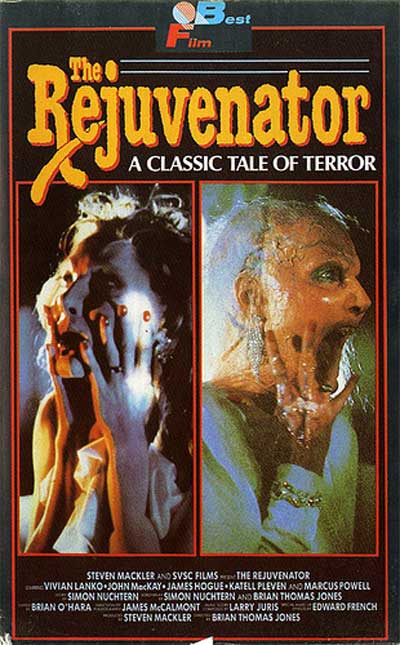 The ending, too, is expected from the beginning; it’s difficult not to see it coming that Dr. Ashton will figure out the synthesis of the serum too late, allowing Elizabeth to run free with nary a care in the world and killing anything she comes in contact with. The bodies that begin to pile up leave a huge hole in the plot as well – since a security officer and Ashton’s assistant have both disappeared, it’s surprising that the police don’t come knocking at the laboratory door sooner.

In all, The Rejuvenator is a mad scientist film that hits all of the tropes but does them all rather uninterestingly. The plot is too repetitive and obvious, and the film never falls into the category of B-movies where it’s so laughable that it becomes fun to watch. Instead, it’s a film that won’t find much of an audience anywhere, except maybe with those people who remember it nostalgically. But for those who haven’t seen it, The Rejuvenator doesn’t deserve to be revived. 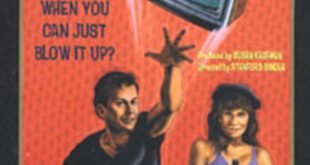 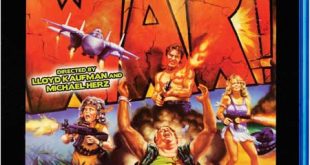 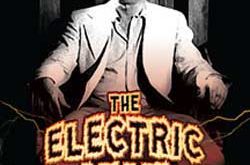