Home | The Trailer Debut for THE COLLECTION 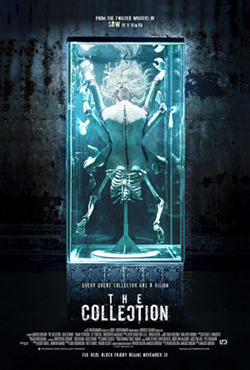 It amazes me how many horror freaks are not aware of THE COLLECTOR. It never fails, every time I mention it to a group of fans I always get at least two or three blank stares. For some reason, it just gets overlooked and that my friend is just not right.

Good news is, there is a sequel heading our way in just a few short months and maybe now the original will get the due it so rightfully deserves.

THE COLLECTION will build upon the first tale by taking us a little deeper inside the creepy, F’d up world of THE COLLECTOR. Here’s the story line:

When Elena’s (Emma Fitzpatrick) friends take her to a secret party at an undisclosed location, she never imagined she would become the latest victim of The Collector, a psychopathic killer. The Collector kidnaps and transports her to an abandoned hotel heâ€™s transformed into his own private maze of torture and death. Upon learning of his daughter’s disappearance, Elena’s wealthy father (Christopher McDonald) hires a group of mercenaries to retrieve her from the vicious grips of The Collector. These mercenaries coerce Arkin (Josh Stewart), the only man to have escaped the wrath of this heinous monster, to lead them through the gruesome labyrinth. Now, Arkin finds himself fighting for his own life in order to save Elena. The Collection, directed by Marcus Dunstan and written by Dunstan and Patrick Melton, is a suspense horror film with nonstop thrills at every turn, starring Josh Stewart (The Dark Knight Rises), Emma Fitzpatrick(The Social Network), and Christopher McDonald (Requiem for a Dream)

The trailer is below and yes, it does indeed rock!

THE COLLECTION will be hitting theaters on Nov. 30th!! 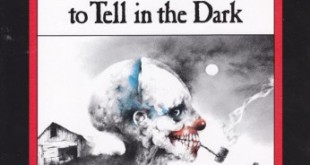 CBS Films Picks Up SCARY STORIES TO TELL IN THE DARK 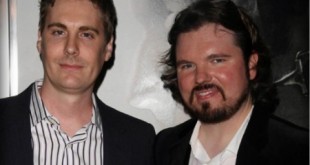 Dunstan And Melton Reteam For THE NEIGHBOR