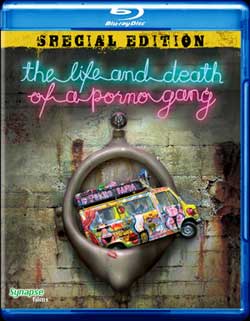 Young director Marko, after several unsuccessful attempts to shoot his first feature film, makes an acquaintance with a p*rn director Cane and starts making films with him, showing his anger towards the society he lives in. After the conflict with Cane he starts his own p*rn cabaret club in which the socio-political shows are frequently performed. He gathers p*rn stars around himself. Gay couple Johnny and Max, a transvestite Ceca, junkies Rade and Darinka and others. However, Cane’s brother who is a policeman interrupts a premiere, the press destroys them as well, and Marko decides he should leave Belgrade and have a tour around Serbia with his crew. Shortly after, series of conflicts happen with the viewers from the villages they visited. On the way, they meet a German journalist Franc, who is fascinated with Balkan. Franc suggests Marko to make films with the authentic scenes of sex and violence for him, with the volunteers- victims who did not care for their lives. P*rn gang has a possibility to have their revenge on rural Serbia.

Just when you thought you were all Serbian-ed out….Those twisted minds from the land of mystery bring us another demented and extreme mix of adult horror doused in a p*rnographic seasoning. The title? “Zivot i smrt p*rno bande” changed to its Western name of “The Life and Death of a P*rno Gang” (sorry our account gets red-flagged when we use the actual spelled out version of “p*rno”) The film can be summed up with the simple classification of a “p*rno horror film (rather than the much used “torture p*rn”) But with this also arrives a very well put together piece digging deeper than expected. 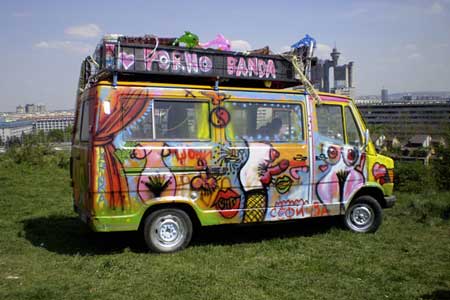 Directed by Mladen Djordjevic, we begin on a dirty and seedy ride into the adult film world turned upside down. Marko played by Mihajlo Jovanovic is a young film director who wants to make a difference in his life. His efforts keep getting shot down by the business that doesn’t want to take a chance on his artistic ideas.

Fed up with his girlfriend and the business, he sets out to change his life around. From this change he meets Cane (Srdjan Miletic) a p*rn director, who offers him a steady job with a paycheck. Marko soon learns the ropes around the camera “but” at the cost of having to shoot adult films for a living. When Marko takes a chance on a more artistic version of an adult film, he finds himself in debt to Cane (who doesn’t like the fact that he used his film  stock). Marko goes into hiding to avoid Cane and his thugs till he can raise back the cash. 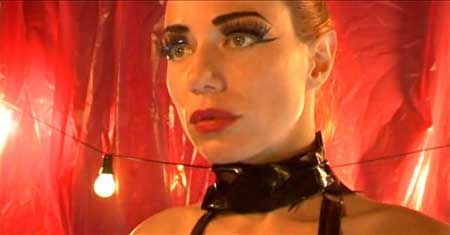 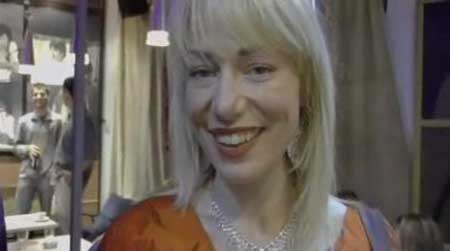 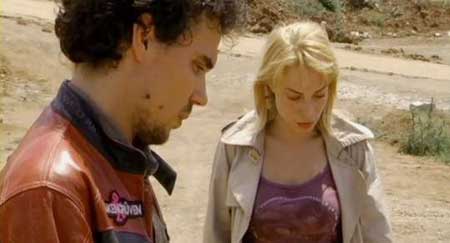 To get his finances started he invites on much of Cane’s cast to form his own adult label which ends up blossoming into a live p*rn cabaret club show (in fact the first of its kind). The gang performs a live art house play which is intermingled with live sex acts over its rather bizarre folly of a performance. They soon find themselves taking the show on the road when Marko is assaulted by Cane and his thugs.

As they travel the countryside they are able to make ends meet on a minimal amount while presenting their traveling side show theatre group (thus named “P*rno Banda”). Locals intrigued enough by the racy nature of the performances help them get from one location to the other by paying to see the act. However it is pretty shortly after that they are chased out by moral-toting Mayors and locals who want nothing to due with their perversions.

Despite the fact that you are constantly inundated with on screen sex and murderous acts, this film manages to keep its charm. We grow to love this freak show on wheels while feeling a bit of their hardships. This injection of foundation built up thru the story gives the characters a viewer-to-screen relationship that exceeds most other films of this nature. We see them struggle, homeless, shunned, poor, raped, starving and yet they manage to keep it together as well as their dedication to each other. A form of group suffering occurs thru the abstract nature of the acts they perform and the jobs they are forced to take. 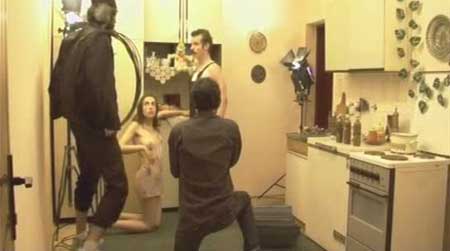 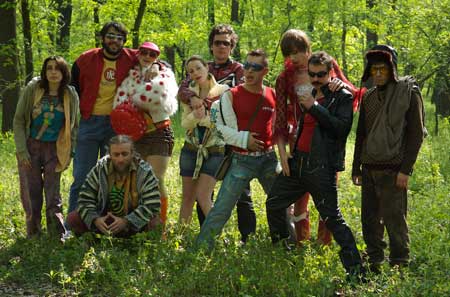 Marko is approached by an older man who offers them a chance to make alot of money (which appeals to their dire straits). This man states that he “used” to film atrocious acts from the war (essentially real life snuff films). He offers the group a chance to make alot of money by filming willing participants on camera as they are executed by the group or by their owns means. Needless to say, the acts are gruesome, presented as realistic and reinforced by the reactions of the theatre group. The events are filmed and sold back to the man who has wealthy clients wanting this “kind” of content.

While we share in the horror that unfolds on screen with our traveling team of freaks, there occurs a transformation that begins once the horror from these individuals has crossed over into a standard for them. This sudden acceptance of performing murder on camera starts to weigh heavily on the troupe who can no longer continue forward. Some take to the road while others are more content just ending it completely. The film continues on to darker places that despite its cruel nature shows a whisper of reclaimed humanity.

In summary , this is quite a remarkable film. You of course have to look past the context of the troupe’s acts which range from life sex performances to gay adult content into what is being translated. Mladen Djordjevic creates a powerful controversial film that will talked about for decades. An artisan at heart, it’s clear that Djordjevic has his finger on the alternative culture with his others placed upon  the “purity” of real horror told thru the camera eye. A film like this takes you on a journey. It may be hard to watch at times but it still has got alot of soul.