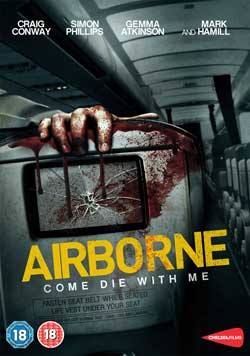 In my humble opinion Airborne sustained a lot of unjustified criticism and negative feedback. Let’s face it in the horror and thriller genre everything comes full circle is done, redone, redone again, remade and rehashed. There are times I virtually cringe when yet another vampire or another zombie or another ‘reality’ based poltergeist tale hits the market. It’s beyond saturation and it’s doing very little to add to the mass appeal of our often ridiculed genre. Every now and again something fresh, innovative and bold enough to be different is introduced that should be given a fair chance. Airborne is one high flying tension filled ride 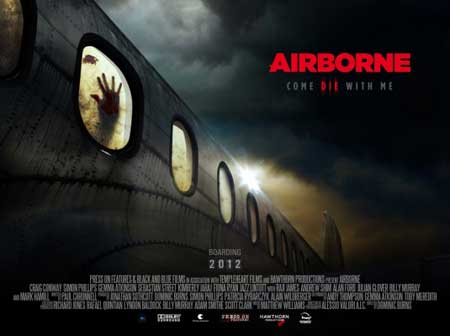 Without plunging into any significant plot spoilers, Airborne delivers plenty of chills, personification of creepiness and an all out gore-feast. Malcolm, played by Mark Hamill is an air traffic controller on the cusp of retirement. In fact the fateful evening the flight en route to New York goes awry it was his last scheduled shift. Subtle clues are given to the audience that something is pending, out of place and going to startle you off your seat. Shots back and forth from the interior of the plane and the traffic control tower is effective, keeps the plot intriguing and moves things along with just the right level of suspense. It’s great to see such solid performances from talented cast. I’m not sure if this movie would’ve been as equally effective with a B-rated roaster. At least ninety percent of the cast are from the United Kingdom which may contribute to a more regal performance. The flight attendants are certainly esthetically pleasing and keep the male demographic glued to their seats for the balance of the picture.

Light and shadow are utilized effectively creating a sensation of dread within the inner cargo bay. Camera shots of the runway and exterior of the plane contribute to some unease while watching the storm intensify. 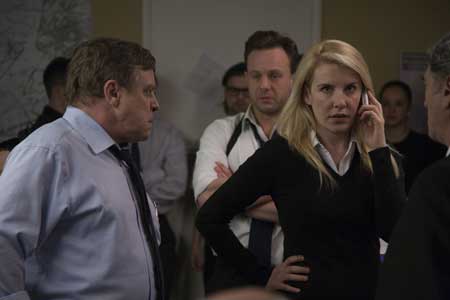 Approaching the third act of the story we’re given flashbacks of what has transpired at the hands of whom. It’s somewhat repetitive and redundant yet at the same time ties up all the loose ends for viewers that may not be privy to what is going on. The visual spectacle of this nuance is done with finesse and leaves little unresolved. 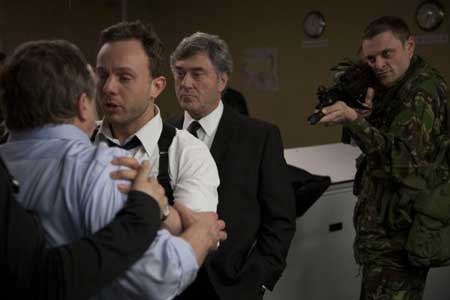 The special effects are at just the right level of suspended believability. There isn’t a whole lot of over extravagance which in most cases just leads to plain cheese. The blood is plentiful in just the right parts and perhaps one of the most disturbing scenes is witnessing a possessed passenger splinter through a wooden crate with his own skull before collapsing to his own demise in a pool of crimson and gray matter. 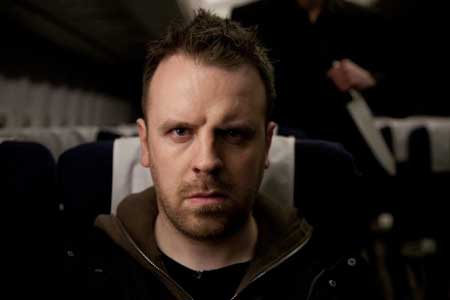 The shimmering hues of the possessed are illustrated well and beckons the audience into witnessing unholy carnage unfold. It’s conveyed with enough artistry to send the odd shiver up and down your spine.  Dark and deadly, Airborne rocks! 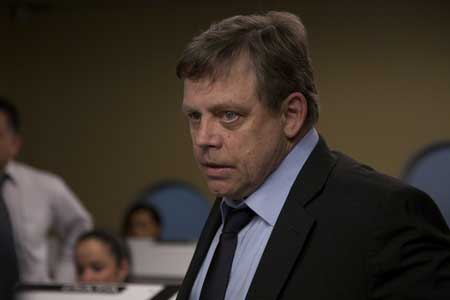 Perhaps the most disturbing element of Airborne is the commitment and acceptance to certain death. It’s eerie, creepy and somewhat reminiscent of the 911 tragedy. Some may argue these plot elements are distasteful in that respect but the supernatural elements are so prominent that there really is no comparison between the two. 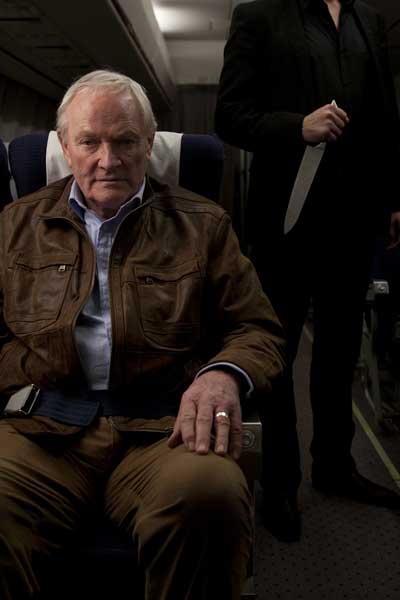 An interesting slice of trivia is the fact that a gun is fired numerous times within the interior of the plane while in flight. If an actual gun were to be fired it would cause the cabin’s interior to decompress automatically and therefore crash. This tidbit really doesn’t distract from the plot however as few of us that are avid Myth busters viewers would invest time into watching a film such as Airborne.

Three out of five tombstones 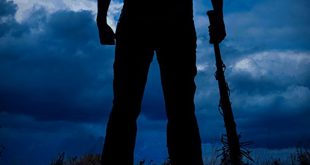