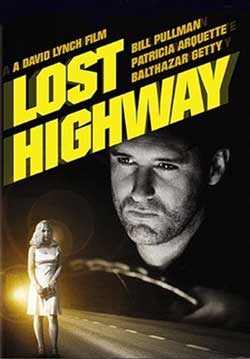 After a bizarre encounter at a party, a jazz saxophonist is framed for the murder of his wife and sent to prison, where he inexplicably morphs into a young mechanic and begins leading a new life.

“Lost Highway” seemed to be a perfect title for this allegorical mind screw of a film. I remember first seeing this on its 1997 release date (ya I was hitting blockbuster big time then). It was also the time I was still trying to figure out David Lynch and what people saw in his films. “Lost Highway” seemed so incomprehensible at the time, that I swore to never watch a Lynch film again. Then something happened. Maybe I became for a film nerd and less of a consumer, but I was still intrigued with the man and his work enough to “revisit”. “Lost Highway” was one such movie that I looked at not once but several more times over the next few years. It took that long to appreciate what he had done and how he approached his perspective.

It seems that to take on a film like “Lost Highway” you need to wear a different set a of glasses, one’s that see the world in a way that you wouldn’t see from films like “Die Hard” or “Raiders of the Lost Ark”. Lynch films shape, twist, and mold over the course of its delivery basing its premise not on “just” a story but the way characters might feel “within” that story. Call it a visualization of emotional distress. One such character (deemed the mystery man) played by actor Robert Blake is exactly a model of this kind of journey. Blake is Blake as you’ve never seen him and also never soon forget. Blake though who some might assume is some sort of demon or devil figure is best explained in the context of being a figment. A figment that occurs within Fred Madison’s (Bill Pullman) troubled mind.

It was a the culmination of a few interviews with Lynch that I determined the “mystery man” to be just that. This figure that appears to Fred begins a journey signaling to the viewers that Fred is beginning to deal with his psyche. This may be the first real clue that transforms telling us that we are about to move into fantastical land.. Fred as we learn thru his younger transformation (aka Pete) is dealing with some heavy emotional issues. It has been described as an “psychological fugue”. So when the mystery man approaches in his haunting supernatural way, the logical conclusion would be of a Fate character or a manifestation of Fred’s own conscience. Knowing how Lynch works, I lean towards the conscience aspect. 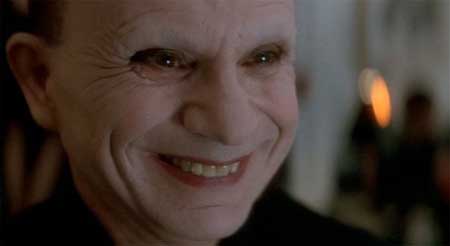 However, we need a place to start with this one. Maybe you didn’t understand the transitions or the allegory but I’m here to help in the best way I can. Fred Madison is a jazz saxophonist who’s about to have a bad day. His wife Renee (Patricia Arquette) was found murdered and yet he is framed for it resulting in a prison sentence. Leading up to this idea we find that he has been having issues that involve possible infidelities (on her part) and his own issues with his ability to satisfy her. He of course loves his wife but knows that things are not as perfect as he’d like them to be.

Taking a further step back…our story begins with Fred receiving a series of strange videos that delve into his privacy. They begin to get weirder as the angles used per a video camera appear almost supernatural at times.

In one of the key first act quotes, Fred states to the detectives why he doesn’t like video tapes. “I like to remember things my own way. How I remembered them, not necessarily the way they happened.” This statement becomes a key into why things are the way they “are” moving forward. Fred is dealing with his emotional state over his wife troubles, and his jealously. When he is imprisoned, he is transformed over night into a different person. One that he wishes he is, rather than who is “really” is. A much younger, hipper and appreciated version of himself arrives in the form of Pete Dayton. This Pete (played by Balthazar Getty) becomes the object of affection for visitor Alice Wakefield (also Renee Madison / Patricia Arquette). It’s worthy to note that Alice begins as a version of Renee he “wishes” her to be, but deteriorates over the course of this hallucination bringing Fed back to reality.

Pete knows that times are dangerous with Alice being the girlfriend to Mr. Eddy (Robert Loggia). The segment essentially becomes another “film within a film” as Fred is now Pete following a whole new premise. Besides this narration distraction, it should be pointed out that the Fred we know, is still in prison and that this new reality is more of a imagined projection (an altered reality of his conscience, deeds and fears). One that separates the fantasy of the film from his reality (his wife murdered by his own jealous hands and Fred locked up). The real clues comes right before the switch in which the imaginary “mystery” man appears again to taunt Fred. By putting the visual segments together which are sometimes only presented in flashbacks (we learn that the real Fred murdered his wife Renee).

The 2nd half of the film tends to throw our perception off course as Fred creates this reality based on his memories. From this comes the creation of characters which include his own “version of himself. He begins to imagine Renee as an altered version of temptation that appeals to him, though as we find this evolves into a lie with her ending the romance in “you’ll never have me”. Upon this realization he awakens to his imagined Fred state, again now dealing with killing off his barriers. One which comes in the form of Mr. Eddy / Dick Laurant who represents the unknown power hovering over him. Whether Mr. Eddy was a real character or not is secondary to Fred’s own barriers of defeating this threat. Fred’s demon, “the mystery man” haunts him and taunts him along the way (even shoving the video camera in face, like he is telling him to remember things as they “actually were”. Symbolism is thrown into the visuals to build upon this base. The raging fire, the cabin, the videos…all swarm within as an emotional whirlwind pointing to a few realities that Fred is dealing with. 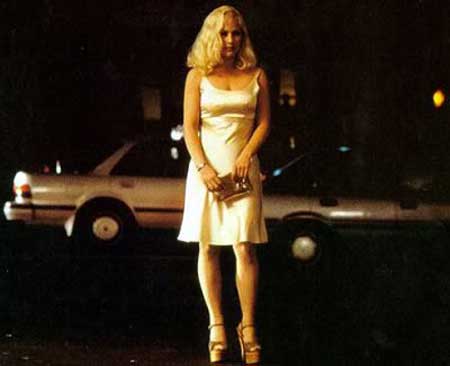 Those are: Fred is guilty. Fred is imprisoned now. Renee was unfaithful (or may have been according to his paranoia). Fred’s relationship was strained. Fred is only able to deal with all of this thru a mental break down that imagines things the way he wants them to be.

The final end alludes to a few things. One, Fred is morphing himself into another reality, or that he is finally dealing with his deeds and losing his mind. It might also allude to an execution taking place, but this idea is left ambiguous.

The film makes great use of a multitude of music tracks which include music by David Bowie, Smashing Pumpkins, Marilyn Manson,Trent Reznor, Nine Inch Nails, and Lou Reed. 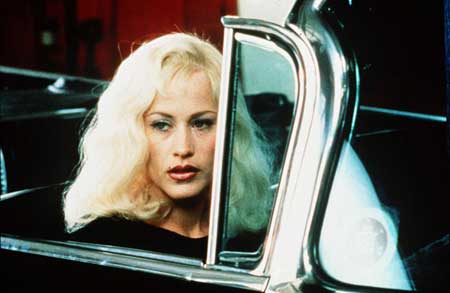 “Lost Highway (1997)” with its hypnotic score performed by Angelo Badalamenti is cited as a mystery thriller drama. I would have to add psychological horror in there even if presented in a a fully strange way. You see, a Lynch horror is one that seeps under your fingernails, but not so much that its staring you back from the comfort of a typical place. While Lynch’s lack of coherence to the casual viewer might be an off putting quality, it is in the deeper re-reflection that you get the journey her set out for you. Easily one of David Lynch’s strongest films of his career, “Lost Highway” is the ultimate allegorical horror adventure. The fun of this film comes from repeat viewings that decipher Lynch with every session. A gift perhaps? Or a way to test your interpretation skills….you be the judge.