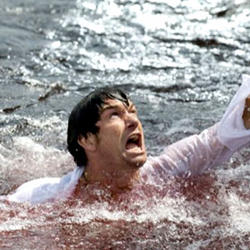 Still not sure how I feel about a modern day retelling of THE MUNSTERS but the pre-production continues and tonight brings news that they have cast one of them major characters, that of Herman Munster.

Jerry O’Connell has been tapped to don the green.

O’Connell has proven to be nothing if not versatile and he sure is one witty SOB so I say why not? Bring out the huge shoes and neck bolts and lets get this party started.

The official line from NBC has MOCKINGBIRD LANE going like this:

The madness begins when a baby bear attacks a scouting trip, only it turns out that this “bear” is actually Eddie transformed into a werewolf. Eddie is unaware of his metamorphosis and it forces the family to move in order to protect the family secret. The coming of age story gets weirder as he fights against his family when he learns of a shocker: they’re a family of flesh-eaters!

OK, so there is no mention of Herman being a Frankenstein-ish character but he has to be, right? I don’t remember any flesh eating going on in THE MUNSTERS either. If nothing else, it should be interesting.

Mockinbird Lane – 4 Clips to get your Munster on! 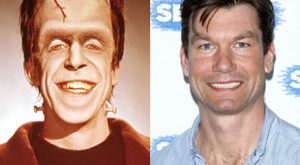