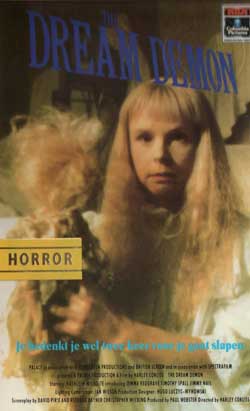 Diana is a young bride to be who is about to marry a successful military man, one would think that she has her young life all figured out. Diana’s night time world however is plagued with horrible and violent dreams that only seem to get worse when she meets an American named Jenny. As the two begin to develop a friendship young Diana’s nightmares start to become a reality in the waking world. The two young women need to find out what is causing these strange things to happen before it ruins the perfect life that Diana has in store for her, and in the process find out just who her new American friend really is.

“Everyone has nightmares sometimes.”

Hmmm….Dream Demon….1988…yeah I think most of you reading this know exactly what inspired this British genre flick. To say that the film is influenced by the Nightmare on Elm St franchise (which was big horror business in the 1980’s) is surely an understatement. Although Dream Demon does ape a lot of the concepts of the Elm St series it still does pull itself out and stand on its own as a great piece of retro horror. 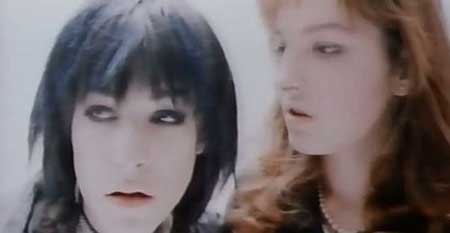 Dream Demon focuses on Diana a young British woman who is about to be married to a higher ranking military man whose name is Oliver. From the opening sequence where the young bride literally slaps her future husbands head off it is fairly obvious that the young woman is quite nervous about her wedding. Diana suffers from some terrible nightmares when she goes to sleep; her daytime hours aren’t much easier for her either since she is hounded by two members of the press who are attempting to make the young woman’s life a living hell. 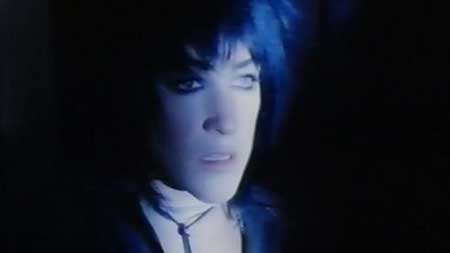 It is after being chased and harassed by these agents of the media that Diana meets Jenny. Jenny is your stereotypical 80’s goth chick with a spunky attitude and is gentle on the eyes. The two become quick friends and Diana learns that Jenny is in the UK in an attempt to find out who she really is since she was orphaned at a young age. It is convient that Diana now lives in the last known residence of Jenny’s parents. It is also quite strange when Diana’s nightmares start to occur during the waking hours of the day, and it gets even more frightening when even Jenny starts to feel and see the effects of these nightmares. Is it possible that the two young women find the source of the problem and get back to their normal lives, or will they perish in a nightmare world that only seeks to consume them? 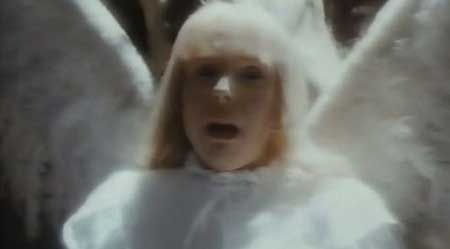 Dream Demon doesn’t ape the Nightmare franchise in its plot. It lacks a killer (who by 1988 was well on his way into making puns that would make the Crypt Keeper blush). In fact in plot the film is in no way similar to the series we all know and love. How Dream Demon takes its influence however is in the dream sequences. Harley Cokeliss obviously has seen the Nightmare movies and knows what makes them tick. The director interweaves the nightmare world with the waking world in such a way that the viewer is constantly guessing if what they are seeing is real or just another troubled figment of the girls imagination. 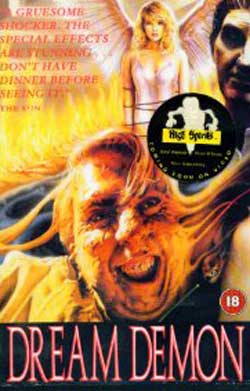 Dream Demon’s subplots do interact with each other quite nicely and everything does eventually make sense as the movie comes to a satisfying close and yes Dream Demon does stand on its own…but lets be honest in 1988 at your local mom and pop video store that title and the synopsis would easily lead anyone who was a fan of our favorite razor gloved maniac to pick up the title and give it a shot. 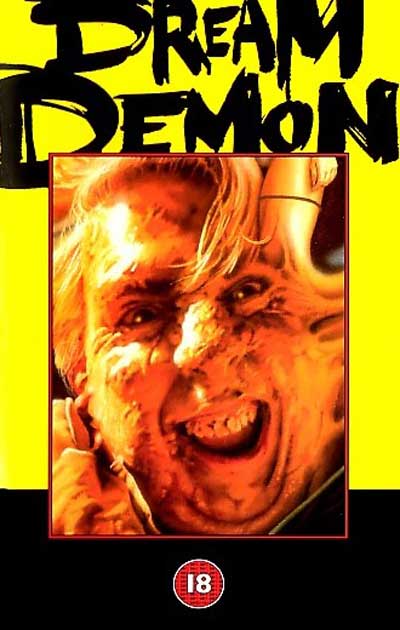 Gore hounds might get excited when Dream Demon starts and they witness Diana literally slap off Oliver’s head and become covered in a spray of blood that looks so nice on her white wedding dress. I for one got really excited after this sequence but really that’s as graphic as the nightmares the viewer gets to see get. Most of Diana’s nightmares throughout the film involve your stereotypical “scary” things like giant insects, approaching in-laws while simply wearing undergarments and bleeding walls. It is implied however that Diana’s nightmares can be far worse, in one sequence she admits to having a nightmare that Oliver had raped her. The nightmares will leave some gore hounds wanting more and they get a few more gag’s mainly in an ear getting ripped off and some members of the press being brutally assaulted. 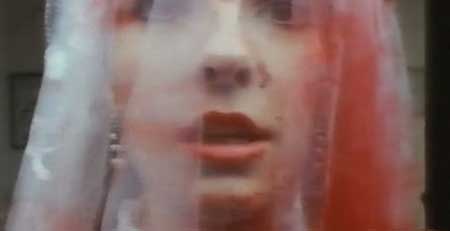 Cokeliss knew what they were getting into with Dream Demon and embraced the idea so what is left is an enjoyable piece of 80’s shock cinema that sure isn’t totally original but is still quite enjoyable to watch….check it out. 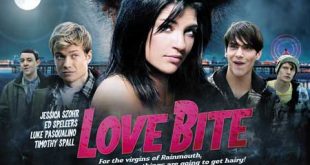 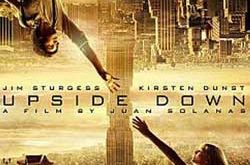 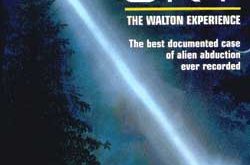