Home | Horrornews.net has EASTER gifts for the kids!

Horrornews.net has EASTER gifts for the kids!

We are giving away copies of ALVIN AND THE CHIPMUNKS: CHIPWRECKED, so if you are a horror fan that has kids or maybe you’re just a big kid yourself. Here’s a family friendly treat to watch. You can pop on your favorite horror movie afterwards to get your gore fix. Happy Easter from Horrornews.net, all you need to do is email joyhorror@horrornews.net  and type “chipmunk” in the subject line. In the body of the email give your full name and complete ship to address. Now, you will NOT get this before Easter but it’s still cool. Winners will be picked at random and restricted to United States and Canada ONLY. 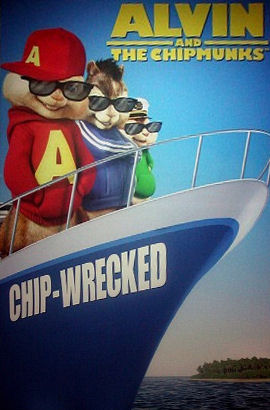 Everyone’s favorite chipmunks Alvin, Simon and Theodore, and their female companions, The Chipettes, have the time of their lives during a family vacation they’ll never forget in ALVIN AND THE CHIPMUNKS: CHIPWRECKED, debuting on Blu-ray, DVD and digital download on March 27 from Twentieth Century Fox Home Entertainment. The hilarious live-action comedy will also be available as an exciting “Island Adventure” edition on Blu-ray and 2-Disc DVD, filled with tons of fun for the whole family to enjoy just in time for Easter.

The Chipmunks, Chipettes and their caretaker Dave Sevelle (Jason Lee; “Dreamcatcher”) embark on a trip of a lifetime aboard the Carnival Dream cruise ship. Seeking fun and excitement, the Chipmunks turn the luxury cruise liner into their own personal playground. But the ultimate vacation quickly becomes a disaster when the Chipmunks, Dave and Carnival cruise pelican mascot, who turns out to be the chipmunks’ old manager, Ian Hawke (David Cross; “Scary Movie 2”), accidentally fall overboard and find themselves ‘Chipwrecked’ on a remote island. Stuck in an unfamiliar territory, the six furry castaways are separated from Dave and must figure out a way to survive on their own for the first time in their lives.
Written and produced by husband and wife duo Ross Bagdasarian, Jr. and Janice Karman,
ALVIN AND THE CHIPMUNKS: CHIPWRECKED features a star-studded voice cast with Justin Long (“Drag Me To Hell”) as Alvin, Mathew Gray Gubler (“How to be a Serial Killer”) as Simon, Jesse McCartney (“Horton Hears a Who!”) as Theodore, Christina Applegate (“Mars Attacks”) as Brittany, Anna Faris (“Scary Movie”) as Jeanette, and Amy Poehler (“Monsters vs Aliens”) as Eleanor.