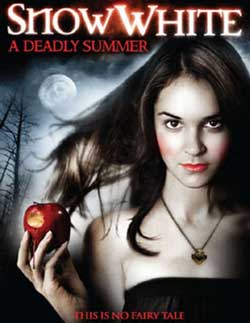 A troubled teenage girl finds herself in a web of lies and deceit when her stepmother attempts to murder her by sending her to a discipline camp.

chick named snow white gets into trouble while Eric Roberts and a Brady ship her off to a camp for terrible acting along with 7 other awkward youths. I think that’s what this story was about. Well what I said was closer to the original ‘Snow White’ than this Lifetime movie is. 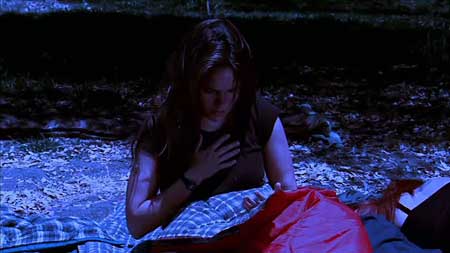 Now to be fair Lifetime movies are sometimes pretty decent and I’m not bashing an entire network of films, but this one just had that type of feel to it. It also had a $1,000,000 budget which makes me jump back and say “What the f*ck did you spend it on?”
The movie starts out interesting with a car speeding down the road while Snow and her boyfriend get pulled over and he reveals the car is stolen. It cuts to the next scene at a ridiculously nice home and see her dealing with her Dad, played by Eric Roberts and Wicked Step Mother played by Marsha Brady.

Then Snow gets stolen from her house and brought to a camp for troubled kids who are given drugs and forced to work in an army style woods setting while two weirdo douches play with knives and harass them with witty one-liners like: “No one appointed you Florence nightingale!” I may be uncultured or too young, but I have no idea what that means or who that is?

For the most part, this movie is decent enough for a late-night-lets-have-sex-to-a-movie-that-we-don’t-care-about-but-is-only-background-noise-but-when-I’m-done-we-can-watch-somebody-get-murdered kinda flick, but overall it’s pretty weak story drowns out anything solid about it. The characters suck and are all pretty unlikeable, the alcoholic has 1 flask to last her more than a day? I’m not a drunk, but one solid night of drinking and I can polish off a flask. They go to sleep during the daytime? Or is it night time? I am confused…that whoever was in charge of the lighting for this movie still has a job. 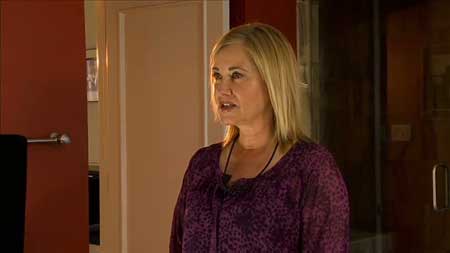 Snow White: A Deadly Summer was directed by David DeCoteau who seems to churn out these low budget “style” films on a pretty regular basis. This one happened to squeeze thru a smattering of 1313 films, almost like a quick excuse for a break. (note: many of his films state 1 million budget which I’m guessing is a placeholder for the actual budget).

One would assume that Snow White would have something to do with the fairytale otherwise why name the character that? If it did in fact have some correlation to the old story, it was lost in translation or buried in the pretty terrible everything about this movie.