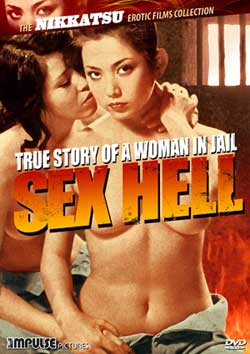 It’s new arrivals day as the latest batch of hardboiled jailbait are incarcerated in the toughest juvenile detention center that never existed.

With a title as blunt and intriguing as “Sex Hell“, one might either assume a Hell-centered genre movie or a film about rape and trafficking. Typical for these older films, the original title was actually released as “Jitsuroku onna kanbetsusho: sei-jigoku” which has been renamed a few times over the years and of course confused with many of the other Asian films which use the words “sex” and “hell” in their titles.

In the interest of this review, we are referring to the recent Synapse release which has been nicely re-coded, re-packaged and re-presented for fans of the Asian genre. “Sex Hell” is also one of those titles that would classify for a CAT III rating, though upon search I couldn’t exactly confirm this officially. Intuition tells me it would though. (It tends to also fall into the “Pinku” erotica category in presentation)

Classifications and names aside, we thought the film worked nicely into some of the sub genres we cover. Essentially in these films you get alot of soft-p@rn, erotica screen time and prison rapings. That notion is often not always clear as some of the assumed rapes seem to be almost “welcome” in many of the cases.

In storyline, a group of girls have been sentenced to a juvi prison arrangement for misdeeds. Buildup is pretty much thrown out the window as they get right into woman on woman eroticism and woman prisoners who are taken aside to get raped by doctors and security guards. You can expect plenty of “careful prisoner search” scenes as a given here. The story evolves as we get more involved with the girl gangs within.

Initially its pretty rough as they welcome to the new girls by roughing them up and pissing on them. The sleaze comes shortly after with further back stories being released and a few lesbian relationships brewing up. 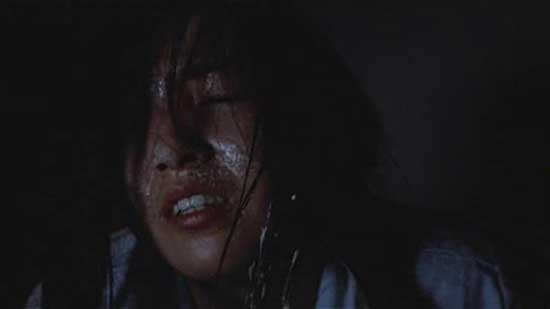 Viewers might also appreciate the cheesy Japanese pop ballads that somehow seems to work their way in perfectly. It’s a perfect example of 70’s sexploitation served up in Asian style. 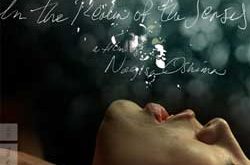