Following the deaths of her mother and beloved aunt, Kate Kavanagh inherits the family homestead in the Irish enclave of Three Oaks, Conneticut; but once she moves in, Kate begins a gradual but terrifying biological transformation that is part of her inheritance, too; though not mentioned in the Will. With the help of a Rottweiler that’s more human than animal, a new friend whose farm stand is only open dusk to dawn, and the “Rat Boys,” Kate will get some answers or die trying (dun dun duuuuuuuuuuuuun! okay, that wasn’t in the book synopsis but I felt like it belonged there).

Review:
The problem with this little novel was that, from the beginning, it didn’t seem quite sure what it wanted to be. It started out a bit of a mystery, and followed that up with a dash of battered woman’s saga, and followed that up with the inklings of a gothic horror tale, that ultimately wandered off to become something of a fantasy story. It never remained in any of these areas long enough to truly explore the possibilities they presented, or to give the book itself any kind of overall tone. I really wasn’t sure what I was reading after a while, if I should be scared or amused or enlightened. In the end, I was just kind of confused and left wanting.

It also had a tendency to fall into the problem of “telling” too much and not “showing” enough. Maybe it was done in order to save time and pages, or maybe it is just how this particular author writes a story, but it made the book rather dry to read. After the initial chapter, years of the main character’s life are explained away in a hurried manner, without the reader getting to feel like they experienced any of the events. Some of them were very tragic and sad, but I didn’t really care because I didn’t go through them with the characters. They were just rattled off to me like facts in a history textbook.

And once the story seemed to get going and the main character was off on her amazing and wonderful adventure, everything happened so fast that I still didn’t get time to feel anything for what was going on and how the characters were changing. This is a short book, only 158 pages, and I think it suffers from that. With proper time to really build on the supernatural, fantasy, and suspenseful elements of the story, this could have grown into a really beautiful tale. But there was no build up, no slow unveiling of magic and mystery. It was just: main character arrives, main character is less than freaked out by freaky goings on, main character becomes fey creature, the end. It was disappointing, when it could have been interesting and fun.

I had a lot of trouble relating to the main character through most of the book. I wanted to feel sorry for her that she married an a-hole and was abused and that her best friend was murdered and her mom died. But I couldn’t. Partly because stuff was told to me instead of shown to me, and partly because the way the main character handled being abused by her a-hole husband was just stupid. She was beaten to the brink of death by thugs looking for her a-hole husband, and he didn’t even show up really at the hospital to see her afterward, and she recovered and went home and acted like everything was going to be okay. Not because she had Stockholm syndrome or whatever, because as the story explained to me (repeatedly), she was smart enough to know better. She just chose to do what common sense told her was a mistake. And she continued to make stupid decisions for years. I kinda wanted to slap her (not that it would have done her any good, I guess). And don’t even get me started on the non-reaction she has when she finds out her “beloved aunt” has committed suicide. Considering it was the last of her family and the person that practically raised her, there should have been a few more tears and hysterical episodes than there was (any even minor hysterical episode would have been nice really).

With more showing and less telling, a firmer grasp of what kind of book it wants to be, and about 300 more pages to fill with a more gradual and believable supernatural transformation, this could be a good book. As it stands now, it isn’t something I would necessarily read again or recommend to other readers. 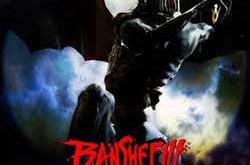 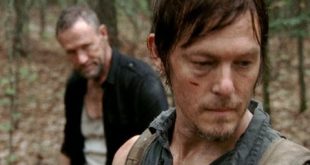 Time To Talk Next Weeks Episode Of THE WALKING DEAD 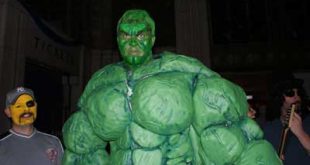