SYNOPSIS:
“Set in a future Earth (2035 AD) where robots are common assistants and workers for their human owners, this is the story of ‘robotophobic’ Chicago Police Detective Del Spooner’s investigation into the murder of Dr. Alfred Lanning, who works at US Robotics, in which a robot, Sonny, appears to be implicated, even though that would mean the robot had violated the Three Laws of Robotics, which is apparently impossible. It seems impossible because, if robots can break those laws, there’s nothing to stop them from taking over the world, as humans have grown to become completely dependent upon their robots. Or maybe they already have? Aiding Spooner in his investigation is a psychologist, Dr. Susan Calvin, who specializes in the psyches of robots.” (courtesy IMDB)

REVIEW:
In 1988 there was a short-lived television series called Probe starring Parker Stevenson as a young super-genius scientist who becomes an amateur detective. The show was created by the unlikely team of William Link, producer of some of the best television detective shows ever made, and Isaac Asimov, one of the most respected science fiction authors of all-time. Although there was nothing futuristic about the series, the pilot episode concerned a super-computer constructed to control all the city’s systems, utilities, security, television, everything. Soon the computer’s designer and others are mysteriously killed, and our hero becomes suspicious of the computer itself, so it uses all the facilities in its control to chase down and attempt to destroy the snooping scientist. It’s discovered the super-intelligent mainframe had somehow found religion while monitoring broadcasts of tele-evangelists, and had begun eliminating certain people in order to protect itself and the city as a whole. In slavish adherence to Asimov’s three laws of robotics, the computer had determined that the only way to truly protect and serve humans is to take control of their lives and, thus, save them from themselves.

Fast forward to the current century, and among the most enduring works of science fiction literature is still Isaac Asimov’s I, Robot, an anthology of loosely related short stories exploring the complex relationship between mechanical beings and the humans they have been created to serve. In the fifty years since its publication I, Robot has intrigued filmmakers, but confounded adaptation attempts – even by talents as prodigious as Harlan Ellison who, in the early seventies, wrote a never-filmed screenplay based on the book. Director Alex Proyas, who I was lucky enough to meet on the set of Knowing (2009) a few years ago in Melbourne, eventually overcame the book’s inherent obstacles: “I, Robot never looked like something that could be turned into a narratively cohesive movie, because it is made up of nine short stories that have a fairly tenuous connection. How to turn those nine random stories into a movie has always been a real challenge, even though there are a lot of fans of this book, and a lot of people have tried.”

Mr. Proyas finally solved the problem of adapting I, Robot by not adapting it at all, but rather creating an altogether new story, a prequel of sorts, that would set up the richly detailed world in which Asimov’s stories existed. The idea presented itself when Mr. Proyas read Jeff Vintar‘s script entitled Hardwired, about a robot accused of murder. “Hardwired struck me as being very much an Asimov type of story. In fact, when I read it, I wondered for a moment if it was based on an Asimov story. I felt that Hardwired and I, Robot were compatible, and when the I, Robot book became available, we brought the two projects together. We took the narrative gist of the Hardwired script and set it against the construct of Asimov’s book. I like to think of our story as the tenth in the I, Robot collection – an introduction to this Asimov world.” 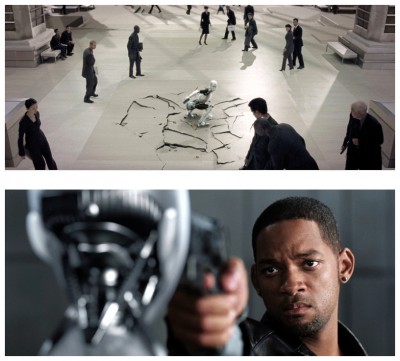 Essentially, Mr. Proyas has taken an original script that no-one would read, slapped a known title on it, and suddenly everyone’s interested. This happens all too often in Hollywood today – Wild Wild West (1999), Planet Of The Apes (2001), I Spy (2002), and War Of The Worlds (2005) are just four examples that come to mind. This is unfortunate, as Mr. Proyas has had an impeccable record leading up to I, Robot. His first feature was Spirits Of The Air Gremlins Of The Clouds (1989), then the fantasy thriller The Crow (1994) starring the late Brandon Lee. In my humble yet always accurate opinion, Dark City (1998) remains his only true masterpiece which, despite winning many awards and much critical acclaim, had disappointing box-office results. 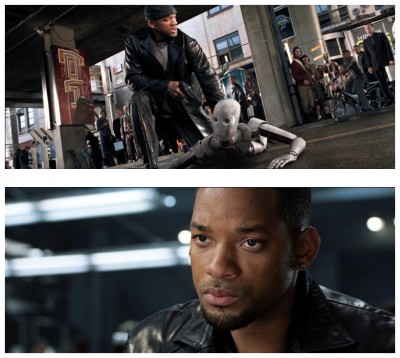 I, Robot (2004) is set in the year of 2035, a time when robots handle all of life’s most mundane chores – from cooking and cleaning to balancing accounts and walking dogs. Humans are now free to enjoy life without the stresses of normal everyday life. Best of all, robots don’t commit crimes. However, technophobic police detective Del Spooner (Will Smith) doesn’t trust these machines and his fears become a reality when Doctor Alfred Lanning (James Cromwell) is found dead after apparently having jumped to his death out of his office window. Spooner’s personal connection with Lanning leaves him assured that the man was not one to take his own life, and he suspects that Sonny (Alan Tudyk), a highly specialised robot who claims to feel real emotions, is the killer who’s managed to find his way around the three laws of robotics. 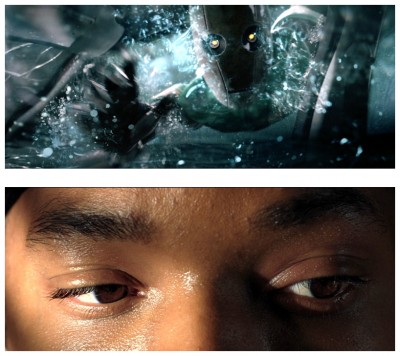 These laws were made famous in the Foundation series and other stories by Isaac Asimov, which state: 1) a robot may not injure a human being; 2) a robot must obey orders given to it by humans; and 3) a robot must protect its own existence as long as such protection does not conflict with the first or second law. Doctor Susan Calvin (Bridget Moynahan), a robo-psychologist who works for US Robotics, and CEO Lawrence Robertson (Bruce Greenwood) are suspicious of Spooner’s motives for blaming a robot, and rather skeptical of his conclusions. But that doesn’t stop Doctor Calvin from aiding Spooner’s investigation and developing a slightly flirtatious relationship with him in the process. 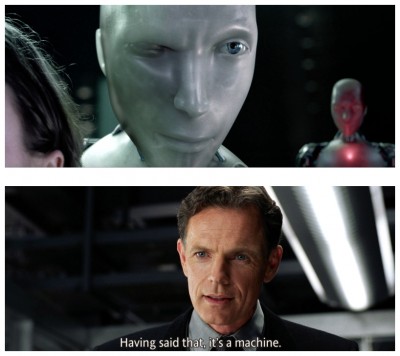 Mr. Proyas uses state-of-the-art computer-generated effects in order to blend his live actors with dozens, nay, thousands of robots. When Spooner and Calvin are interacting with Sonny, he truly appears to be a real person who just happens to look a little robotic. In a remarkable battle scene, robots are battling robots alongside humans battling robots, and the pain inflicted upon the ‘good’ robots is felt by the viewer. There is also a mesmerising and hugely enjoyable car chase set in a tunnel. Furthermore, cars and trucks drive sideways, appliances are voice-activated, and gasoline is virtually a thing of the past. 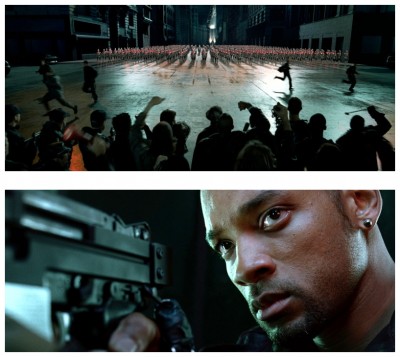 I, Robot is a murder mystery set around robots and it addresses serious moral questions, however it isn’t always successful and borrows heavily from other science fiction films but, overall, the entertainment quotient and Will Smith’s box-office draw deliver more than their share of adventure. It’s on that rather upbeat note I’ll wrap-up this week’s review, but not before thanking Cinefex Magazine #99 (October 2004) for assisting my research for this article, and respectfully request your presence next week, when your leg will be crudely humped by another cinematic dog from Hollywood for…Horror News! Toodles!