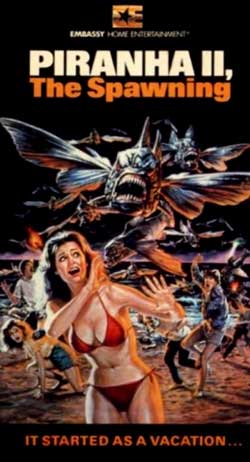 A scuba diving instructor, her biochemist boyfriend, and her police chief ex-husband try to link a series of bizarre deaths to a mutant strain of piranha fish whose lair is a sunken freighter ship off a Caribbean island resort.

I love watching the early films of what are to become legendary directors both good (Peter Jackson’s “Meet the Feebles”, or Ridley Scott’s “Alien”) and bad (Michael Mann’s “The Keep”.) “Piranha Part Two: The Spawning” is a bit more in the latter camp yet James Cameron’s greatest strength can still be seen this early on and I’ll get to that later on. In a way this sequel is more of a remake as many of the themes and situations are repeated from the first, some aspects to greater effect but many to lesser. 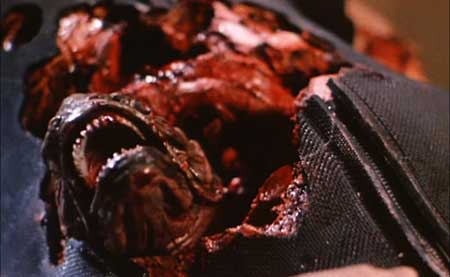 Lance Henriksen (the ‘Alien’ franchise, ‘Pumpkinhead’) plays police chief Steve Kimbrough who harmlessly frightens tourists but is all business when there’s a job to do. He’s played so deftly as to leave room to believe that even though he can be an ass, he’s still compassionate about his family and anyone else he cares about. Beyond Henriksen much of the acting is good, Tricia O’Neil (another accomplished television actor) is the police chief’s estranged wife Anne who runs scuba lessons at the resort and Steve Marachuk is Tyler Sherman who’s secretly investigation the piranha for the military. The character development is fuller than its predecessor but they’re still chasing after the piranha as everyone else who is in danger from them don’t believe they are. While this sequel doesn’t pick up directly from the first it uses much of the same ideas and settings but still try to add something more than the original, there’s another resort in peril but instead of being tacked onto the end this story uses it as the location all the way through. 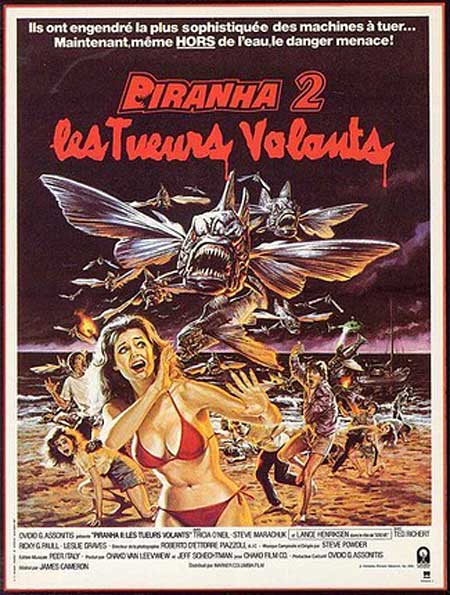 “Piranha Part 2: The Spawning” (and I think aside from the few exceptions like “The Lord of the Rings” trilogy and “Dr. Strangelove” your just asking for trouble if there’s too many addendums to your title) starts out with a pretty brisk pace and a sense of humor that flirts with being too much but stops just before going over the top. These two qualities actually endear all the silliness in the characters, fashions and styles that permeate this movie to the audience and make us want to cheer for the rest when it starts to slow down. Through the second act it does start to slow as we get more involved with the relationships between the characters but the third act fails to pick up the pace again into something more riveting. 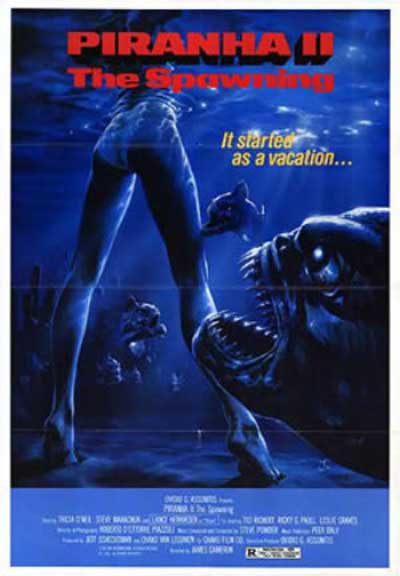 There’s no denying that James Cameron is a talented man in this industry and he has made a few of the greatest innovations in recent years (notably further exploring the Titanic and the current 3D technology.) Though his script writing talents are questionable and aspects of his directing are suspect Cameron seems to have an uncanny ability to pull great work from his actors, but his biggest talent may not be as a director. Cameron is likely one of the greatest cinematographers that’s not working as one. With all due respect to the cinematographers who’ve worked with him (though there are numerous rumors that speak to Cameron being extremely difficult to work with) his films all have a stunning beauty that remains constant though his director of photography may not. “Piranha Part 2: The Spawning” may not be a grand sprawling epic that Cameron will become known for but inklings of that talent are evident to the keen observer. His work with underwater scenes are surprisingly good (he’s an avid and experienced diver with over three thousand logged hours underwater) and the simple display of the school of piranha are clear and effective. Some of the best tension is created through the disturbance of the water just under the surface and the fish roil with anticipation of the feast to come. 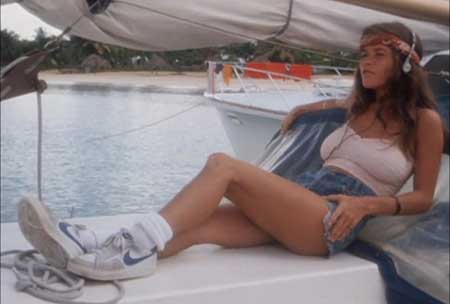 This movie lacks consistency in both tone and pace but taken separately, each aspect is done well. It may fail as an overall production there isn’t any one weakness that brings down the whole ship. “Piranha 2” ends as an enjoyable clone of the first film that in many respects, is better.