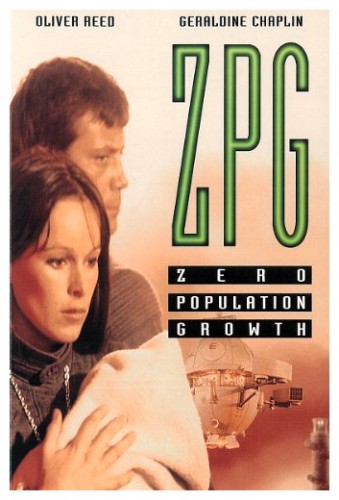 “In the not-too-distant future, a very smoggy and overpopulated Earth government makes it illegal to have children for a generation, making the decision to ban the birth of babies for thirty years. Brainwashing and robot substitutes are used to quell the yearning for children with the death penalty as the ultimate deterrent. One couple, unsatisfied with their substitute robot baby, breaks the rules and gets in a lot of trouble.” (courtesy IMDB)

REVIEW:
Hollywood has always been wary of tackling one particular contemporary problem – overpopulation – probably for fear of stepping on religious or political toes. But overpopulation was high on the list of people’s concerns during the seventies, reflected by certain films released then. Arguably, the best film concerning overpopulation is Soylent Green (1973) based on the novel Make Room! Make Room! by Harry Harrison, a grim warning about what will happen if the problem of overpopulation is ignored and the rampant exploitation of Earth’s dwindling resources continues unabated. It’s an exercise in futility and despair, and we can only watch as civilisation goes down the plug-hole. The made-for-television movie The Last Child (1971) takes place in an overpopulated future where couples are only allowed one child and people over 65 are forbidden medical care. A young couple pregnant with their second child (the first died shortly after birth) enlist the help of an elderly senator to escape to Canada. The citizens in Logan’s Run (1975) are forced to euthanise themselves at age thirty to avoid such problems as overpopulation.

Another film that dealt with the subject of overpopulation was Z.P.G. (1972) also known as Zero Population Growth, directed by Michael Campus and written by Frank De Felitta, an award-winning documentary filmmaker who would later turn to writing horror fiction like Audrey Rose (1977) and The Entity (1982). The term ‘Zero Population Growth’ refers to a society where the population remains at a constant figure, neither increasing nor decreasing. To achieve this state, the birthrate has to match the death-rate, which means ensuring that most married couples are restricted to having no more than two children. For some inexplicable reason, De Felitta and his co-writer Max Ehrlich thought Z.P.G. would mean having no children at all, and so wrote their screenplay accordingly. Strictly speaking, the film should have been called Zero Population.

The hero and heroine are played by Oliver Reed and Geraldine Chaplin, with Ollie Reed looking as murderous as ever, even during the love scenes. Ollie was constantly irritated by people who concentrated on his drinking rather than his acting. For instance, David Letterman once cut to a commercial when Ollie got violent after being asked about his drinking and, on the Johnny Carson show, actress Shelley Winters poured a glass of whiskey over Ollie’s head when he made some rather derogatory comments. In the UK he was forced to leave a talk show when he arrived drunk and asked feminist author Kate Millett to “Give us a kiss, big tits!” Despite the controversy, I can assure you he was not always as drunk as he appeared to be, but was simply acting the part to liven things up, not unlike another old drinking partner of mine, Dean Martin. Ollie passed away of a heart attack after a night of hard drinking, which included three bottles of rum and arm wrestling victories over five sailors – he was only sixty-one years old! 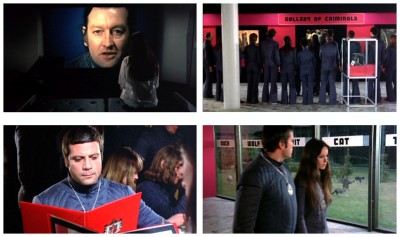 Dissatisfied with the government-provided alternative to real children – horrible-looking dolls that stagger around croaking “Momma” – the couple decide to break the law and have a secret baby. After a quick Do-It-Yourself course in obstetrics, Ollie delivers the baby himself and, for a time, they successfully keep it hidden until a jealous neighbour (Diane Cilento) discovers their secret and betrays them to the authorities. But after cleverly arranging for their death-dome to be placed over a man-hole, Ollie and his family journey by inflatable rubber raft down a huge sewer to freedom, leaving the audience to wonder if there can be anywhere left to escape to in such an overpopulated and polluted world. 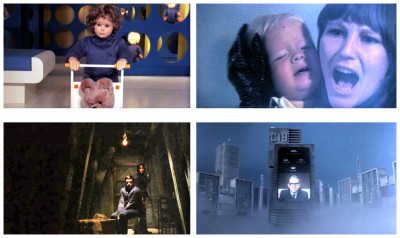 When I asked De Felitta about it, he got all defensive and put the blame on the film’s director, Michael Campus, claiming that he hired an English writer to rewrite their script, turning their serious story into a comedy. But no other writer’s name appears in the credits, and the film takes itself very seriously indeed, which is what makes it so laughable. The film was shot in Denmark with a mainly Danish technical crew supervised by several British technicians, among them special effects maestro Derek Meddings. I was lucky enough to run into Mr. Meddings on the set of Spies Like Us (1985), who said:

“I got involved with that film because the production designer, Tony Masters, knew my work and asked me to join him on it. So I went to Denmark and did all the ‘floor effects’ on Z.P.G. which included creating all the mist and fog that was constantly covering everything in all the exterior shots. We didn’t have much of a budget for the effects and the worse thing was that I also had to start training the Danish technicians. I wasn’t allowed to take any British technicians with me and having always worked with a great crowd of assistants around me, it was a bit of a shock to have to do everything myself, make all the models and everything from scratch, while the Danish boys watched to see how it was done.” 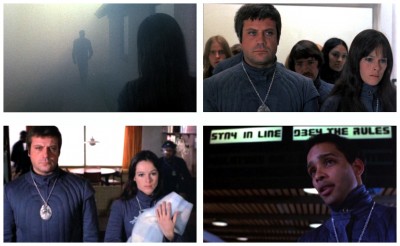 “The biggest problem was those dolls. They were awful. I didn’t make them myself, they were made by a company in England and they were built very quickly without much thought being given on how they would look. I didn’t see them until I arrived in Denmark, and it took a lot of work on my part to make them look convincing. The worst thing, of course, were the eyes and mouths. Having been involved with puppets (Thunderbirds, Captain Scarlet, etc.) I was able to change both the eyes and the mouths until they worked convincingly…at least I hope they worked convincingly.” It’s unfortunate that the style of Z.P.G. is not matched by its content, which quickly degenerates into sentimentality before half-way, and some interesting ideas remain just that. It’s with that sad thought in mind I’ll bid you good night and pleasant dreams, while profusely thanking Films And Filming magazine November 1977 for their invaluable assistance in researching this article. I look forward to your company next week when I have another opportunity to raise the hackles on your goosebumps with more ambient atmosphere so thick you could cut it with a chainsaw, in more pants-filling fright-nights for…Horror News! Toodles!