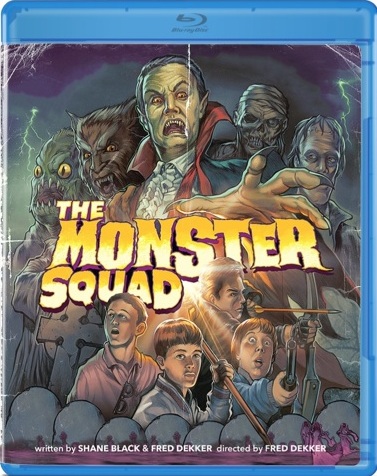 Young kids form a club that is devoted to monsters, but soon get more than they bargained for when Count Dracula adjourns to Earth, accompanied by Frankenstein’s Monster, the Wolfman, the Mummy, and the Gillman. The uglies are in search of a powerful amulet that will grant them power to rule the world. Our heroes – the Monster Squad are the only ones daring to stand in their way.

Some movies just scream the eighties. The Monster Squad is one such movie but don’t let that stop you from checking out this gem. Sure there are parts that are hokey and goofy, after all it is more aimed at kids, but when you have the legendary screenwriter Shane Black co-writing can you really go wrong? 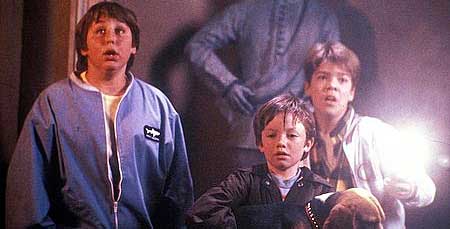 Due to the fact that it is aimed at kids the horror level is pretty tame. No missing limbs, no blood, no gratuitous nudity and with the tone it almost borders on a horror comedy. Dare I use the word cute? Actually the best word is fun and you’ll have plenty of it. Who can deny a movie where all of your classic horror monsters appear?

I mean we’re talking Dracula, Frankenstein, the Wolfman, the Mummy and for extra good measure the Creature from the Black Lagoon. I don’t know about you but sign me up. I would never say it is impossible to make a bad horror movie with a cast such as this but it would be as close to impossible as you could imagine. Did I mention that you also have special effects by none other than Stan Winston? 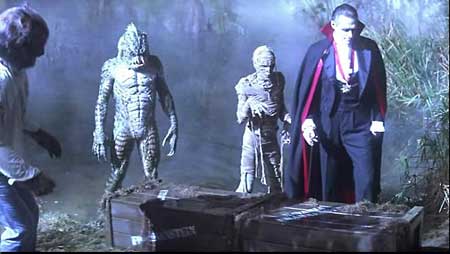 Right off the bat you get a great opening text about the story. “One hundred years before this story begins…It was a time of darkness in Transylvania…a time when Dr. Abraham Van Helsing…and a small band of freedom fighters…conspired to rid the world of vampires and monsters…and to save mankind from the forces of eternal evil…They blew it.” 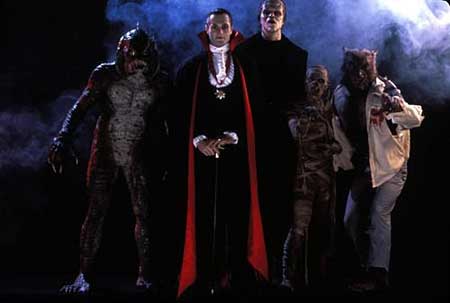 Well, if twelve year old Sean and his friends have any say in the matter they’ll make sure that won’t happen again. To say that Sean and his friends are horror movie fans is a bit of an understatement. Sean even wears a great tee shirt that says “Stephen King Rules.” How can you not like the kid? 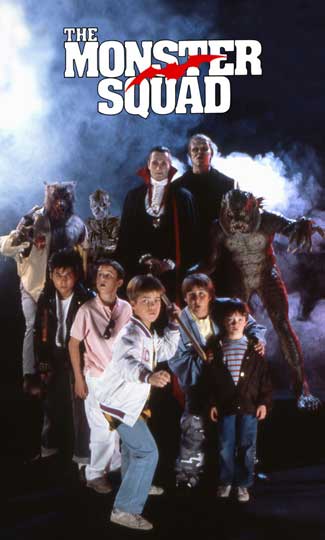 Right now things are normal as the only thing Sean wants to do this weekend is see the latest installment of one of his favorite horror movie franchises. Too bad Dracula has other plans. You know, like taking over the world. And when he enlists the help of his other monster buddies look out. Sean and his friends soon find themselves not only up against horror monsters, but the greatest ones of all time. Is there any hope?

The Monster Squad is a really enjoyable movie, even for us adults. For horror fans, aside from the great cast of monsters, you get lots of references to other horror movies and the genre in general. One cool part has the group initiating a new member by giving him a “monster test.” How do you kill a vampire? A werewolf? Who was Frankenstein, the monster or the doctor? Call it a good primer for all of the young horror fans out there. 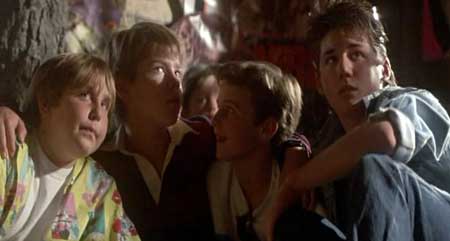 The acting is actually quite good and most all of the kids have that “I’ve seen them in something else” feel. And of course most of them you have. The dialogue keeps the mood light but no real surprise there with Shane Black on board. Fred Dekker, who also co-wrote the screenplay, does a fine job directing. The pacing is really fast with no real wasted scenes.

One nice touch has the adults in the film not being too dumb. Sometimes in kid’s movies they are portrayed as bumbling idiots, and to a certain extent that is the point, but here having them more “normal” adds weight. Sean’s dad is a detective and while Sean is busy trying to save the world, he’s trying to figure out how a two thousand year old mummy can just up and walk away from a museum. 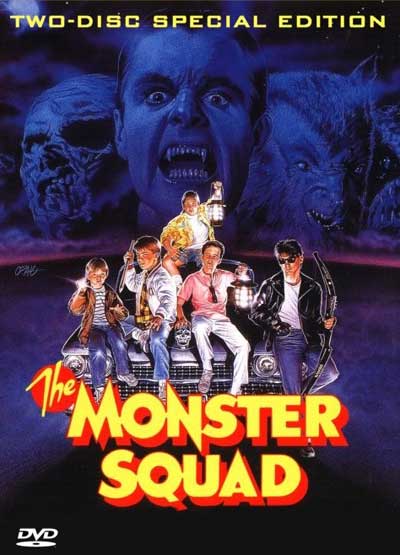 I would recommend seeing “The Monster Squad.” Worth a rental, especially for fans of the classic horror monsters. Some movies are just plain fun and this is one of them. Seeing it just might bring out the kid in you but more than that, take you back to when vampires and mummies and werewolves were very real and lurking in your closet or under your bed.

The Monster Squad is now available on bluray per Olive Films 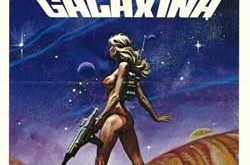