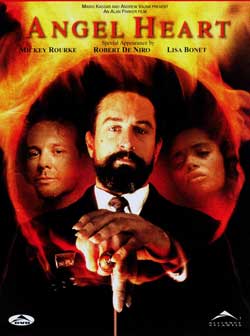 Harry Angel (Mickey Rourke), a down-and-out 1950s Brooklyn gumshoe, is hired by shady Louis Cyphre (Robert De Niro) to locate a pop singer who reneged on a debt. Each time Harry makes contact with someone who might know the singer’s whereabouts, though, he or she is killed in a horrible, ritualistic fashion. Harry’s journey soon leads him to the sweltering, voodoo-filled swamps of Louisiana in search of a Satanic cult. Lisa Bonet co-stars.

Harry Angel (Mickey Rourke) receives a call at his office to meet a potential client. The details on the phone are vague, however Angel decides to prospect anyway. Angel meets the man who called him, a lawyer with a very important client, portrayed by actor Robert De Niro. De Niro is soft spoken and yet strangely enigmatic. He announces his name as “Louis Cyphre”. Not only is Louis sporting long hair and a beard reminiscence of a 1970’s film, but fashions long manicured fingernails filed to sharp points. He exudes an aura of diabolical intent. 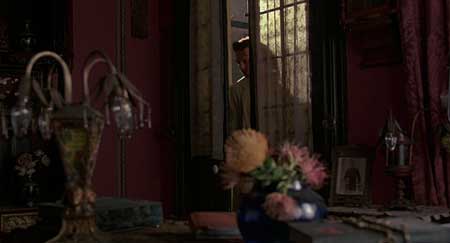 The story goes…..Cyphre hires Harry Angel to investigate the disappearance of a WWII amnesiac patient. This turns out to be Johnny Favorite who owes De Niro’s character a very large debt.

Harry Angel takes the case associating obvious similarities to his own background. Johnny Favorite turns out to be a WWII veteran and head injury patient. The missing case begins with only one real request from Harry’s employer…”find out if the missing veteran is alive or dead”. The search is on, beginning with a local mental hospital, moving on to Atlantic City, and finally Louisiana. 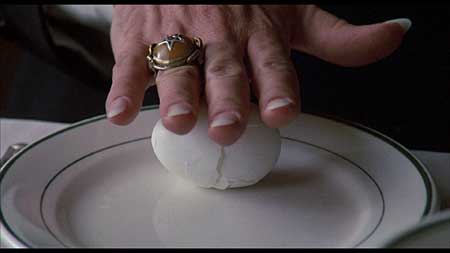 The rich flavor of the bayou bleeds heavily into the style of the movie. With Louisiana already complimenting it, voodoo and the occult become essential elements into how the film plays out.

Shots of spinning fans can be seen used multiple times as being “something” the director wanted viewers to take notice of. They usually are shown right before a violent episode occurs. Voodoo rituals and associated imagery also lace “Angel Heart” giving the movie a real sense of a Haitian African tribe essence. You’ll note the relative naked campfire dancing and sacrificial chicken rituals adding the right mix to the setting. 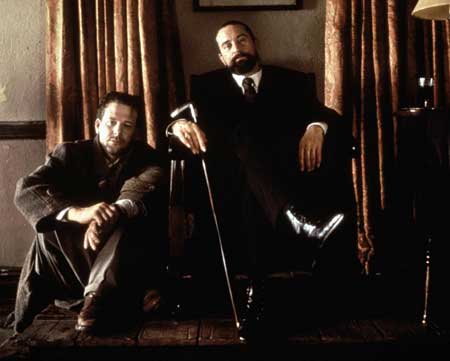 Lisa Bonet, known for her role in the television show, “The Cosby Show”, portrays Epiphany Proudfoot, the daughter of a woman who had been reportedly hanging around the missing amnesiac veteran, Johnny Favorite. Epiphany and Angel eventually fall into a steamy blood-soaked love scene leaving very little to the imagination. This scene would later draw public controversy to the “Angel Heart” production” itself resulting in a cut and uncut version.

Tension rises as all of Angel’s leads begin to meet their demise shortly after meeting him. Due to the undeniable coincidence, Angel becomes suspect number one. This element to the film echoes much of its base influence residing in the nature of noire and mystery thrillers. 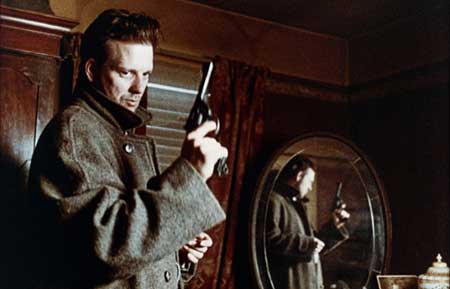 Director Alan Parker cleverly included fragments of Harry Angel’s broken memory along the way, combined with blackouts to suggest the revelation found in the 3rd act.

The pace of the film quickens within the last 20 minutes giving the viewer a sense of tension and suspense. Much of the film’s innuendos are brought to fruition all at once. One in particular is the name anagram of Louis Cyphre being a moniker for the name “Lucifer”. This was the classic ah-ha moment at the time of this release, but has since become a noted trademark for the film itself. Photography is solid providing mood and ambiance appropriate for the nature of Angel’s search. 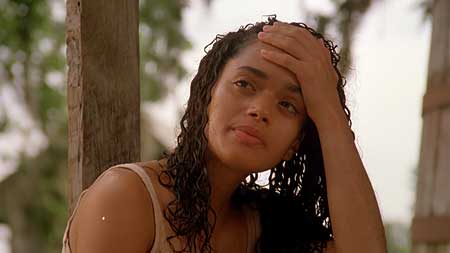 Robert De Niro’s noted screen moments were used sparingly opening the focus of the film to Mickey Rourke’s bang-up performance style. Rourke has since resurged his career, but it was the “Angel Heart ” role that remained a staple for the actor for many years. Bonet became news for awhile laying more opportunities for her as an actress, though the sizzle quickly faded as follow up files were less than memorable

Director Alan Parker provides a rich horror mystery thriller that cleverly injects the intentions of the devil. A tortuous nature of a journey, a revelation and a message. ….you can’t escape fate. One of the finer horror releases to come out of the 80’s pool.

Top 10 Southern Gothics: It’s True What They Say About Dixie