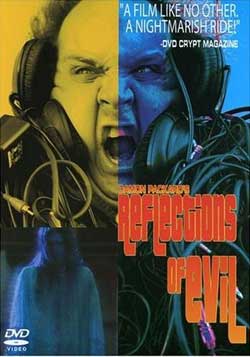 Julie, who died of a PCP overdose as a teen in the early ’70s, searches from beyond the ethers for her little brother, Bob, an obese watch-seller, who is dying of sucrose intolerance, in the early ’90s.

It was 2002, when I received this film in the mail. At the time the creator, actor and director Damon Packard was marketing himself in rather odd fashions. I wasn’t sure what to make of it all, whether it was fiction our reality but he seemed to decide that badgering celebrities and sending a film where it would go is the key to ultimate visibility. Now I will admit that at the time when I received this, I wasn’t really in the review circle. So it took me up until now to finally get to it. Not that I wasn’t interested, just that the pile had gotten so big, there was no turning back. 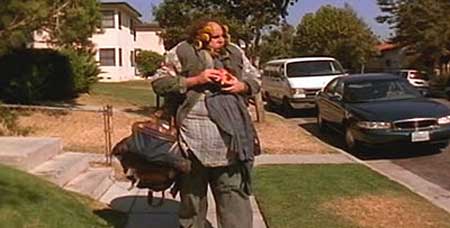 So it was recently that I made the effort to really sit down with this one, seeing now that I was more attuned to weird off-the-wall films and had a special warm spot for cult type films. So as they say, on with the show………..

138 Minutes for any film is usually way too much movie to try and take in. Though I believe that when this was edited, Damon decided that much just couldn’t fit into the cutting room floor. Too bad, as it would made for a tighter experience. Though experience is really what this film is about. 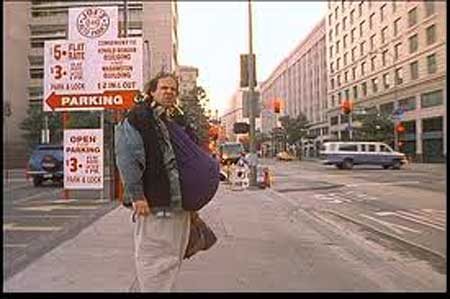 For one, in the version I’m viewing, it actually has taken borrowed clips from old films and re-edited them into the movie. In a strange but humorous way it begins with Tony Curtis introducing the film. Though, what this is “actually”, is an intro borrowed from another movie that Damon voice-overed to include mentions of his own movie (pretty funny stuff though) Now here’s the thing, he lists people in his imdb credits that I believe “aren’t” supposed to be their. So it’s rather bizarre trying to make out who is legit and not. In any case, this film may be the ultimate parody of films ever to be invented. Damon pokes fun with editing while incorporating clips that prodcue a very odd piece.

In research, I learned that Damon had created the film from an inheritance of which he passed along 23,000 copies to anyone who would have them. (And for free) Many of those, were passed on to celebrities (whom he recorded and also used in his promotions). In a sense, the whole production is weird, self delusional and somehow genius in a way that echoes the offbeat approach of Andy Kaufman. It certainly managed to gain some attention whether negative or positive. Packard has embraced the heart of cult films in this release, which I’m guessing was most likely an afterthought. 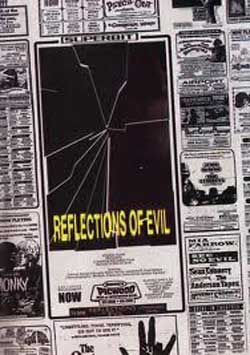 So what is the damn thing about you ask? Well, I hope that the overweight Damon in this film is mostly padding, as it begins with fat Bob (Damon Packard) pretty much street-walking and consuming garbage he finds along the way.

In fact, you might say it’s not that much of a plot initially. Bob, walks the streets of (I’m assuming L.A) while selling cheap watches for $5 to strangers. His biggest problem seems to be presentation in which his drab, messy, sloppy, garb seems to scare away more than he can attract.

Though in the midst of this, Damon shows us clips of street folks arguing, fighting, pushing, swearing…pretty much being themselves, which is pretty ugly. I wasn’t really sure if this was real or acted, but it struck me as just a glimpse of what the streets are really like. In one tense scene Bob is confronted as he freaks out and drools in anger towards the rude man. 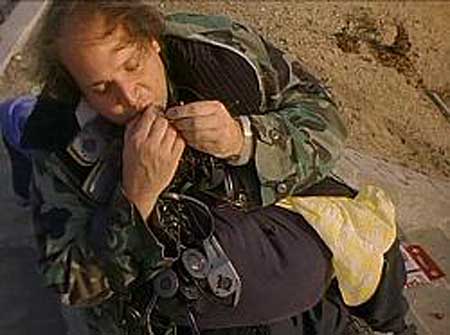 In another segment, Packard takes a stab at painting Steven Spielberg as a brute and nimrod, but its done in a way that echoes a younger version of Steven in an almost a dreamlike state.

This odd display of vagrancy and conflict in the streets escalates as the movie drives on. In fact, at its height it becomes so conflicting that everyone he comes across becomes either rude, threatening or proposing violence of some sort. It’s quite surreal in many cases with Bob fumbling around in his overweight street garb trying to just get thru the day.

At a highpoint he encounters a nightmarish street of neighbors whose every dog seems to want to chew his face of. Meanwhile, a girl in a night gown seques scenes by strolling thru the downtown area. It is soon apparent that Bob’s life is becoming quite nightmarish to the point where faces becomes warped, a demon or 2 reveals themselves and Bobs mother constantly batters him about his weight. I was actually wondering where this was all going but upon final act we get the gist of the whole movie, which I was quite surprised to be honest.

“Reflections of Evil” is not perfect, but it is bizarre and has some pretty decent editing chops behind it. Bob is quite sluggish to look at who we could easily imagine him as that gluttony character from Se7en. Though I have to say after spending …well, 138 minutes that the movie is in fact quite clever and original. 138 minutes is too much for anyone to take unless it’s a Stephen King mini-series, so my recommendation here is to cut it down to a healthy 90 minutes especially with the long night gown scenes. After 9 years of putting this one off, I’m kind of sorry I did. Damon Packard has introduced quite a memorable piece of work. 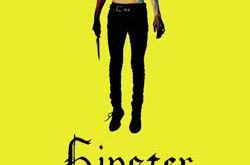 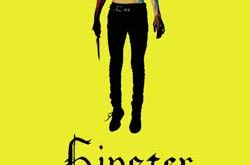