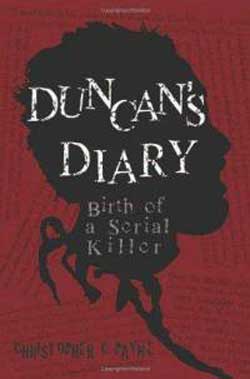 I was forewarned of the atrocities found within Duncan’s Diary. Allow me to be bold enough to state I entirely disagree. Some may attempt to steer you off the slashing, beaten path and suggest Payne’s efforts are a carbon copy of Jeff Lindsay’s lovable anti-hero Dexter Morgan. This is a naïve assessment at best. Comparing the two would be like putting Jaws against Piranha, two completely different kettles of fish, if you will.

Granted there are similarities. But I like to think of Duncan as more of a Dexter Morgan meets Patrick Bateman (of American Psycho fame) meets Ted Bundy. The ingenious part of this story is the origin of conflict. Surely on the surface Duncan goes on a killing spree and is hunted by unsuspecting, semi-competent police detective Sudhir; A typical protagonist versus antagonist configuration right? Wrong.

The truly fascinating element of this novel is the shift from stereotypical sinister antagonist, the abomination of a sociopath we cannot wait to be apprehended to an almost subconscious slide into rooting and cheering on our main character. Payne sets up and executes this psychological shift flawlessly.

Our tale is presented in standard first person perspective as any title that includes “Diary” should. The transition to third person perspective is made fluently. Not a lot of contemporary commercial horror writers can boast to do this effectively.

Instantly we’re invited into the psyche of Duncan and his mid life crisis. Divorced after sixteen years with shared custody of his two daughters, possessing an average, mediocre office job, our main character slips nicely into the profile of Joe average. We relate to him and even find ourselves empathizing with his plight. He needs a release from everyday society. The conflict is heightened with sophistication as his ability to cope is reflective of his ID grappling with his Super ego for dominance. Duncan’s grisly behavior as dark and deviant is often eclipsed with his caring and nurturing side towards his family. His remorse and conscience over his first couple of victims is what raises the fear factor in this book.

Sociopathic killing machines are a dime a dozen in reality and in fiction. How many times have we all fantasized about inflicting violence in a fit of rage? How many times were we grateful it hadn’t gotten too far? The suspended belief causes this brooding concept to embed itself into the inner recesses of our minds.

I particularly enjoyed Payne’s contemporary cultural references. Citing pop items such as Craig’s list, YouTube, Katie Perry, The Amazing Race, Match.com all contribute to illustrating an effective setting to the audience. My only criticism to Christopher Payne is to be cautious of overdoing these references as it may slow down and confuse the occasional reader.

Duncan’s Diary without doubt is a very refreshing read. It’s a page turner. One can clearly see Christopher C Payne has a bright future in horror and that future is darkness. With ability to go toe to toe with the Kings, the Koontzs, the Barkers and the Hamiltons if you’re a true chiller aficionado or even brand new to the genre you’ll be delighted by the spell binding climax that is shades of Mr. Alfred Hitchcock himself. 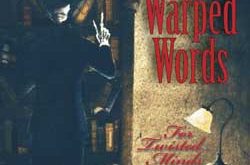