1. How did you get involved in the film Albino Farm?

My Son was actually doing some Halloween costume modeling on a morning show in Tampa and the traveling host that was with the costumes was Shawn McEwen who is the writer and director of Albino Farm and while all these kids were running around going nuts Shawn and I just started talking being the only adults in the room about our love for horror movies he kinda mentioned the script and I mentioned that I acted and he kinda knew who I was and it just started from there. He gave me the script and there was a part in there of a teenager who had all of these cool lines that I felt I could really do something with and that’s when I kinda suggested that maybe he could make this character older and that’s how he created Levi. He decided we could work with that and change one of the parts in the script because I felt like I could have some fun with it. I’m glad that he did it.

2. What was the most challenging thing on the shoot in Albino Farm?

Ah, It was a very weird character I really kind of just dropped into it so the most challenging thing was basically just to stay into character as much as possible because it was such a weird character and I just didn’t really congregate to much with the cast, like embrace the film. I just hung out in the woods and I decided that Levi would smoke so I just kinda kept a cigarette in my hand at all times. I wanted to be able to stay in character and I wanted to be a a little aloof because I wanted people that I was working with to kinda not really know me to well because Levi is such a strange character and I wanted that to translate onto the screen and I think it kinda did.

3. What’s your favorite horror movie and why?

I love the original Damn of the Dead just because of the whole concept of it. I love the original Halloween, The Omen. I think the Omen was probably the scariest to me since it felt like it could really happen you know? The Antichrist and all that sorta stuff, that will always creep me out. Even when I watched it again a few years ago and it’s still very scary. Anything that has a religious confrontations just freaks me out- like exorcisms, like The Exorcist and movies like that. The slashers ones are ok, but the religious ones are a little bit easier to comprehend. Possessions and stuff like that really creeps me out.

4. With most films that WWE wrestlers appear in- for instance The Rock, Triple H, or Stone Cold they all seem to pull off one of their signature moves in the film at some point. Will Chris Jericho use the “Walls of Jericho” or any other moves in any upcoming films?

No I am not a wrestler who acts I am an actor who wrestles. I’ve always felt that way, When I first started wrestling in 1990 I was smaller then what was going on you know like 6’8 tall guys like that and I was a shorter guy you know at 5’11 so I always had to figure out how to make my mark and it was always I’m not the biggest person but I’ll always play the biggest character and have the biggest charisma or the biggest personality. I play a character every week and that’s how I treat the Chris Jericho character. So any character that I play that’s not a wrestler or not Chris Jericho like with Levi, when you first see me on screen you might not even know that it was me. That’s been the same for most of the characters I’ve done whether it was with Aaron Stone, whether it was in Z Rock or in Mac Gruber that’s coming up this month it’s always something a little bit different that what you expect from the normal Chris Jericho that I play and I like that because I am gonna stick acting under like being a stunt character. Like as Chris Jericho and he’s doing a body slam because he’s a a wrestler ha, ha, ha! It would be like Anthony Hopkins being in Legends of Fall and eating someones liver with a fine Chianti, That’s one character you play and when you go to another character it’s a whole new world you know?

Absolutely. I mean it’s something I took two years away from wrestling a couple of years ago to study acting and the Stafford method and it really helps when I come back to wrestling to create the character I’ve been playing and I enjoy playing characters and I enjoy acting. Like I said I have been doing it for 19 years in one aspect or another and it’s something I would like to continue doing beyond when my wrestling years are over.

6. What actors out there would you like to work with?

Brad Pitt, Steve Buscemi cause he’s the type of guy I’d like to emulate. He just plays these eally weird strange characters. I’m a big fan of Tom Hanks he’s a great actor. I love comedy too. I love Larry Davis he’d be fun to do some stuff with and movies that have the improv element would be alot of fun. I worked with The Growl industry here in LA and performed with them for a year so I have alot of improv
background as well as anything that’s challenging and fun to do.

7. What got you into wrestling?

I was just a big wrestling fan as a kid. I would sit and watch it with my grandmom in her basement. I was eight years old and kind of put my mind to that’s what I wanted to do when I was a kid and geared my whole life to doing that.

8. How did you come up with the Y2J gimmick?

I came into WWE right in 1999 when the Y2K was supposed to take place and I just thought it was kind of an interesting play of words with me Jericho and the Y2K millennium man. I was going to change everything into WWE so it kinda started with that.

9. What pointers do you have for kids out there that want to be wrestlers?

10. My son Danny is sixteen now and is a huge WWE fan. He was bullied for years and that takes alot out of a kid. What advice do you give against bullying?

You just gotta fire back you know. Most boys are cowards and if you just lash out and punch the boy in the face it would end it pretty quickly because then the bully would move on to someone else who is weaker. I used to be bullied when I was a kid and as soon as I started fighting back and lashing out the boy moved on to somebody else. As hard as it might be, you know you might have to take a beating or two but afterwards the bully will move on to someone else who is less threatening.

11. You have a band called Fozzy. What exactly does that stand for?

It doesn’t really stand for anything. When we first started out we were just playing cover songs, doing 80’s metal cover songs and we were calling ourselves Fozzy Osbourne and then we started doing original so we dropped the Osbourne and stuck with Fozzy and kept going with that.

12. You’ve been on tour with the band. What band were you with that made you think “Wow I am on tour with…”?

We toured with Motorhead which was pretty cool getting the chance to do some stuff with them. We did some stuff with Black Sabbath which was amazing. Anytime you get with a band that’s been around that long and at that level it’s quite exciting and quite fun.

13. Who are some of your favorite bands that are out there old or new?

I love the Beatles, it’s my favorite band. I’m a big Metallica fan, I love Iron Maiden, I love Dream Theater, Avenge Sevenfold, The Police, Rush. I have kind of a varied taste in music. Still to this day the Beatles are the band for me.

14. Are you going to keep making music?

Absolutely! Our new record comes out on January 26th and out first single is already up on youtube.com right now it’s called Martyr No More. 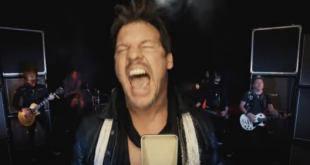 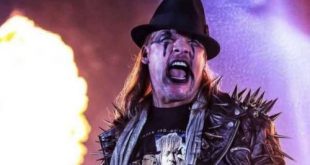 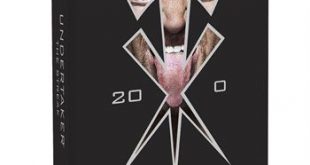