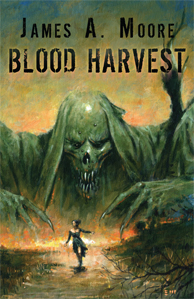 Five years ago, Jason Soulis experimented on the town of Black Stone Bay, creating an army of vampires for the sole purpose of seeing which ones would survive and if the creatures could evolve. Five years later, his experiments are bearing dark, bloody fruit. A new breed of monster has come from the ashes of the old, a deadlier predator with a far greater ability to kill and destroy whatever it touches. Black Stone Bay was wounded before, but the infection left behind has festered and the darkness is spreading faster than anyone has noticed, because this time the evil is better at hiding.

Maggie Preston was one of Soulis’s victims, a college-aged girl who has become something far darker. She’s fed her urges and kept her secrets with the aid of her lover and protector, but that relationship is fraying, and the hungers she’s suppressed are growing stronger and the family she has protected in the past has fallen victim to the new evil that Soulis unwittingly unleashed.

Five years have passed, and the town of BlackStone Bay has recovered from the horrors of the past, just in time to get caught in the crossfire of the undead and a new, virulent darkness.

Sometimes the devil you know is your only hope of salvation.

As everyone well knows my favorite time of year is upon us. The days are cool and crisp, the nights longer with a hint of the coming winter in the air. Halloween is almost upon us, which means that Earthling Publication’s annual Halloween book is out.

This year Paul Miller of Earthling Publications presents “Blood Harvest” by James A. Moore, the sequel to his absolutely fantastic novel “Blood Red”.

“Blood Harvest” takes place five years after the events of “Blood Red” and if you thought things were bad for Black Stone Bay in “Blood Red” you haven’t seen anything yet.

James Moore is one of the best writers on the planet in my opinion and he outdoes himself with “Blood Harvest”.

Vampires have become the “fad du jour” lately and not in a good way. Mr. Moore puts vampires back into the realm of the evil, blood drinking creatures that they are and where they belong.

What really draws me into Mr. Moore’s stories is his impeccable characters. No one writes more believable characters than Mr. Moore. The humanity he weaves into his characterizations is what enables the horrors that follow to be that much more frightening.

“Blood Harvest” is a vampire tour de force led by the best vampire to come along since Dracula himself…Jason Soulis. Jason is a vampire of unrepentant evil and it seems almost unlimited power. His new creations feeding on Black Stone Bay are also vampires that are decadently evil and powerful, just as they should be…no sparkly vampires here folks.

Maggie is also an awesome vampire that is just coming into her own. We can only hope that Mr. Moore can further explore Maggie’s transformation into an undead creature of the night.

“Blood Harvest” kept me up until 1:30 in the morning. Once I started I just couldn’t put it down, not finishing it was not an option and it was well worth losing a nights sleep. (Though I did play hooky from work the next day.)

I will definitely be revisiting Black Stone Bay in the not so distant future to once again renew my acquaintance with Mr. Moore’s remarkable vampires, I suggest you do to and I give “Blood Harvest” my highest recommendation. 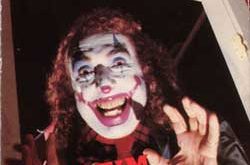 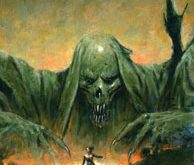