Win a DVD copy of WRONG TURN 4: BLOODY BEGINNINGS, out on October 25

Before their victims ever hit a “Dead End,” one family took terror to a gruesome new level. In 1974, Glenville Sanatorium was the site of a brutal and horrific crime, as three hideously deformed cannibals went on a merciless killing spree.

Now, years later, a group of college kids having the time of their life make a fateful wrong turn, giving this family of blood-thirsty cannibals new prey to stalk. The abandoned medical wards within the sanatorium soon become killing fields as the panicked victims come face to face with a chilling choice: fight back or die.

With bonus footage too graphic for theaters, including behind-the-scenes featurettes and commentary from director Declan O’Brien (Wrong Turn 3, Sharktopus), WRONG TURN 4: Bloody Beginnings takes audiences back to the most terrifying place of all… the beginning.

For your chance to win one of three available copies of Wrong Turn 4: Bloody Beginnings on DVD, simply answer the following question and email to joyhorror@horrornews.net 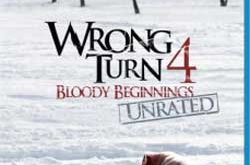 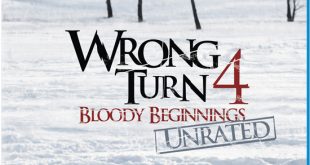 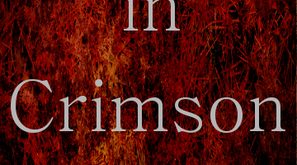