Welcome to another session of running a horror website. This week I’m going to discuss the art of commenting. Or maybe “lack of” for that matter. 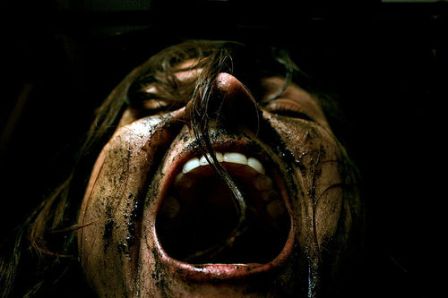 Now for those who already run a blog, know there are 3 types of comments. 1 – the valid credible comment. This kind is the honest opinion, the concerned reader, the person who has something worthwhile to say. We all hope for those kinds.

2- There are the spammers. No not the kind they teach about in SEO class, the “robot sent ones” that litter 1000’s of websites with “buy vi*gra” or visit Lolita” comments. They are easily recognizable as they have 1-15 links in there bodies. They are also recognized by cool plugins that send them directly to trash!

3- There is the random, Terets syndrome comment. They use ALL CAPS, say something almost nonsensical and use vulgarity through out. Now commenters should know that swear words don’t pass the black-lister function. Meaning when they come on and say things like this film is sh*t, I hate this f*ckin film…well they are wasting their time as it gets sent to the spam folder. (as they should be)

Though they still come and they still get booted. Now what gives? I’ve always wondered what kind of energy this takes. The person gets up in he morning, opens up Internet Explorer, navigates to our site (or your site) and then types some random collection of nasty words in a comment area. My first thought is, what does the is person do for a living? Anything at all? Drugs maybe? Angry at wife? Hates horror or genre of relativity? The curiosity exceeds the act.

So here is the thing. Comments leave a trace, an email, an ip address and some times much more. So that random hit and run is now tracked to some dill hole in Boston and more specifically the street where they live. Maybe that’s not the best use of one’s time? Maybe your privacy is not as private as you thought?

Running a horror site, we get alot of these, though they often don’t relate anything to the article they input. We get a few who will bash the directors or start rumors etc. We generally try and leave those up so they can be publicly addressed. Addressed in the civil manner, they require. This is how social media works. You want to comment? Fine….. but expect to be thrown under the bus if need be.

We found out early on that alot of intelligent folks love horror…but also alot of mentally challenged ones do as well. Hey, we’ve had a few write for us from time to time. That is until their peac**k colors shine thru. Then it’s back to the trench from whench thy came, as we say goodbye.

Horror, even though violent, scary, abusive and dark is still something of a creation from the thinking man (or woman). Horror encapsulates fantasy and raises emotions. It provides a release for those humdrum times and family crisis moments. It questions our reality and the things around us. Respect the horror, or it won’t respect you, very simply said.

So next time you want to comment…. do so but don’t waste folks time either. It takes but 1 second to look AT ALL THOSE SWEARING CAPS to make a decision to send it to our spam folder. Then guess what? The content management system takes over and does it for us now that it recognizes a “new spammer”.

This was another insight round for you all, stay tuned as we tell you things about horror websites that no one else will…..cheers! 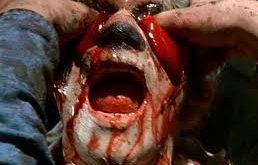 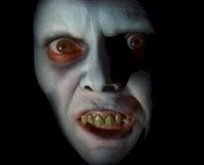