MEDIUM RAW has been hanging around for a while awaiting someone to pick it up and get it out to the fans. Along comes Anchor Bay and guess what? Come August 16th it will be hitting stores.
Below find the cover art as well as a quick synopsis of what this one brings to the table. 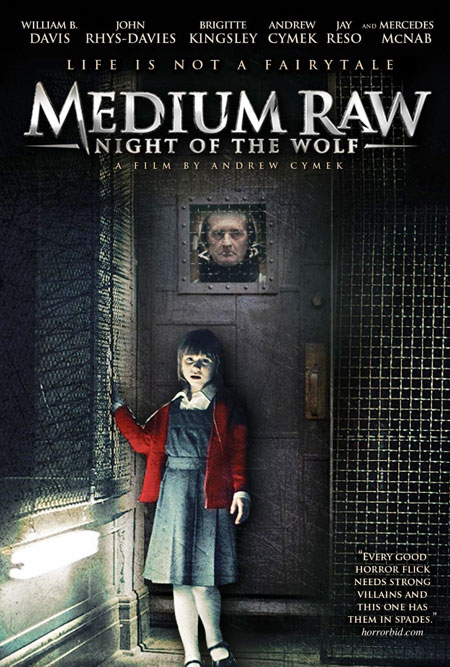 Even though Johnny is now an officer of the law, he’s still plagued by nightmares of his sister’s death and the serial killer that’s still out there. When a new murder scene features the same cryptic question, Johnny and his partner (Davies) track down leads until he finally captures Harold Grierson aka “The Wolf.”

But when a power outage at Parker’s Asylum for the Criminally Insane, where Harold is interred, and Johnny’s girlfriend Jamie (Brigitte Kingsley) works as a psychiatrist, unleashes all the inmates, Johnny, Jamie along with a handful of civilians become players in a night of survival against the world’s most terrifying inmates…the Night of the Wolf.