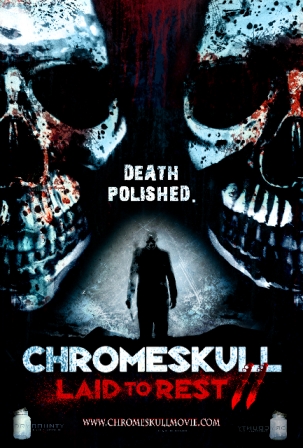 It appears that our infamous ChromeSkull from the L2R franchise will be going on his second killing spree on September 20, 2011. Laid to Rest 2 takes place 3 months after the first one. Tommy (Thomas Dekker) is having trouble trying to overcome his recent encounter with ChromeSkull. He turns up missing at the hands of a mysterious man know as Preston (Brian Austin Green). Preston is a key character in the sequel because he has some sort of connection with ChromeSkull. Meanwhile, a detective named King (Owain Yeoman) becomes involved when a girl named Jess (Mimi Michaels) turns up missing at the hands of ChromeSkull. He must now race against time to find them both and put an end to ChromeSkulls killing spree.