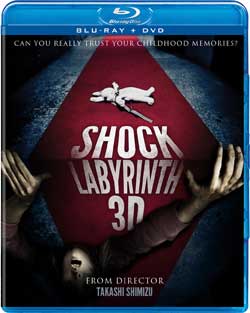 I am a big fan of The Grudge, both the Japanese original version and the American remake, so when I saw that this was directed by Takashi Shimizu it would be more than fair to say that I had high expectations. For the most part the film did not disappoint, but it should definitely be noted that The Shock Labyrinth isn’t quite aimed at the same audience that The Grudge was. Which in short means it is not quite as vicious or scary. But that being said, there is still plenty of scary atmosphere and creepy visuals to keep the viewer entertained. 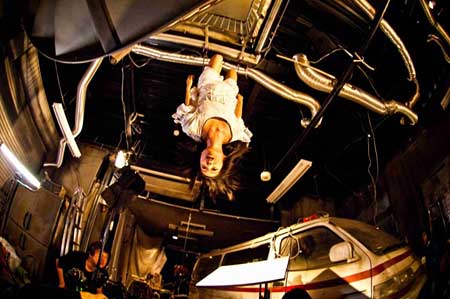 The Shock Labyrinth centers around the story of 5 youngsters and a singular event that happens to them when they wander into a closed down haunted house at an amusement park. Oh, you know the story, one of them meets a tragic end, in this case Yuki, and years later she mysteriously reappears and, well, doesn’t make life to pleasant for the rest. But even though this story has been done over and over, I’ve never seen it put together quite this way. Shimizu uses flashbacks, flashforwards, visions, dreams, present day scenarios and just about any other type of storytelling time travel you can think of. Sound confusing? At first it is but you quickly settle in and it’s not quite as bad as it sounds.

Yuki has suddenly reappeared and her three childhood friends, along with her younger sister, aren’t quite sure what to make of it. Could it really be her? Isn’t she dead? Did she really die? Her mom is absolutely no help in the matter, still traumatically scarred from the incident to the point where she keeps Yuki’s room just as it was and keeps a stuffed rabbit in there that she pretends is Yuki. 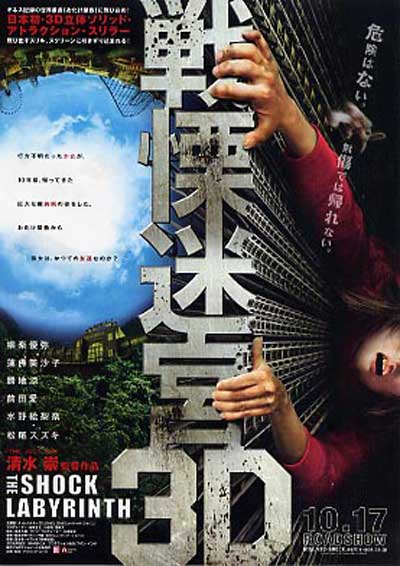 Yuki herself isn’t saying anything and when she suddenly collapses, her friends and sister get her into the car and drive to the nearest hospital. Never mind that it oddly bears an uncanny resemblance to the haunted house they visited oh so many years ago, their friend needs help. But it doesn’t take too long for them to figure out that they will be the ones fighting for their lives.

Overall I would say that I enjoyed this movie. No it never is really scary, save for a jump here and there. Not much blood to speak of, though for a ghost story that is pretty much the norm. The story can get a little convoluted and after watching it, I’m pretty sure I know what it was all about, but probably couldn’t swear to it under oath. Doesn’t sound like your normal horror movie experience, does it?

In a way that is part of its charm. Some of the effects are cheesy, others very well done. This was shot for 3-d but even on a normal television it seemed more gimmicky than usual. From what I’ve read on the web this was filmed at an actual haunted house called “The Haunted Hospital” in Japan, which is supposedly the largest of its kind in the world. Now that is cool. 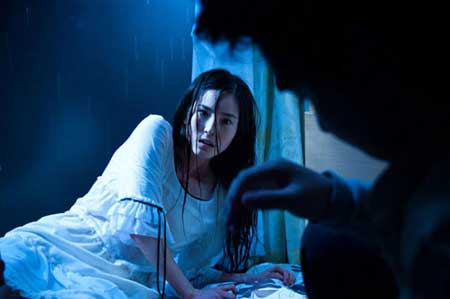 The sound effects are great, and in one kill are very memorable to the point where I was grimacing each time a particular sound was played. Shimizu does a good job directing, especially as he leaps forwards and backwards in time. The way the lighting is used for these transitions definitely help orientate the viewer. 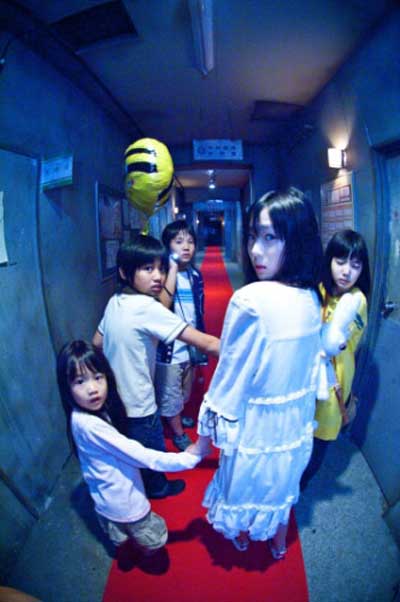 I would have to say catch this one if you can, especially if you are a fan of Japanese horror or Takashi Shimizu. More a rental than a purchase, though. Just don’t expect the same kind of film as his previous ones. I saw that one reviewer had likened it almost to a kid’s horror movie. I really wouldn’t go that far, but you won’t feel the need to turn on any lights, either. Besides, you’ll be too busy trying to concentrate on the plot to be really scared. And while that statement would spell doom for most horror movies, in this one it actually works. 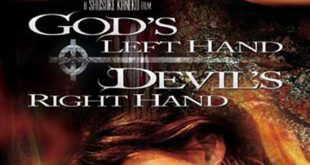