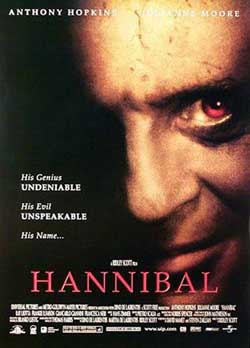 Anthony Hopkins returns as one of the great villains in screen history, Hannibal “The Cannibal” Lecter, in this riveting sequel to The Silence of the Lambs. Lecter’s only surviving victim, the hideously scarred Mason Verger (Gary Oldman), tries to draw the serial gourmet out of hiding using the one person he cares about: Clarice Starling (Julianne Moore). Can the devious genius be trapped?

Good evening, once again. This sequel (which is actually the third installment of the novel series) takes place ten years after the initial meeting of Clarice Starling and Hannibal “the cannibal” Lecter. There is ten times the action, ten times the violence and ten times the sheer brutality of the original. Everyone’s favorite cannibal Doctor is back in Hannibal. 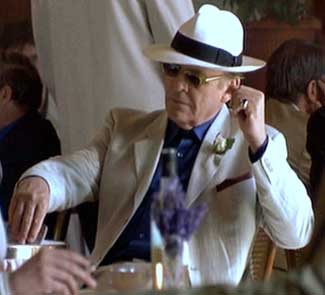 Of course, the one burning question on everyone’s mind is Where is Jodi Foster? Why has she been replaced after winning an Oscar® in the original? Miss Foster did not want to feature herself in this sequel due to the fact that she was directing another movie and was too deep into it to back out. Anthony Hopkins as with the rest of the crew was upset, but they had to move on. Julianne Moore took the roll as Clarice in this one. She knew she had big shoes to fill and follow in the steps of Jodi Foster. As with many, I was upset when I heard that Jodi would not return. Not seeing her face and hearing her southern accent as the FBI Agent, Clarice Starling was hard. Yet, after viewing it, Julianne did quite well as a replacement. 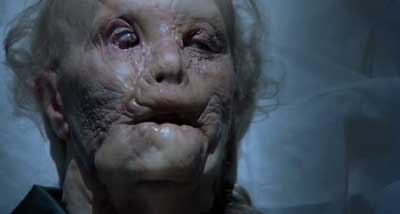 Although this film is an entirely different feature all it’s own from the original, the reviews were just as praising as the original. Many things have changed since Agent Starling was a trainee and interviewing Hannibal for the first time. She is now a very respected agent that has been on the force for ten years. Her personality has changed as well. In the original blockbuster hit, she was kind of timid, yet courageous. In the sequel, she means business. Her character has returned with ten times the firepower and ten times the attitude. From the very beginning of her introduction, she comes out in full force and blasting drug dealers in the process.

The plot involves more twists and turns around every bloody corner. Most of the Psychological Thriller is taken away and replaced with sheer suspense, terror and gore. Not to mention the wild cinematography that is spiced throughout. One scene that comes to mind is a shot in a dizzying effect that goes down a tree draped street. The murders are also more viscous than before and ten times more disturbing to watch to the unjaded eye. As you may have already guessed from the cast involved, the acting is once again stellar in every aspect. As mentioned before, Julianne Moore did a surprisingly wonderful job taking the roll of Clarice Starling. Of course, Anthony Hopkins gives it his absolute best(as with the original and just about every other roll he takes). To add to the all-star cast, there is Ray Liotta (Unlawful Entry) and Frankie Faison (Stephen King’s Maximum Overdrive and The Langoliers). Ray Liotta plays the subtly sinister roll that everyone loves to see him portray. The realism is present again as in the original as well. The film makers did their homework with every detail. They had actual FBI agents for reference throughout the entire film. 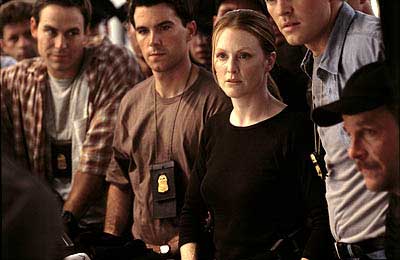 One thing I cannot go without mentioning are the Special Effects and yes, the Gore Score is high. I give it about a ten. Greg Cannon (Stephen King’s Thinner, among many others) provided the astonishing eye teasing effects for this installment of the Hannibal Lecter legacy. Some are so well done, one would believe a mechanical puppet is human… or animal. Both are displayed to perfection here. Greg always does an outstanding job and this is far from an exception. As a Special Effects Artist myself, I truly admire his work and he is one to study if you’re in the field. From babies to wild bores to exposed brains, to mangled faces… the effects are flawless. They are also very realistic and disturbing, which I think is the best part. Not only are Greg’s talents shown here, but this is also a film that blends computer effects with practical effects and you cannot tell the difference. In a nutshell, the special effects are f*cking brilliantly amazing and it shows throughout the entire within every death scene and make-up. 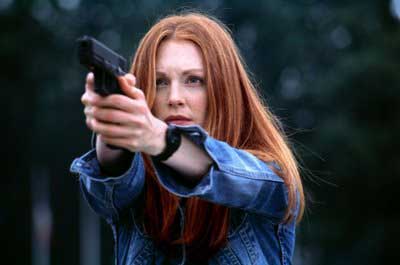 The DVD is loaded with special features. So many that they would not all fit on one disc. There is a commentary that you can listen to chapter by chapter if you wish. I, myself have never seen this done before, prior to or to this day. There is an alternate ending, also with optional commentary. Over thirty five minutes of deleted and alternate footage is present. Breaking the Silence, five making-of featurettes including rare footage and interviews which run over an hour grace the second disc. There is a multi-angle featurette on the art of storyboarding. Another special feature is Anatomy of a shoot-out, which is a five angle of the action sequence in the beginning. Another multi-angle feature of the film’s opening scene is included, along with trailers, Television spots, rare production stills, unused poster concepts and much more. 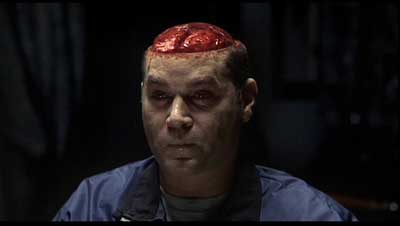 If you liked The Silence of the Lambs, you’ll love this in your face sequel that pushes the boundaries of the original over the edge. The ending is one of the most disturbing segments of the film that is executed so subtly but sickening at the same time. This is yet another part of this franchise not to be missed. It holds up strong and with brutal force to the original, which most films fail to do. With this being said, I give this film, Hannibal, FOUR (CARNAGE CRAVING, CRINGE INDUCING) HORNS UP. 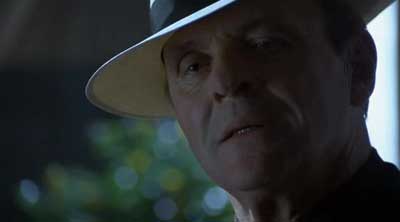 For a complete list of movies I’ve reviewed and upcoming book releases, check out my page at www.myspace.com/headlinesnovel. Look for the Horror Anthology, Moral Horror (featuring Edgar Allan Poe and Jack London), coming to a bookstore near you on October 1st. Available now for pre-order at Amazon, Betterworldbooks Barnes&Noble, Books-a-Million, Borders, Powells and Virgin Media