Graphic Sexual Horror takes a peek behind the terrifying facade of Insex.com, the most notorious of bondage web sites, exploring the dark mind of its artistic creator and asking hard questions about personal responsibility. Original Insex footage, behind-the-scenes interactions, and interviews with PD, models, members, and staff reveal deep fascinations with bondage and sadomasochism that run parallel, and in fact become irreversibly entwined with the lure of money.

A title like “Graphic Sexual Horror” is bound to gain your attention whether your into it or not. Though with the demented comes relief in a film that will be sure to drum up mixed feelings. For starters, this is a true documentary …a well made one and an extremely interesting one but a documentary none-the-less. The focal point is a retired site named Insex.com. One of the most controversial and notorious (for that matter) websites in existence (It has since been sold to a Dutch company and is most likely under a different direction of sorts) However, while this site was in full throttle, it was reported to have over 35,000 members paying $60 per month to have access to its wide variety of debauchery, horror p*rn and bondage torture materials. Now if you do the math on that it comes in at over 2 million dollars per month! Quite a pull for an experimental site that didn’t think it would amount to much. 1997 marked the era when former professor Brent PD Scott unleashed his vision of madness unto the world.

As the $ grew so did the quality of models, their paychecks and the acts of perversity. An on hand metal expert would tirelessly create elaborate gadgets from scratch to provide props for the staged acts. Each actress was required to sign documentation, and video interview that they were full aware of all the content to be carried out. A safe word was given to stop the shoot (if need be) and a certain amount of bruising was expected.

The film succeeds in shock but also welcomes a perspective that has the various performances accompanied by behind the scene interviews and preparation shots taking some of the mental steam out of the visuals. In fact, as they carefully prepare and test, its apparent that the models are acting “torment” for the camera but more relaxed in between takes. Quite a contrast. It’s sort of like finding out that Wrestling is mostly fake when your eyes tell you something else. A clear moment of darkness seems to be just enough to pull all the underground seekers out of hiding though to engage and marvel for their weekly fix.

The movie contains plenty of full nudity, torture situations, screaming, weird contractions, gadgets and bondage extremes but it’s all consenting with the participants being paid extremely well ($300 a hour). A bonus to the production is that they were able to gather up most of the models used in the sets to comment on tape and interview about the experience long afterwards. I wasn’t familiar with the site when it was in full force but it’s apparent that the man they call PD, the creator and founder was a guilty pleasure genius. A retired teacher, PD created this environment first as an experiment before it blossomed into a full fledge psycho watch.

Even a simple factor as the “number of subscribers” further instills the huge interest in the perverse and bizarre. It’s pretty clear to me that alot of what you see in the film will be a first for your eyes. It does it though in a way that is supported by the reactional factor and then broken apart like a magician revealing his secrets. One of the best documentaries on the subject I’ve seen. Everyone….. whether they approve or not deserves to get a new perspective on the inner workings of extreme film making for the internet. Ballsy, provocative and stone cold hardcore. “Graphic Sexual Horror” will pull you into a world you never knew existed! 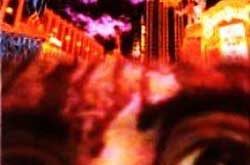