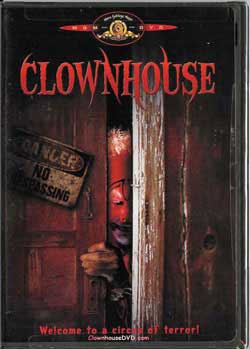 Clown-phobics beware: This thriller starring Nathan Forest Winters, Brian McHugh and Sam Rockwell gives these made-up circus acts a bad name. When Geoffrey and Randy take little brother Casey to the circus and make fun of his fear of clowns, they never suspect that a nightmare awaits them later in the evening, when three psychos dress up as clowns and terrorize the siblings.

Three clowns plus three escaped mental patients plus three young boys equals one killer attraction! Three escaped mental patients, from a nearby asylum, stumble across a circus, kill three clowns, take their costumes and start a spree of psychotic killing! They find a house occupied by three young brothers, whose parents are away, and begin terrorizing them! 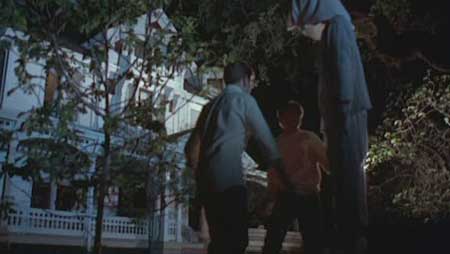 This is a relatively hidden gem and a very creepy movie on many, many levels. It has clowns, escaped mental patients, night time stalking and chasing, creepy music, suspense and young people alone in a house! What is unique about this film is that it’s devoid of topless girls or raunchy sex scenes. Don’t get me wrong, my friends know I enjoy hot scenes in movies, but it’s refreshing to not be distracted by bouncing pumpkins and gyrating female body parts (err back on topic!) and just get into the scary story itself. This truly is required material for horror fans and the sick fruitcakes of the world! 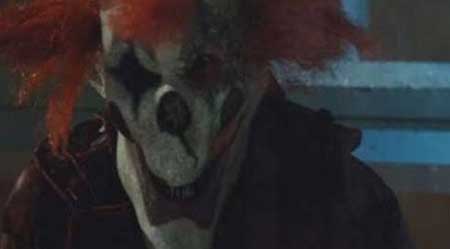 The story is simple and easy to follow, so this is a “no think” film. Just before Halloween, three boys are home alone when three mental patients, who escape from the hospital, travel to a circus and kill a few circus clowns to steal their costumes and makeup, come across the boys’ home and proceed to terrorize them. The boys are not stupid and they fight back using weapons and traps. As you can tell, it’s a very simple idea, but this movie uses the simple idea and runs with it by playing up the atmosphere. Let’s face it, when you do not have to worry about the story or much about the acting, most of the production time can be devoted to making a movie as scary and atmospheric as possible.

The atmosphere is truly terrifying and really kept me glued to the screen. There are few special effects but with silent clowns stalking people at night, you don’t need anything else! There is not much gore and blood. Some viewers complained that this movie does not have much gore but why is it necessary? When people are killed for real, there is not always a ton of blood, so it’s rather unrealistic to expect that from this movie. Gore fans will definitely not like this movie. 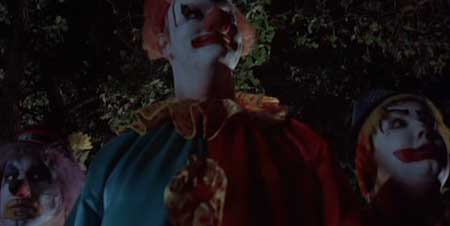 The audio is great! A truly eerie set of songs and background sound FX does great things for a horror movie, as is evident by this film. The camera work is excellent with a lot of dark and shadowy scenes that add to the suspense and mystery. Many of the scenes are extra creepy due to the camera work and how the scenes were shot. A very creepy scene is in the kitchen when one of the clowns walks past the entrance a few times while one of the boys is hiding. It is one of those nail biting scenes that sends chills up and down your spine because you keep expecting the clown to run into the room at any moment. This type of thing is often done with movies, such as Halloween and Friday the 13th, but I think it is even better done with this movie.

I have seen a few viewers say that this movie depends on character development but I think that it depends more on atmosphere. I’m not saying that the little acting that is actually done is bad but there is little of it and very little character development, except maybe for the boys, who do act pretty well, I think; this was the first role of Sam Rockwell. There is not much time for character development. The clowns do not talk at all, so their performances are purely in their appearance, movements, and facial expressions. The silence adds even more to the terror — the old adage that silence is deafening is very true and this movie really plays up this fact. This is also a useful technique of having some of the characters not speaking, either due to the writers wishes or possibly when the actors are not that good with dialogue. Low-budget filmmakers can learn from this movie because they often overdo the awful dialogue, which is, often times, very unnecessary, especially when the writers are inexperienced and a large budget for good actors is not available.

This has all of the makings of a horror masterpiece. It’s not perfect but I think it comes close. I didn’t even know it was on for how long it was, that’s how caught up I was with the story. I like how the movie draws you in and makes you feel like you are a part of it and running from killer clowns in the dark! 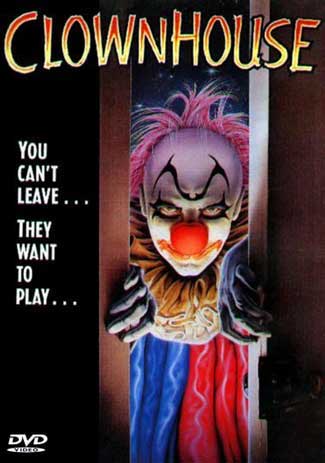 But the one thing that jaded it for me is the fact that the director, Victor Salva, was molesting the lead boy, Nathan Forrest Winters, during the making of this film and videotaping it for his pleasure. He served his time after that but, just knowing it happened during this movie, made me feel bad about it. If I hadn’t known about this, I think that I would have enjoyed this movie even more. I tried to not think about it while watching but it’s not something that can be forgotten. He’s done Jeepers Creepers and Powder too, both of which, like in Clownhouse, has a mostly male cast and many scenes with them in their underwear. It just seems to show aspects of his sick fetish. I wish he wasn’t a sexual deviate because it’s obvious that he has true talent. Sure, some say he’s served his time and we should forget his past. I just can’t shake the disgust with him whenever I see his name.

I say just try not to judge the director’s history as best you can and concentrate on the movie itself. 4/5

Quote:
Casey: [about clowns] You never know what they really are 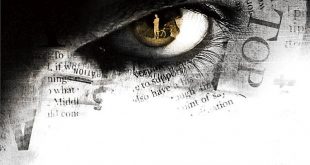 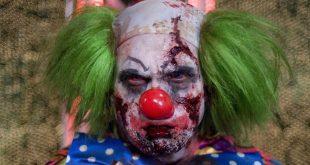 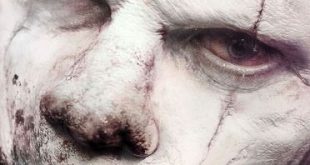