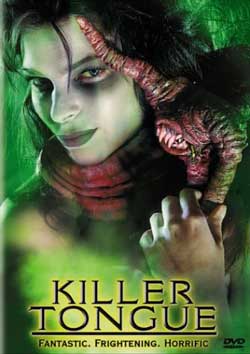 This horror story involves a woman hiding out with four pastel colored poodles in a desert gas station with the loot from a heist while her boy friend does prison time. A meteorite crashes near the station transforming the woman into an alien being with a gigantic voracious tongue and her poodles are transformed into four drag queens. The whole thing grows even weirder as her boy friend escapes from prison and also encounters the meteorite, as does a mute Nun who is converted into a sexy drum majorette. Pursued by the prison officials who are after him, the whole group eventually come into conflict.

15 minutes into this film will have you scratching your head on if this falls more into a horror film or cult film category. It’s my belief that just by default with its quirky story and comedic flavor its falls into both. In fact, you might as well throw in some sci fi into it as well. And if you had trouble tracking it down its mostly because it a Spanish made film usually titled under its foreign name of “La lengua Asesina”. Director, writer Alberto Sciamma had a winner with this one that includes a starring performance from Robert Englund who plays the prison camp Nazi overlord Captain Screw. You won’t find Freddy, but you’ll sure see his dark persona shine thru in a similar way.

What is particularly attractive and in fact the major appeal of this film is the inclusion of Melinda Clarke as the top headliner playing the role of Candy. I’ve always been a fan of her appearances whether it was “Spawn”, her masochistic role in “Return of the Living Dead” or even her more conservative role in the “Nikita” TV series. 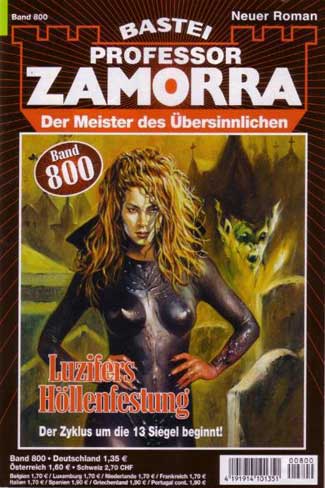 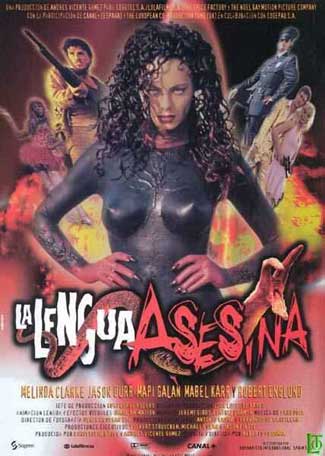 We begin on a heist that has her and her boyfriend Johnny (Jason Durr) making off with the loot . We are told that he takes the fall for the robbery so that he can return to her later once he is paroled. Candy, trying to stay low and out of the media takes on a temporary job at a local convent where she does her best attempt to be pure and proper. Though this only lasts until she gets word of Johnny’s upcoming release. Meanwhile a mute nun back at the convent is in mid prayer when a meteorite from above coming looms down. It missiles directly for Candy who is instantly turned into a snake-tongued latex wearing alien of sorts.What is most effective is the transformation in which her entire body becomes costumed in a ski tight latex that morphs over her skin and changes her into a demon vixen sort of creature. Though a rather hot one at that, she has bigger troubles dealing with this extremely long alien tongue that seems to also have a mind of its own. Her 4 poodles are also converted into 4 oddly acting drag queens that proceed to paint the entire house pink. Yep, it all sounds a bit odd, only because it is. Though the horror aspect comes with her serpentine tongue that kills its prey and eats as its pleases. Candy takes awhile to adjust ………..but soon becomes comfortable in her own skin. 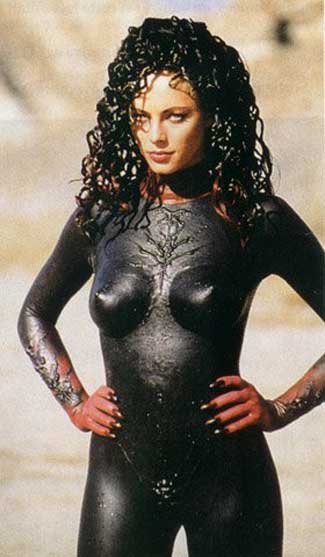 If, that all sounds good, it gets even better. This new tongue attachment becomes an entity of its own still within Candy that talks, carries on conversations and even does so in a cynical way. Still lethal to those who threaten it, it becomes sort of a friend to the family and somehow manages to impregnate Candy. Meanwhile back at the prison camp, the boys manage to overthrow and run off finding some weird alien monolithic rock. The rock gives off a pleasurable energy that results in self destruction.

Ya, I think this film while interesting, suffers from a little bit of too much going on at once. The story is comedic and horrific but very fragmented in its effort to deliver in its cult filmish skin. Horror fans might also recognize another player in the game, Doug Bradley (Pinhead) who plays the part of Wig. I will confess, I didn’t make the connection at first when he appeared be recognized his face later in the film. 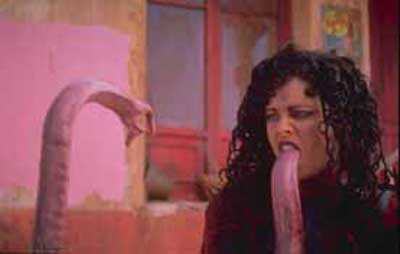 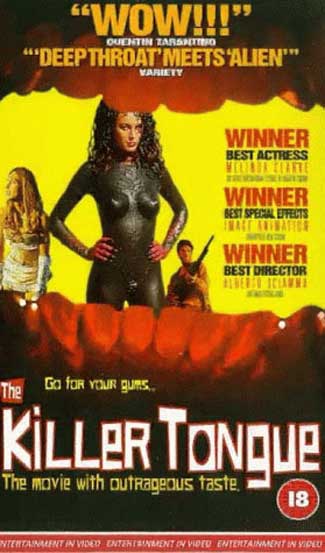 The movie as mentioned before is an odd combination. We got snake tongues, drag queens, nuns gone wild, bank robbers, prison guards, aliens and alot of snake tongue thru the head moments. I think you should check this out for its quirkiness and for simply a great film that has Melinda Clarke looking really hot.