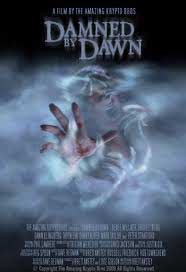 How did you come up with the story for damned by dawn?

Many years ago I remember watching the Disney film, DARBY O’GILL & THE LITTLE PEOPLE which featured a Banshee. The visual aspects & concept of a Banshee scared the bejeezus out of me! So as we nutted out the story I began to research the Banshee mythology a little further and found it to be the perfect fit for what we needed.

Is it a difficult transition from writing the screenplay to capturing your vision on film?

Well what you have in your mind’s eye when writing doesn’t always translate to when you’re on location and shooting the film. Mostly because of the lack of money & resources we didn’t have, which resulted in many compromises. Or levels of compromises! But out of diversity comes creativity, which sometimes results in happy accidents on set.

How did you choose your film locations?

For the exteriors and woods we needed to find a location that was foggy. So one day we jumped in the car for a location recce & drove 2 hours to a place called Ballarat in central Victoria. During winter, Ballarat is renowned for its fog. And sure enough, when we arrived the fog was just perfect. It was pea soup thick! Absolutely ideal. However, a month later when we started shooting, Murphy and his freakin’ law descended upon us with a vengeance – meaning there was no fog. Every morning we’d wake up to bright clear blue skies & without an ounce of fog!

What was a normal day of shooting like on the set of damned by dawn?

A normal day pretty much consisted of madness -from the moment we woke up until we went to bed! Most days the cast & crew were well & truly in “survival mode” – just to get through with their sanity intact! It’s fair to say it was a huge challenge shooting this film with very little money. But thankfully the cast & crew were really into it & up for the challenge.

What movies or directors inspire your creativity?

I really could be here all day answering this question! If I had to narrow it down, I’d say Ray Harryhausen’s MYSTERIOUS ISLAND & GOLDEN VOYAGE OF SINBAD still inspire me after all these years. In regard to directors, I’d have to say the Coen Bros & Don Dohler. The Coen’s inspire me for their craft. And Don Dohler still inspires me daily for his “just do it” mentality. His Cinemagic magazine was my bible whilst I was a teenager making stop motion Super 8 epics.

What was the most difficult scene to film?

Probably the climax. Because it was the last scene we shot for the film, & by that point most of the other cast had finished up & the crew were absolutely exhausted. I say “crew”, but by that point in the schedule most of the crew had left the production. So during the last few nights it really was a miserable time because we simply didn’t have enough people! And when I say enough people, it was literally just 5 of us trying to shoot the climax! And it was a race against not only starving off mental & physical exhaustion – but against the light as the sun was coming up! 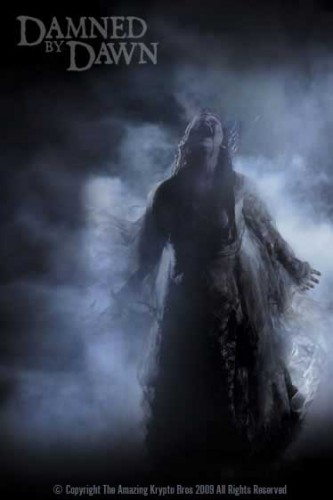 Do you have a favorite part of the movie, perhaps a moment you are most proud of?

I’d have to say the first appearance of the Banshee as she enters the house – that whole set piece seemed to work well & we got some good stuff. Also the sequence with Claire as she moves through the shed looking for Jen. The location there was perfect and unlike the rest of the film, there were no compromises!

Do you have any interesting behind the scenes stories that happened during filming?

There are so many! But the first that springs to mind is the adventures we had dealing with the roaches. No one liked to handle those pesky little buggers – and being a no budget film we didn’t have a “roach handler”. It was more a case of “can someone go get the roaches, we’re ready to shoot”. Surprisingly, the roaches don’t take direction too well either. We’d line up a shot, wanting the roaches to run from point A to point B. So we roll camera, call action & release the roaches… and they’d run in every other direction except where we needed them to run! They’d scatter away so it was always a race to try to recapture them before they permanently escaped. Principle photography ran for 26 days and we purchased 950 roaches in total! Do you believe in the afterlife?

My Spirit Guide Sam has requested that I don’t answer that question ;-)

What is next on brett anstey’s agenda?

Currently we’re developing a sci-fi horror adventure comedy which is an absolute hoot to write so hopefully that’s the next film out of the Amazing Krypto Bros stable. 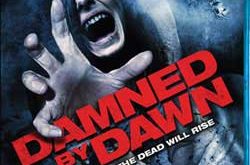 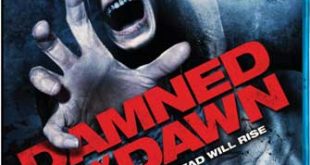