My Soul To Take

My Soul to Take

There are new pictures available for the Wes Craven thriller My Soul to Take. This will be the first time that Wes Craven has written a feature film since 1994 when he did New Nightmare. This film has been through a few different titles so you might know it by “Bug” or “25/8”. The title 25/8 originally began because in the film there was supposed to be a line that if you fight the devil 24/7 it’s not enough, you need to fight him 25/8. Good thing they dropped that because it sounds pretty lame if you ask me. The title Bug was thrown around simply because it’s the nickname of the main character.

The plot is said to go like this. “In the sleepy town of Riverton, legend tells of a serial killer who swore he would return to murder the seven children born the night he died. Now, 16 years later, people are disappearing again. Has the psychopath been reincarnated as one of the seven teens, or did he survive the night he was left for dead? Only one of the kids knows the answer. Adam “Bug” Heller was supposed to die on the bloody night his father went insane. Unaware of his dad’s terrifying crimes, he has been plagued by nightmares since he was a baby. But if Bug hopes to save his friends from the monster that’s returned, he must face an evil that won’t rest…until it finishes the job it began the day he was born. “

Seems like Wes Craven has been very busy lately. Between this and Scream 4 he is just hitting films hard. This is due to come out October 29, 2010 which is an interesting choice since it will put this film head to head with Saw VII and Paranormal Activity 2 and each of those films are a powerhouse with built-in fan bases. Gutsy move by Rogue Pictures. 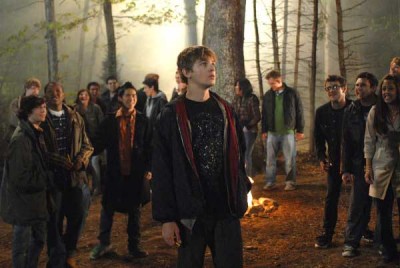 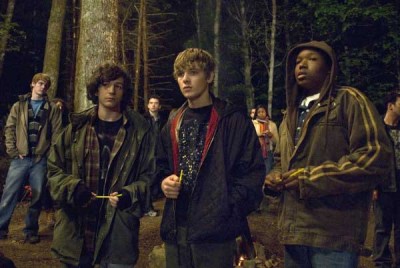